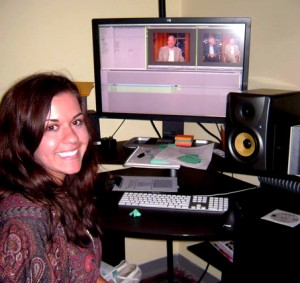 Latest Addition to the Orlando Crew

When Christina Klimis, our newest editor in Orlando, saw the posting online for Go To Team she instantly applied.

She started out working for her middle school, and then high school morning shows, becoming heavily involved in all aspects of production during her high school years. Christina created videos for the Pinellas County School System, entering film contests and documenting community activities. After high school, she had her mind set on moving to a bigger city to pursue her career in television production. Graduating from University of Central Florida in May 2008 with a Bachelors degree in Digital Media, she was hired as a production assistant at Pink Sneakers Productions.

For the next year and a half, she worked her way up from assistant editor to segment producer. She story-produced two episodes of TLC’s Documentary series “Truth Be Told.” She also worked on “Hogan Knows Best” (VH1), “My Big Redneck Wedding” (CMT), “Miami Social” (Bravo), “Live for the Moment” (CBS), and various other reality television shows.

As the newest addition to our Orlando crew (on the Universal Studios Orlando backlot), Christina edits on Final Cut Pro, assists with pre and post production needs,  and recharges on roller coasters during her lunch break. 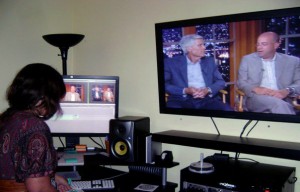