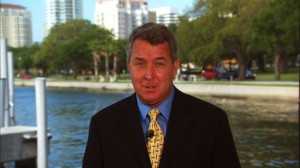 Recently the governor of Florida, Charlie Crist, announced he will be running for senate with no party affiliation in St. Petersburg. With such a big announcement at hand, Orlando based crew Dan Lowrey made the trip down to Tampa to cover the press event. Lowrey started off his day going live for The Today Show with Kerry Sanders and continued coverage for MSNBC throughout the day. The buzz was big enough to go live the following day for MSNBC for continued coverage on Governor Crist. 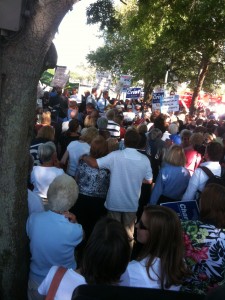 Crowd waiting for Governor to speak 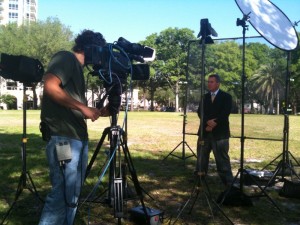