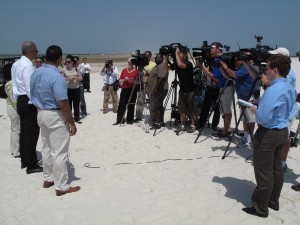 Orlando Crew following the Oil Spill all the way to Alabama

Attorney General Eric Holder surveyed areas affected by the oil spill in Dauphin Island, Alabama. The Attorney General also met with local community members that were impacted by the disaster. Orlando based crew Dan Lowrey made the long drive to the island to cover the event for FOX News. Equipped with the Panasonic HDX900, Lowrey shot the event, then high tailed it out off the island taking a ferry to the satellite truck. For the last two months, Lowrey has been on the road shooting for FOX and NBC news covering the oil spill from New Orleans, Louisiana to Pensacola, Florida. 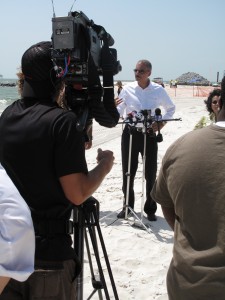 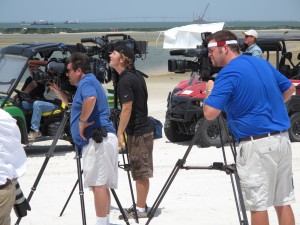