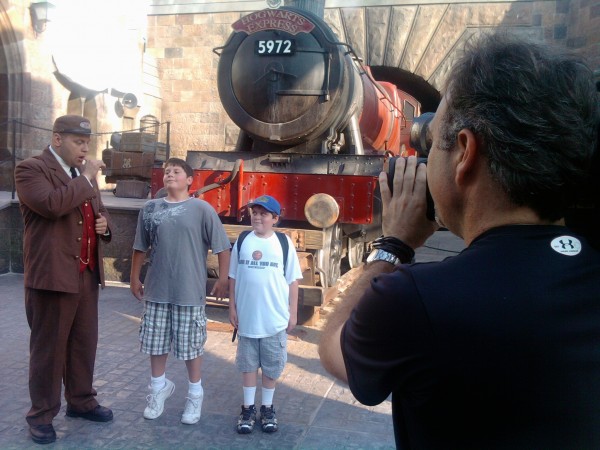 With Beckmann and EP Sue Stauffer coordinating 3 full High Definition Crews, the team was able to capture B-roll and interviews throughout the new land in Islands of Adventure! 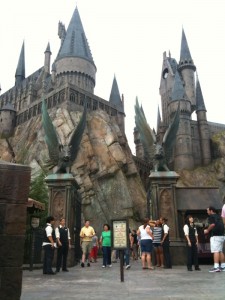 Shooting on the Panasonic HDX 900, cameraman Dan Lowrey and Marten Kaufman (along with audio operators Jim McMannus, George Moshonas and Paul Gramaglia) managed to find time in between shots to sample the worlds only Butter Beer and Pumpkin Juice at the Hogshead Pub!

The early morning “Rope Drop” began at 8AM, where select park guests were able to get a sneak-peek of the Wizarding World.

Olivanders Wand Shop, where the wand chooses the wizard among the daily visitors – The Owl Post, where guests sent postcards with a unique postal stamp from Hogsmeade Village – Zonko’s Joke Shop, stocked with everything from Extendible Ears and whacky trinkets from the films, to various hats of all kinds – and HoneyDukes Candy Store where Bertie Botts Every Flavour Beans await the weary palate!

Entertainment shows fill the streets, while Dervish and Bangs has every piece of Potter apparel from robes, to scarfs!  And the restaurant, Three Broomsticks, boasts a feast fit for every Muggle! 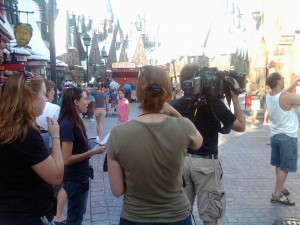 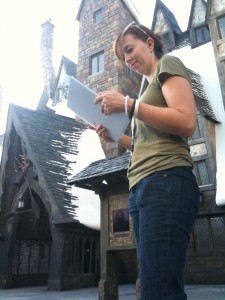 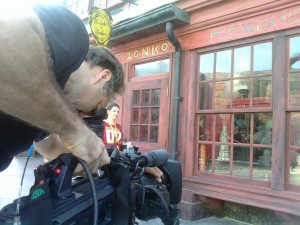