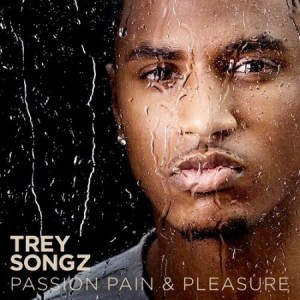 R&B sensation Trey Songz’ recent  album release last month of “Passion, Pain & Pleasure” brought the opportunity to work on an awesome project for everyone here at Go To Team. A special edition of the album, available at Target Stores, included a DVD featuring a private concert where Trey performed several of his hit songs for some of his biggest fans. Atlantic Records turned to Go To Team’s crews to direct and shoot the concert DVD which took place in a hidden away rehearsal studio outside of Atlanta.

The production challenges were numerous – multiple cameras shooting a one-time live performance with no rehearsals, in a space that was not designed to accomodate crowds. The electricity in the building was also pushed to its limits already, which left no headroom for the electrical requirements of our production lighting. To top it off, the rehearsal space was anything but pleasing to the eyes, which really pushed us to get creative in how we were going to light and shoot the event. Along with Trey there were 5 other band members to light and provide coverage for, plus we had about 40 fans that were going to be scattered around. It was supposed to be an intimate environment, but the studio looked more like a meat locker – BEFORE we got ahold of it, of course! In the end we went with 575W Lekos for almost all the lighting. They allowed us to focus light on our subjects from a distance while keeping our overall wattage down. The focused beams of the Lekos also allowed us to light only the parts of the room we wanted, while leaving the undesirable corners of the room dark. Our saving grace was one huge brick wall on the side of the venue that we were able to wash with light and use as a background. Several hours and a few carefully placed colored gels later we had the studio looking amazing. It was a full team effort, with Go To Team crews travelling in from Raleigh, Charleston and Charlotte to support our outfit here in Atlanta. Trey and Atlantic Records were ecstatic with the results, as were we!  – Tom Wells

Go buy the Trey Songz special edition album and DVD,”Passion, Pain & Pleasure”, available in Target stores and online at Target.com. But good luck finding it – much to everyone’s delight it sold out online the day of its release!