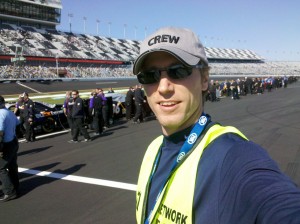 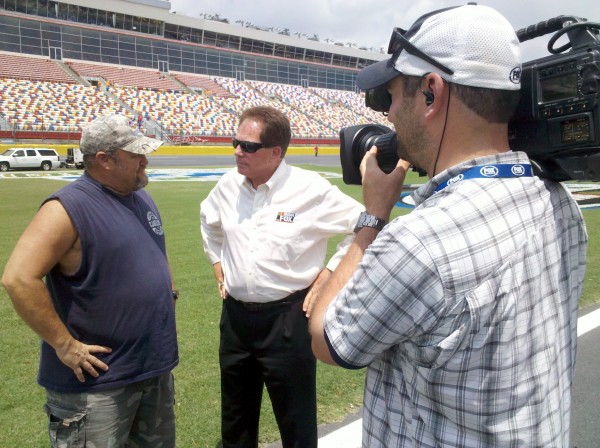 Working With DW And Larry The Cable Guy In Charlotte, NC

Go To Team’s Skip Clark has wrapped up his eighth year on the NASCAR circuit for Fox Sports.  Every year brings something different, and in that way, 2011 was just the same.  There was a new schedule with a new stop for Fox – Kansas – and there was new gear – Go To Team’s new Sony F3 and Arri Ultra-Primes.

JP's Self Portrait In Daytona 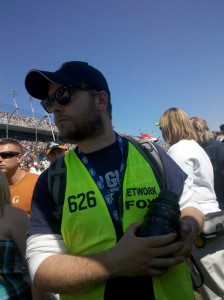 And we can’t forget this year’s apprentice – JP Biciunas!  Roger Woodruff moved on to open our new market in Nashville, TN, and passed the torch onto JP for his 2011 apprenticeship.  But some things didn’t change – Daytona and Talladega were just as long as they always are and Darlington, SC, is still really far from anything.  But the guys had a good time and that – again – was the same!  With the NASCAR season wrapped up it’s on to baseball and football! 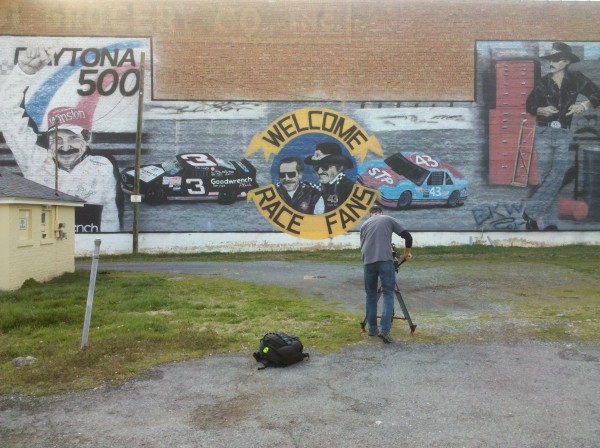