Go To Team Elite Camera Crew & Video Production Crew | ‘Cubed’ Goes On The Road – To Dallas, Texas for the SuperBowl! 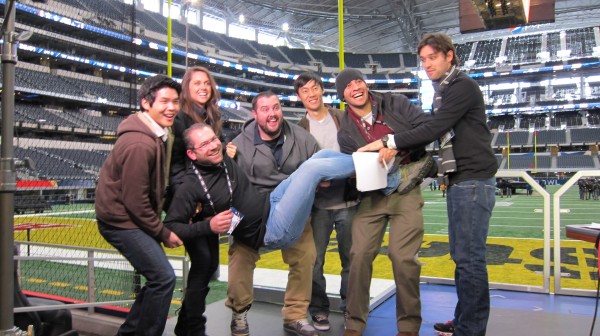 ‘Cubed’ Goes On The Road – To Dallas, Texas for the SuperBowl!

Since nearly all of Fox Sports was in Dallas for the Super Bowl back in February, it only made sense that the crew from Fox Sports Dot Com made their way out as well.  The show ‘Cubed’ that airs in Dot Com’s ‘Lunch With Benefits’ branch came out for a special appearance.

Everyone was there: Pizzi, Bernie, Michelle, and even the cleaning lady Nikki!  The whole gang was there trying to get tickets to the big game after Pizzi failed to realize that his ‘tickets’ were only good for Media Day.  Meanwhile, Pizzi managed to miss every opportunity to get free tickets from the likes of Jerry Jones and the jumbo-tron guy.  But he managed to get himself up on the big screen!  Be sure to check out all the episodes on Fox Sports Dot Com! 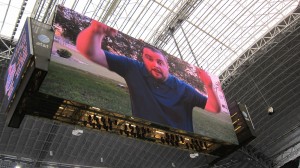 Pizzi On The Big BIG Screen