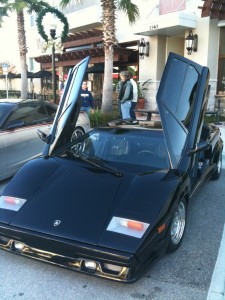 Orlando DP/Partner Dan Beckmann teamed up with Dream Factory Productions to shoot and produced a commercial for the 2011 edition of “Cars for the Cure” – a charity event featuring a show of unique cars to benefit the American Lung Association in the Greater Orlando area and throughout Central Florida.
Shooting in High Def on the Panasonic VariCam, Beckmann went on-location at Colonial Town Park in Lake Mary, Florida, the same place the event was held on February 5th, 2011 from 10 am to 4 pm. This location was perfect for shooting the commercial thanks to its ample parking lots that will double as an outdoor showroom for the cars participating in the event.

The commercial featured Peter Wilson, owner of the Orlando Premier Collection, and Don Eslinger, who serves as Seminole County’s Sheriff. Both are car enthusiasts and promoting this annual Central Florida event.

The Orlando Premier Collection is an automotive dealership offering luxury brands such as Infiniti, Aston Martin, Jaguar, Lotus and Smart—and it is the main sponsor for this charity event that will feature a wide variety of luxury and exotic cars to include head-turning supercars from brands such as Ferrari and Lamborghini.

Beckmann worked with co-producer Jim Londeree, Chief Operations Officer for Dream Factory Productions, the advertising agency that did all post-production work for the commercial.

You can learn more about Dream Factory Productions by visiting www.DreamFactoryProductions.com – Both companies are located at Universal Studios’ production facilities—commonly known as the Universal “backlot.” 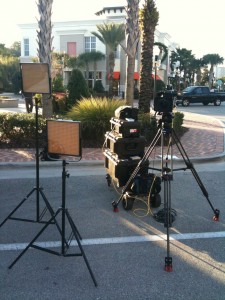 The Cars for the Cure commercial will soon be playing throughout Central Florida and more information is available by visiting the official event website at www.carsforthecure.com.