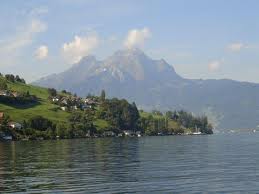 The crew spent the week in Zurich and Luzern, Switzerland, working with Tennis great, Roger Federer.  Using a three-foot Slider, 3 HDX 900 Panasonic cameras, and a Canon 5D, the crew captured beautiful images in one of the most breathtaking spots in all of Europe!

It was an “all-hands-on-deck” shoot.  Audio operator, Carl Mullins had his hands full – not only with audio responsibilities, MP3 transcription recordings, and lighting duties, but Carl also helped man the third camera position during Roger’s interview.

It was a true team effort!  Now, it’s off to Italy for a day, then back home to the States for the next, big gig!