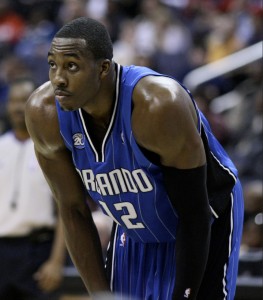 Gatorade has been keeping athletes hydrated for over 40 years!  And not only does Orlando DP/Partner Dan Beckmann like to drink it, but he likes to shoot it, too!  And shooting is exactly what he did for TNT Sports and Gatorade.

of the G Series’ O2 Perform, Gatorade worked alongside Go To Team and TNT Sports to capture NBA Superstar, “Superman” Dwight Howard.  Shooting two commercials for air during the NBA All Star Game, Beckmann (shooting HD 24p on the Panasonic VariCam) captured every moment of Dwight Howard, as he slammed his way passed the Cleveland Cavaliers to a packed Amway Arena in Orlando, Florida.

Shooting on a 22X long lens with a fluid style, gave Beckmann the ability to translate Howard’s power and charisma both on and off the court, into glossy, visual impact.

Check out all the TNT Sports action by clicking the link below.