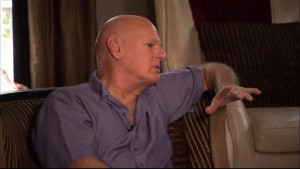 Shooting in High Def on the Panasonic VariCam and the HD POV Lipstick Camera, Orlando DP/Partner, Dan Beckmann spent the day with a musical icon, and one of the most sought after musical talents in the southeast – Tony Michaelides and Bahnz Selby.

For the past thirty years, Tony has worked as a promotions executive in the music industry, handling radio and TV promotions with some of the biggest names in music: U2, The Police, Peter Gabriel, David Bowie, Bob Marley, Depeche Mode, New Order, Bryan Adams, Dave Matthews, The Carpenters, Matchbox Twenty, The Pixies, and many more.

Bahnz Selby is a singer/songwriter who’s been in the music scene since age 14. He toured with Jordan Knight (New Kids on the Block) and other nationals over the last four years.  Bahnz spent time in Nashville as a session player and  has been compared to Rob Thomas, Travis, and Foo Fighters.

Bahnz says, “We’re after an art that’s smart, reminiscent of the modern pop/rock favorites, but with an emotion packed atmosphere that takes you somewhere unexpected.”

Recently, Selby has opened for national acts, including Lifehouse, Filter, Uncle Kracker, Rehab, and Ryan Cabrera, to name a few.  The crowds he attracts are epic, and a recent review from the Miami Music Festival put it this way,  “Selby’s songs whistle in the sky, come down and plant those that surround.  Almost cement like.” 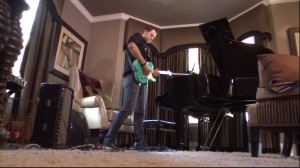 Selby’s time is now.  Currently, The Golf Channel uses their song “Under My Skin” as the title track for their series, Destination Golf.  Thirteen other Selby tracks have been placed in the show, as well. 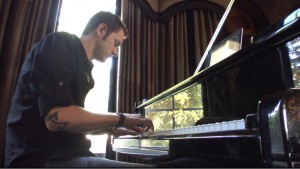 Bahnz playing "Weight of Your Heartbeat" on Piano

Stop into Best Buy in Clearwater, Florida, on January 18th for an in store performance and meet ‘n greet. Tune into Tampa Today on WFLA NBC News Channel 8  to see Selby live on January 20th.