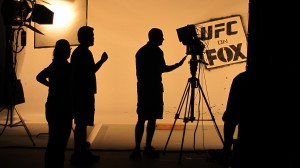 LA Crew Steps Into The Ring For Fox And The UFC 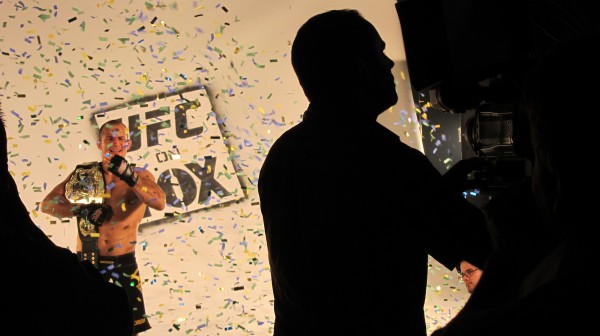 How many cameras can one DP really use in one day?  If you’re shooting promos for Fox’s coverage of the UFC, you can use three!  Skip Clark, one of Go To Team’s two crews based in Los Angeles, CA, recently DP’d the promos and artwork shoot for Fox up in Santa Clarita, CA.  Fox wanted several distinct looks for all the artwork, including fire, slo-motion, and an octagon similar to what they fight in for the big events.  Each set needed a different camera.  Skip used the Panasonic Varicam to shoot the fighters with fire; he wanted to use an ENG lens for snap zooms and then used a very low shutter angle (giving that high speed shutter look) to make the footage very sharp and edgy.  There was Fox Sports signage in both the foreground and background for Skip to play off of.  Then over with the Phantom camera, they set up a white drop with the UFC logo painted on it – simple.  But throw in pounds of confetti and a championship belt and it’s a shot – all 750 frames per second of it!  And finally, over in the octagon, they had the fighters pose and workout.  Skip used his Sony F3 and Arri Ultra Primes to create depth inside and outside the octagon on his shoulder and on an 18 foot jib.  With all the cameras, angles, and looks Fox walked away from one shoot with three distinct styles for all their promos. 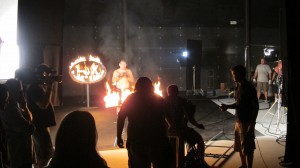 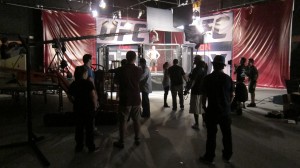 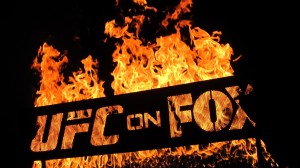