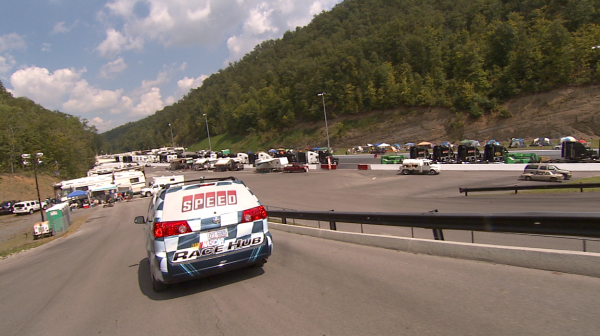 I headed out to Bristol, TN to shoot a segment on Speed’s Race Hub called, “Krash Kab.”  The segment is a play off of Cash Cab but the trivia questions are NASCAR related.  The best part is that Mr. Entertainment, AKA Jimmy Spencer is a co-host along with Danielle Trotta. 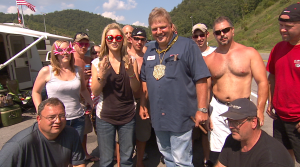 We basically spent the day on a golf cart following Jimmy and Danielle around the track as they pick up fans and ask them trivia questions.  When fans approached the van I would shoot them with a Varicam. The Speed van was rigged with six Go Pro cameras to capture Jimmy and Danielle ask the fans questions.  The technical producer oversaw the Go Pros.   When they got out of the van I was there again with the Varicam to capture the action.

This was such a fun shoot to be on.  The fans were great and Jimmy and Danielle were a blast to work with.  I can’t wait to see more Krash Kab on Race Hub! 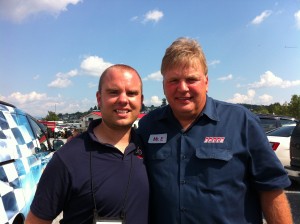 Mr. Entertainment was nice enough to pose for a picture with me! Sweet!