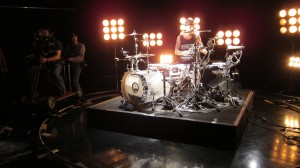 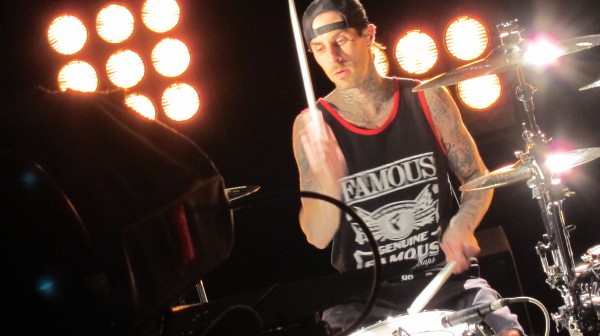 Go To Team’s Skip Clark was on stage with Travis Barker recently as he lensed a music video opening for the Fox Sports NFL pre-game show.  Fox Sports has been taking viewers through the season with a series of opens called The Journey.  Producers have brought in various celebrities from all parts of pop culture to introduce each week’s show and while Skip has shot many of them, the Travis Barker open was probably the most unique.  The drummer, noted for his time with Blink 182, brought in his full set of drums and Skip brought the lights and camera.  Big lights.

Shooting on stage on the Fox lot in Los Angeles, they set up dolly track all the way around the small stage set up for Barker and then added a series of 6 and 9 lights for the background.  The dolly mostly played the front 180 degrees of the round while Skip moved through the length of his Arri Ultra Primes kit.  Shooting everything on Go To Team’s Sony F3 and set of Arri Ultra Primes, Skip was able to crush the blacks while creating depth to make a very dramatic look for the shoot. 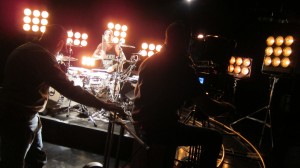