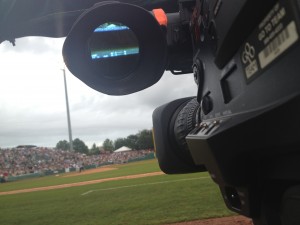 Hitting the road again, this time out to Charleston to shoot at the Riverdogs Stadium. This was cool because it’s the team that Bill Murray bought.  We were following the story of Yankees player, Alex Rodriguez, as he comes back into the game for the first time since post-season ’12. He was playing in the minors to get back into the swing of things and get his reps up, and yours truly was there to shoot.  We set up a or a live shot down on the field.  It was a soggy day, so I pulled out my EZup tent and made the set under there.  We did a few quick hits, some press conferences, some quick stand up interviews and then got to watch the game.  Thankfully it didn’t rain the ENTIRE time and they were able to play.  I camped out in the camera well, with about 20 other camera folk.  Apparently the teams only know how to hit foul balls into that particular camera well. I sacrificed myself for my camera as a ball grazed my shirt and bounced around in the dugout behind us. I shot A Rod fielding 3rd base and hitting a few times, then we wrapped it up, hit another press conference with him and headed out.

View in the camera well. 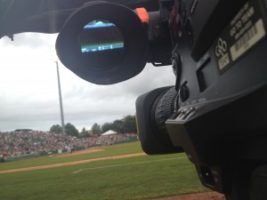 It was raining, I swear. Don’t let the blue sky fool you. 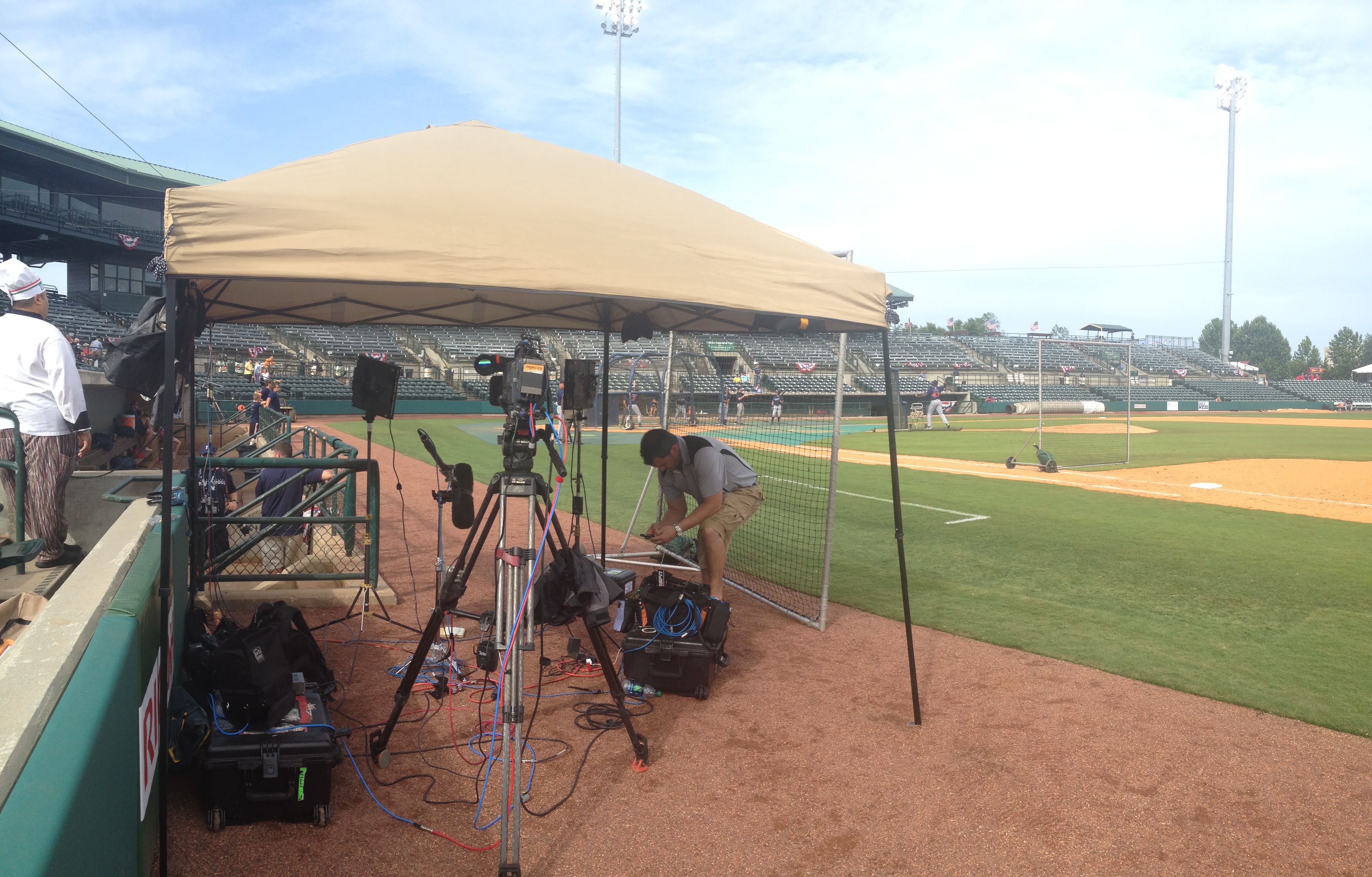 The view from the other side of the camera. 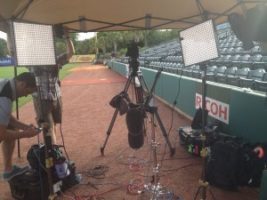 Here’s a video of Bill Murray sliding around the bases just for fun: