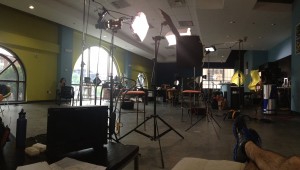 Atlanta Sits Down With Tennis Pros

When I saw this shoot pop up on my calendar, I was pretty excited.  I played tennis in college and have always had an interest in the game.  Lucky for me, the BB&T Open in Atlanta gave me a chance to watch some good tennis and meet the guys playing. This was a three camera/three day shoot that took a lot of preparation to get the set finished.  The room was full of windows – the challenge was making the day-time interviews and the night-time interviews looks similar.  I flew in a couple kinos to key and made use of my HMI to graze walls with “window light”. For the second day, since most of the interviews were in the evening/night, the set totally flipped and I ended up using a chair and a giant leaf for my background. Day three: Flip the set back to the set up we had the first day.

I thought It was totally rad to shoot in Atlantic Station – the spot where the tournament was and the players were staying.  We got a few big names, a few older players, and newer guys.  I even got to catch a little bit of the tournament in between interviews.  I really enjoyed working with the tennis guys – all of whom were really easy to work with.  Thanks to our friends at Intersport for calling me on to this shoot!

Shot of the set while we take a lunch break. Sweet furniture at Creative Loafing! 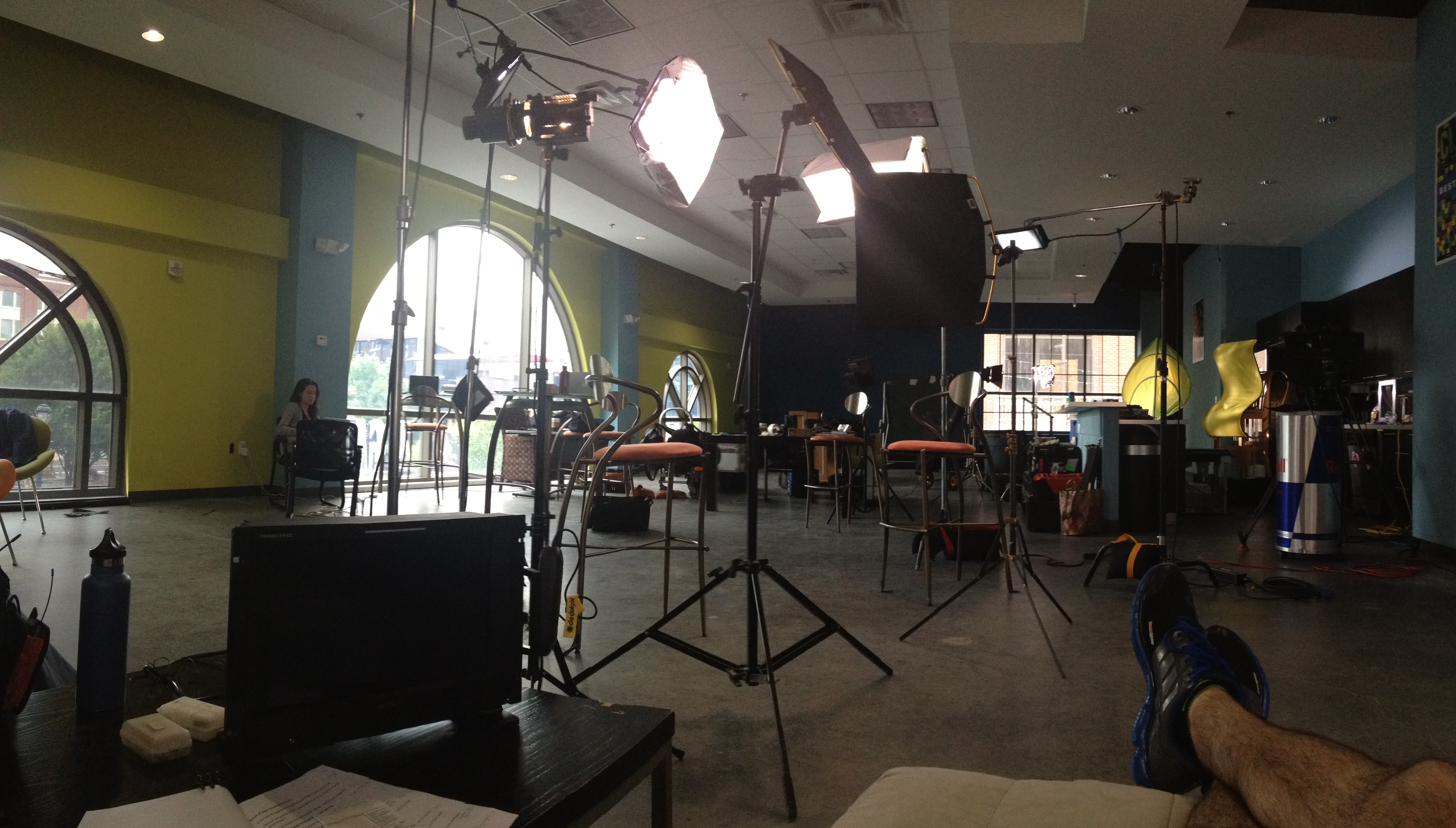 One of the courts.  We got to go inside the VIP box! The powers of a camera! 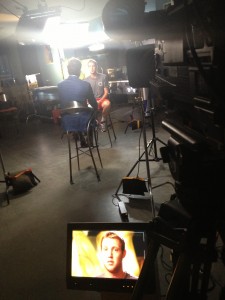 I shot a close up on the players while the other cameraman grabbed a dirty shot of the talent. 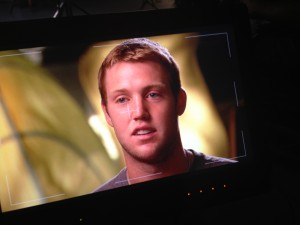