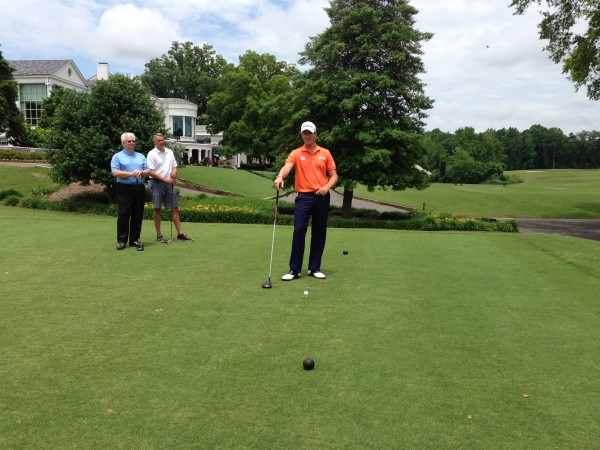 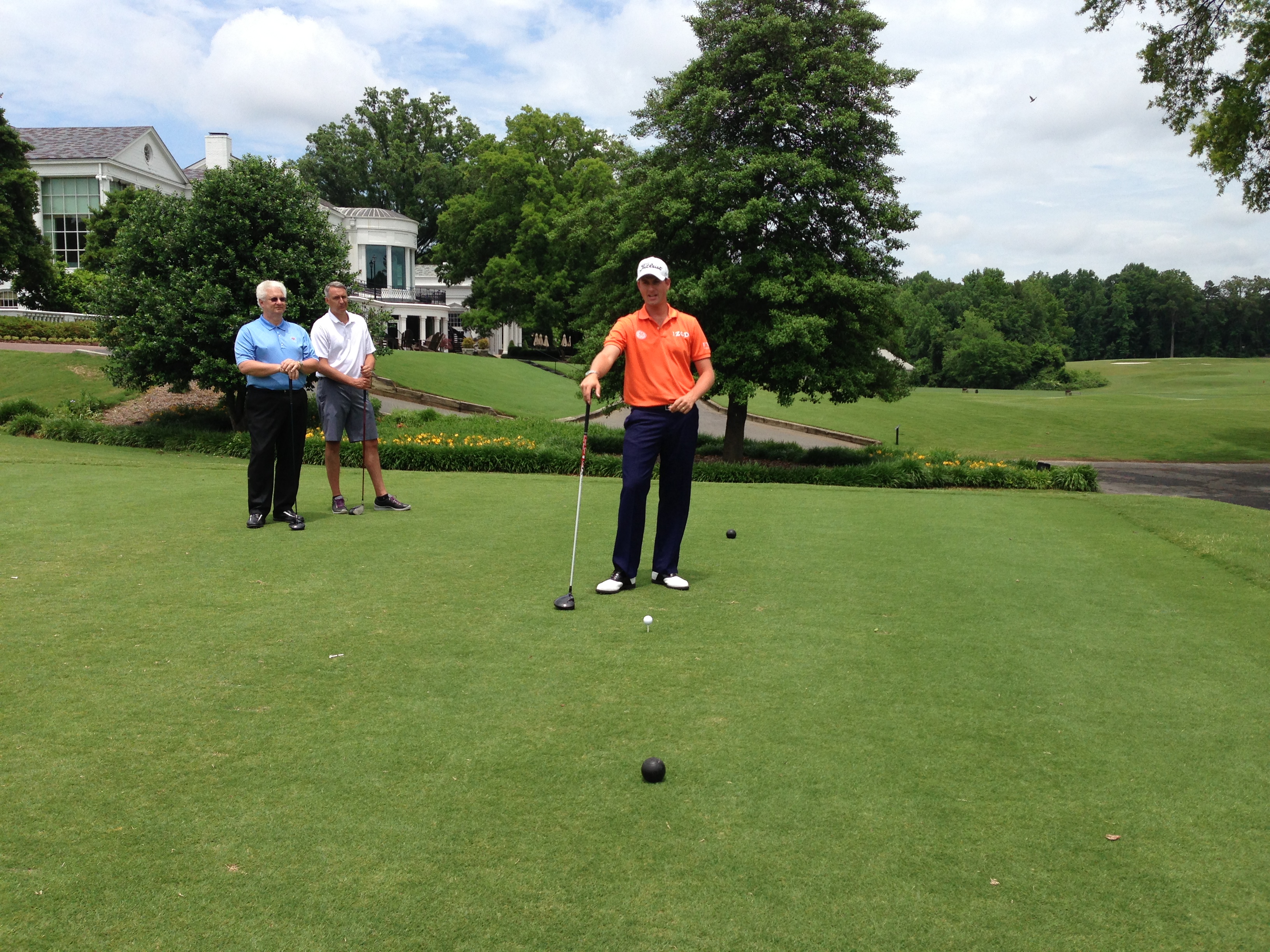 Webb giving advice on how to keep it in the fairway and out of the trees.

Joel Hinrichs and I recently teamed up here at the Charlotte Country Club for shoot with Webb Simpson. We only had Webb for about 2 hours so day one was spent blocking out all of our shots and camera moves ahead of time.  We showed up early the next morning and It was a hot and humid day with threatening clouds but luckily the rain held of and  the clouds provided a nice natural silk for even lighting. 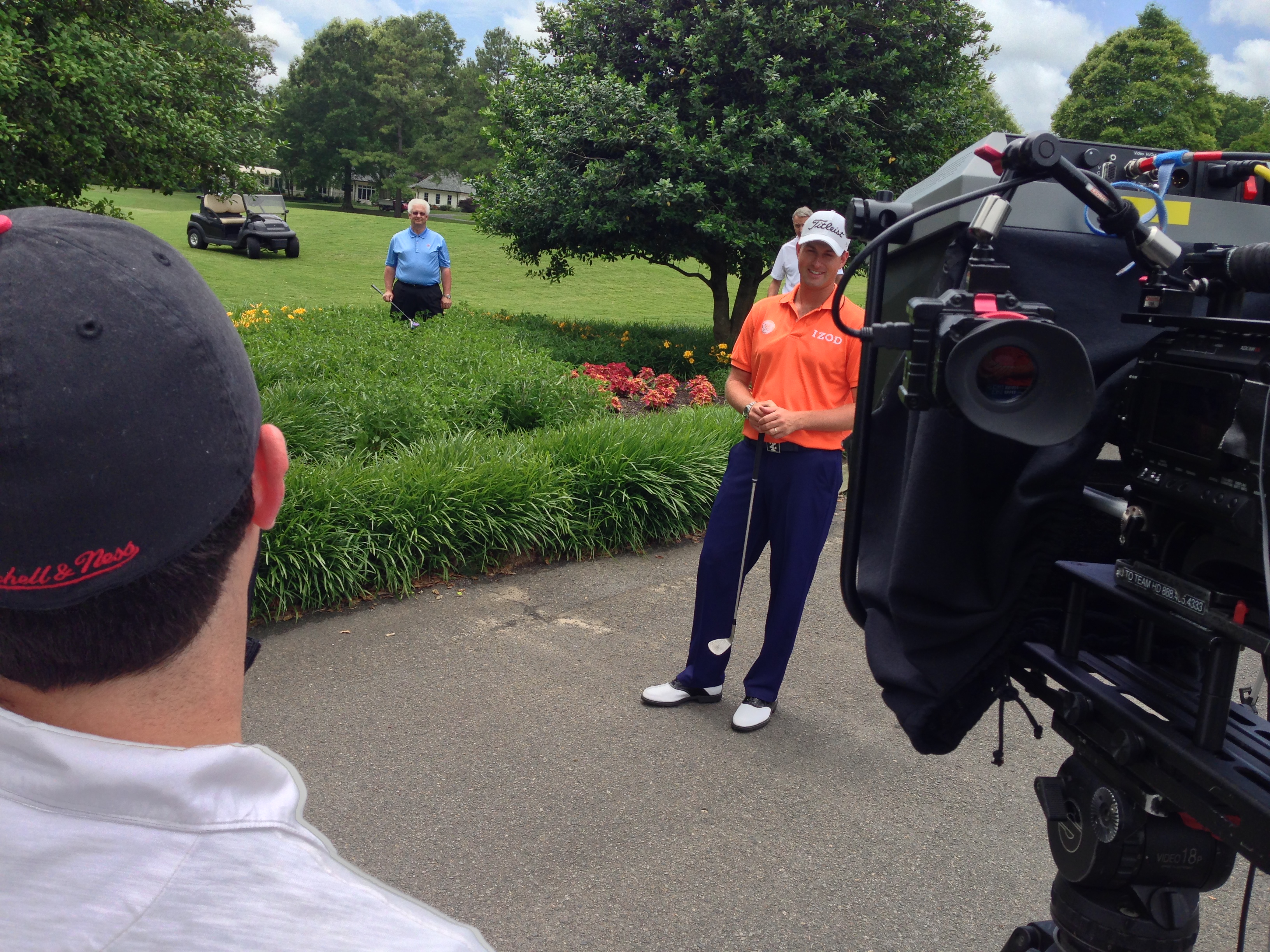 We had quite the gear rodeo because we had to move video village, telepromter, camera and extras multiple times while not skipping a beat. Webb stuck with us through the madness and he was really a peach to work with. Shooting parody golf skits with Webb has it’s perks and provided plenty of laughs throughout the day. We were shooting on the F-3/Pix240 combo which is a great add on for the F3 to shoot at 10 bit Apple ProRes422 at 220 MB  for optimum quality. Lastly, the crew was awesome and overly accommodating to work with. You definitely know within 5 minutes  of arriving to the shoot that these guys work with professional athletes on a regular basis and I lovemaking pretty pictures with these guys. Until next time gang!