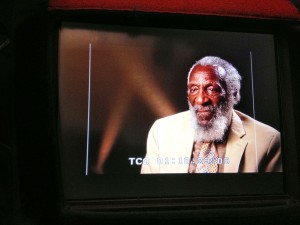 GTT’s New York crew recently hit the road and headed down to Washington DC.  There we did a shoot for the new TV show Unsung: Hollywood.  This particular episode was with comedian and activist Dick Gregory.  We had a pretty big setup for this one.  Our A cam was the HDX-900 and out B-cam was a HVX-200 attached to a MYT slider.  The black backdrop was lit with a bunch of arri tungsten lights with the barn doors clamped down and plenty of party gels to create a “Hollywood Spotlight” behind the subject.  After hearing Mr. Gregory’s story he definitely deserves to be in it. 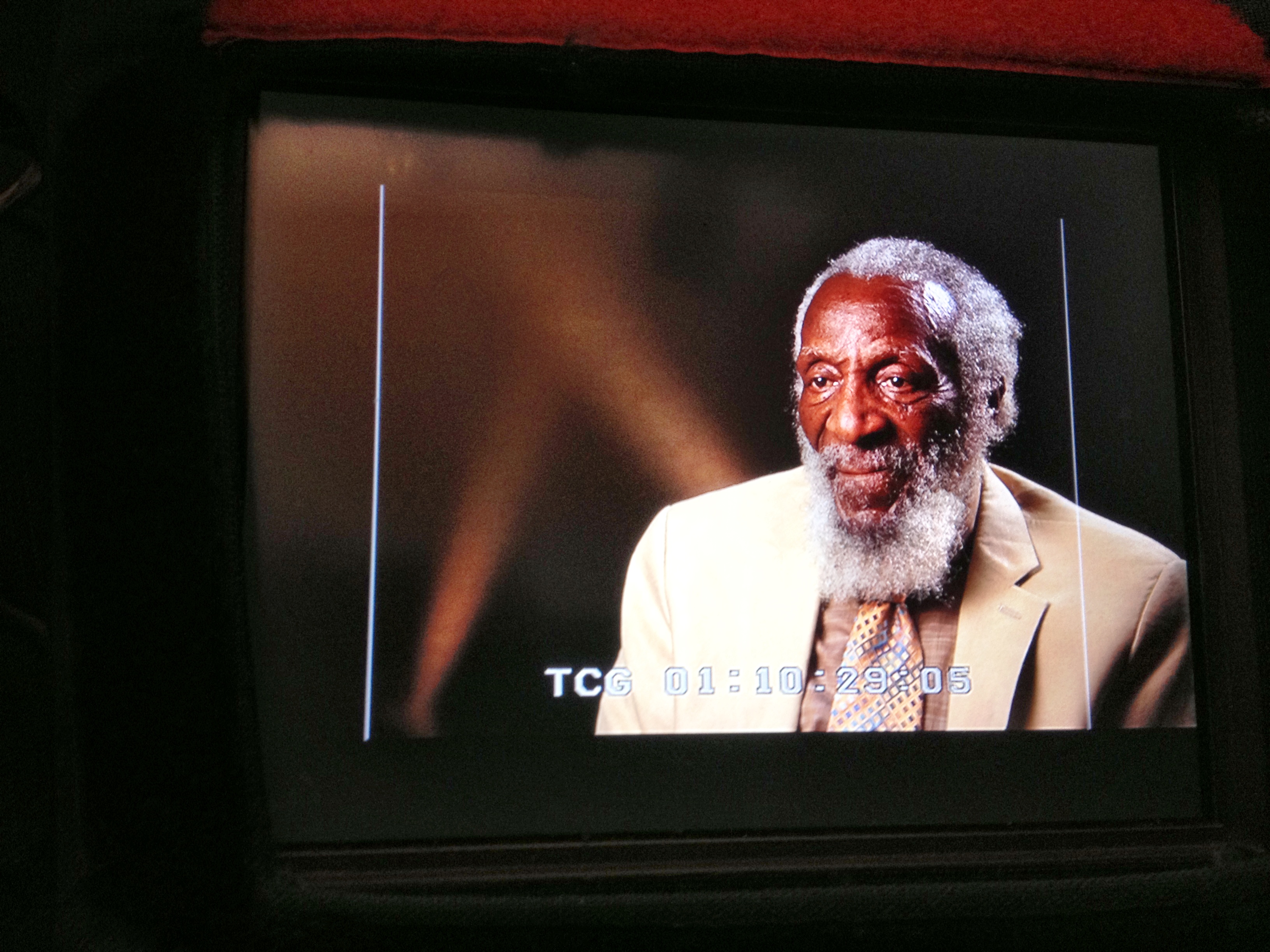 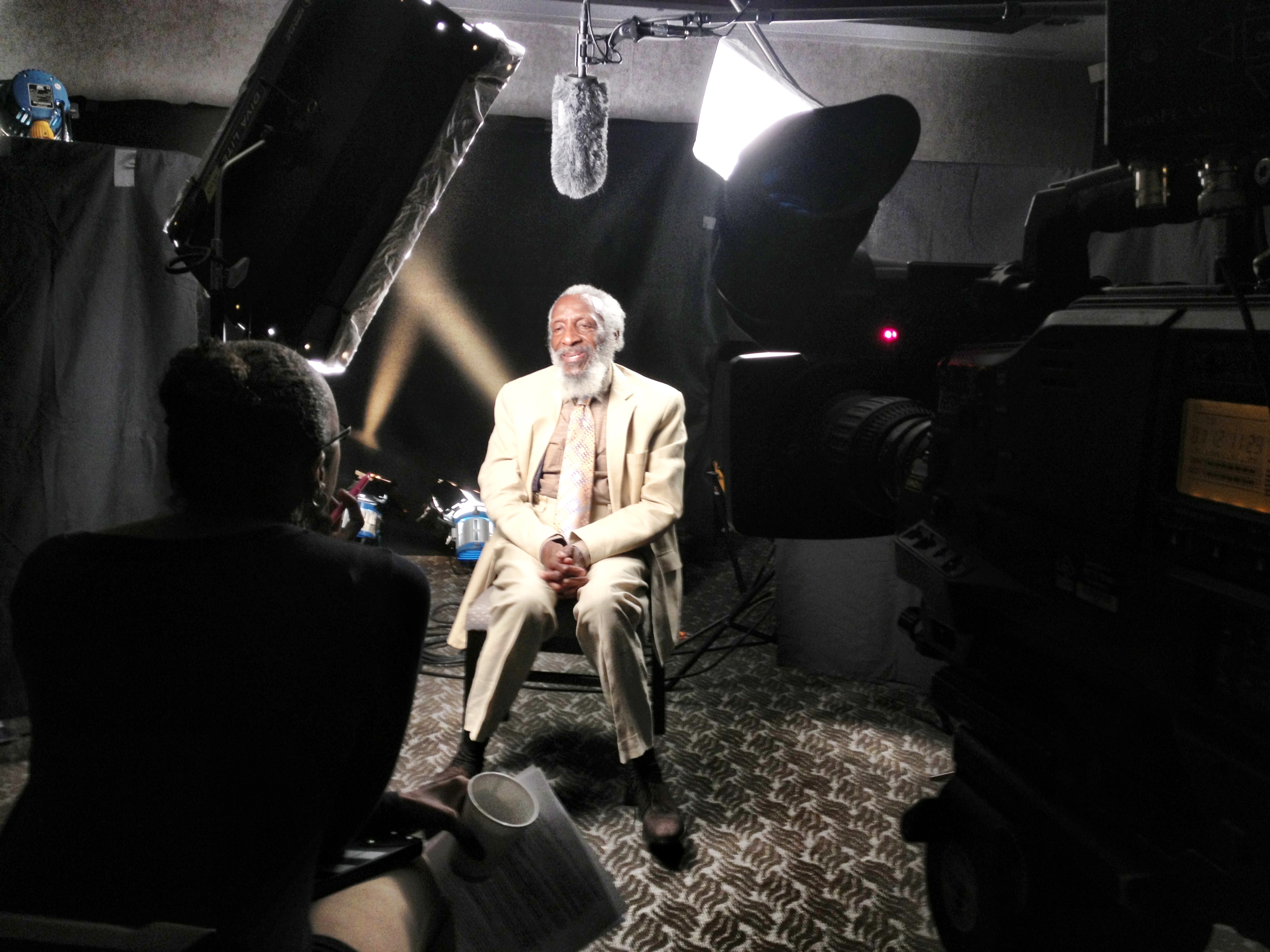