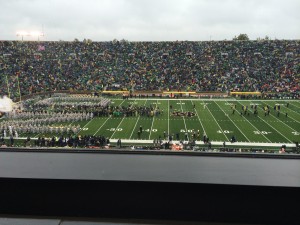 It was a cold, rainy, Saturday morning in the Midwest. A perfect day for college football, and what better match up than the Stanford-Notre Dame rivalry which always lives up to the hype with some of the better finishes in recent memory. I got the call to head to South Bend and cover the game with Pac-12 report Ashley Adamson. We shot a standup before the game at the Notre Dame tailgate with a contingent of Stanford fans who made the long trip to be in attendance for the game. We then fed the footage we shot before the game back to the Pac-12 studios via a Live U pack which uses cell phone service to act as a Satellite truck and beam the footage to the satellites waiting in California. Once the footage was all fed they were able to edit it together with a feature on Stanford’s quarterback and air it before the 3:30 EST kickoff! 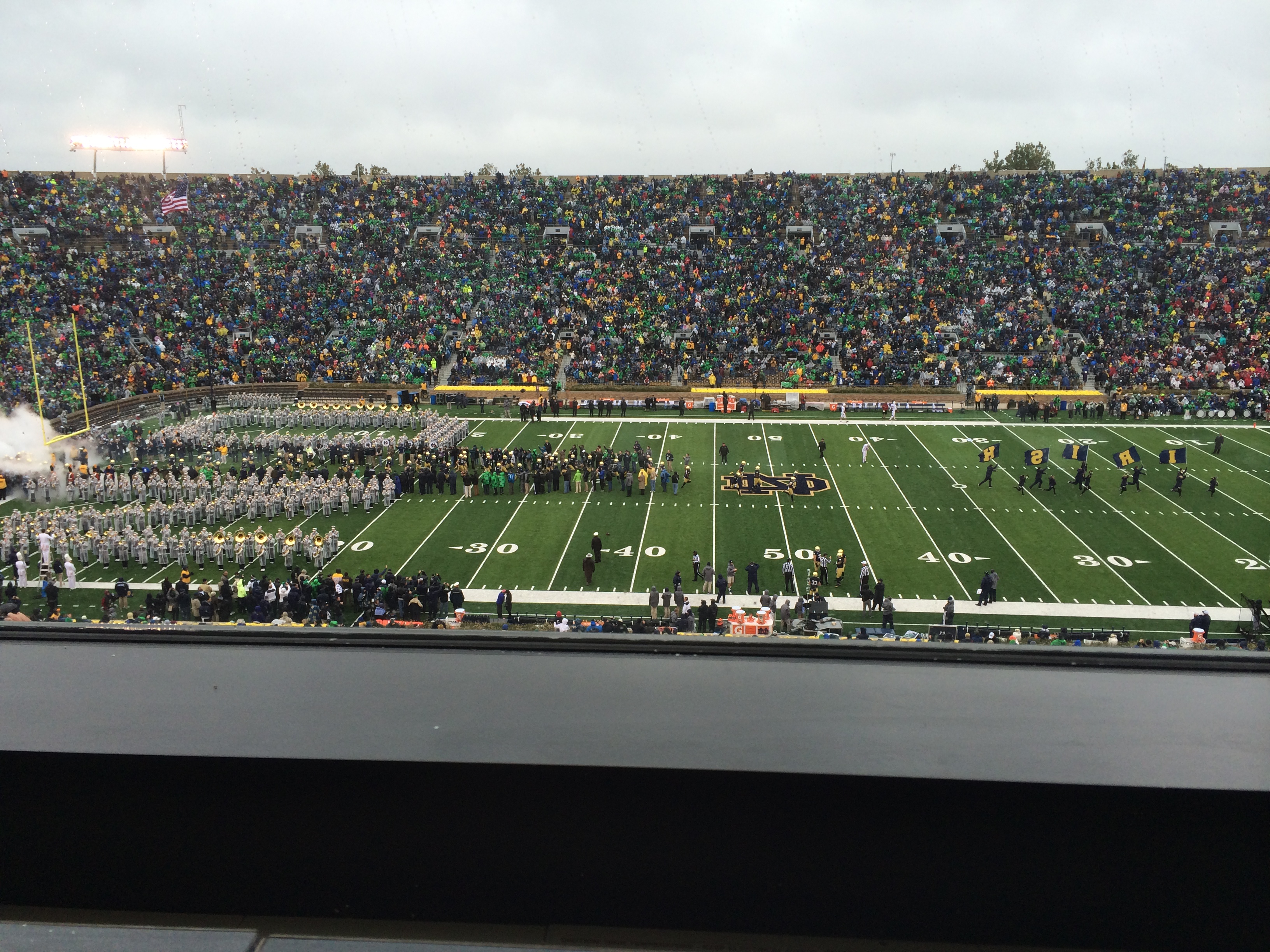 Ashley and I retired to the warmth of the press box for the game and waited until the game had ended to shoot some post game reaction and interviews. The game came down to the wire as expected and Stanford lost on a heartbreaking play in the final minute of the game as Notre Dame threw a long touchdown pass on third down and long. We caught up with some of the Stanford players to get their take on what happened and shot a stand up on the field afterwards. We sent this footage back to Pac-12 and they aired it on their late-night wrap up show. 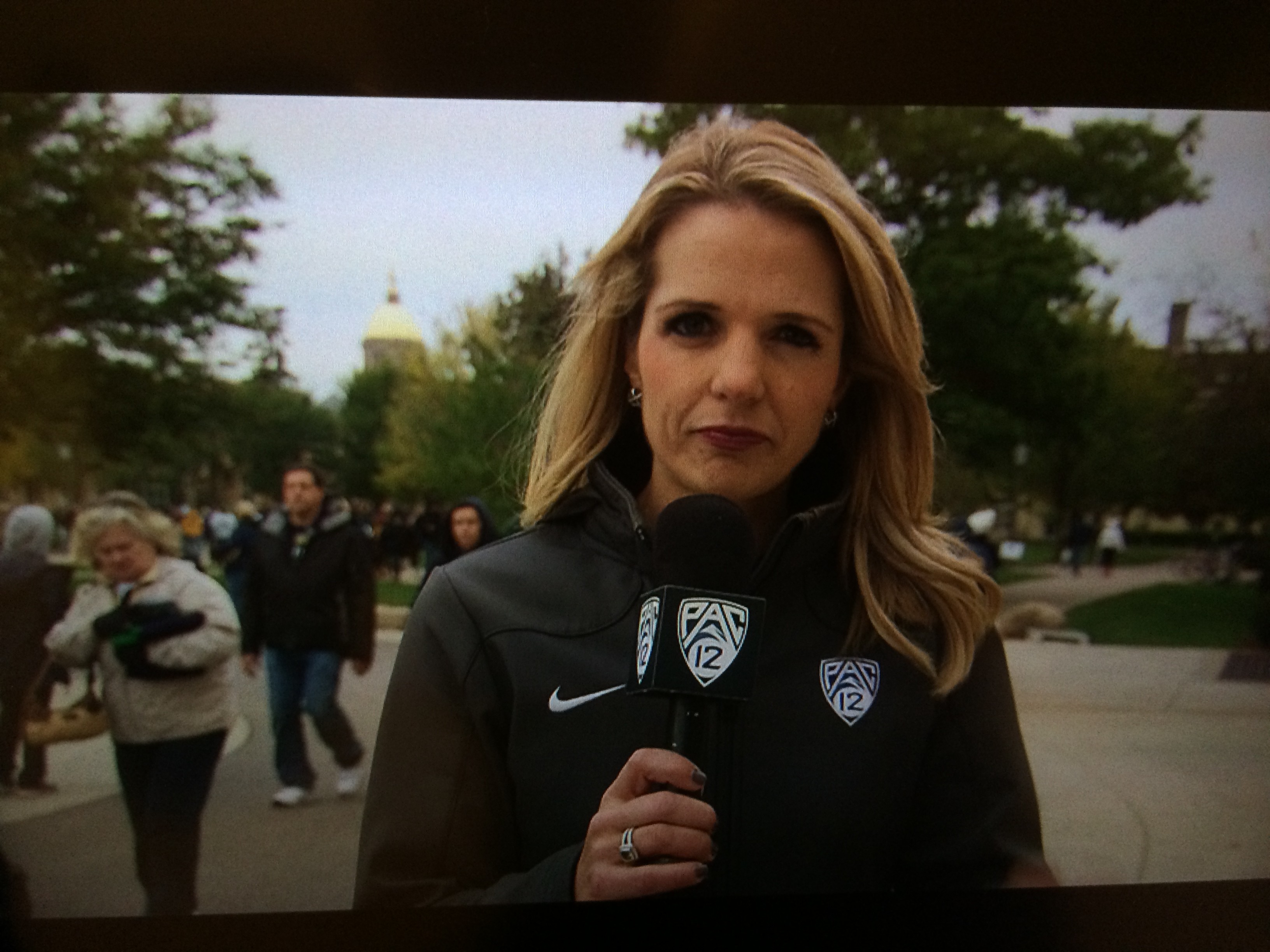 If you want to catch some of the post game footage I shot you can find it here!