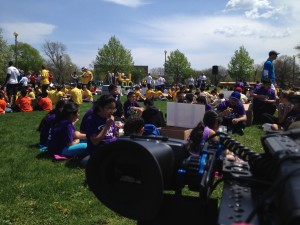 Posted 21 May in Chicago Video Camera Crew by Audrey Coates

I had been in Chicago for less than a week before I got my first assignment in the Windy City. This time it was for TeamWorks shooting a segment for their Live Big series. We ventured downtown to Humboldt Park where Big Ten alumni and athletes from the Chicago area had organized a field day for over one hundred 3rd-5th graders from the inner city. These kids don’t usually have the opportunity to get outside and play so it was a great day for them to be able to interact with their role models and get in on some good tug-of-war and water balloon toss action. 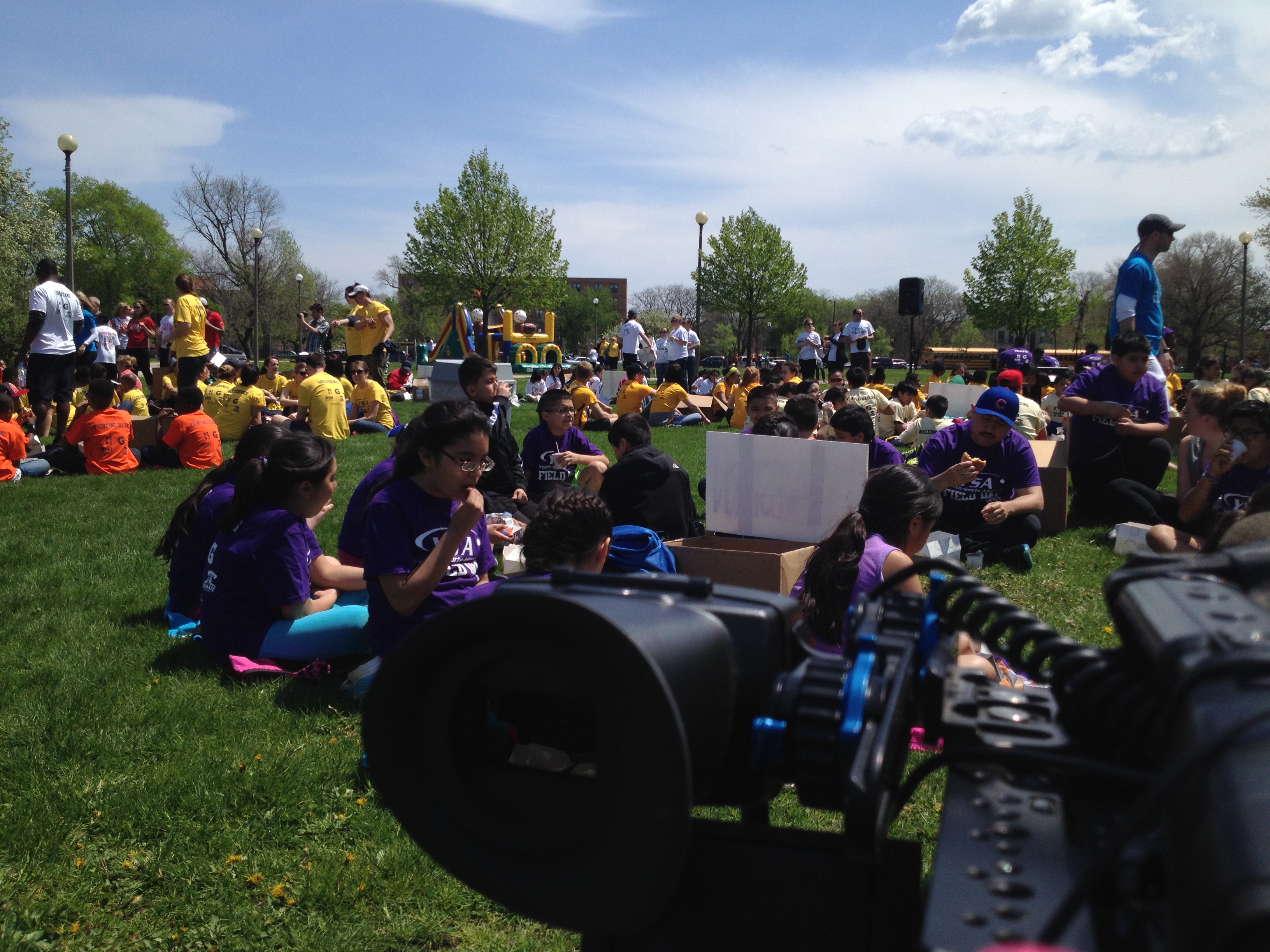 I covered the event with my Sony F3 and slider using Canon glass. I captured great moments in slow motion including some exploding water balloons and the Northwestern football players losing tug-of-war to a group of young girls. We also setup for some interviews with some of the organizers of the event and the guest speaker, former Northwestern and NFL tight end, Zeke Markshausen. 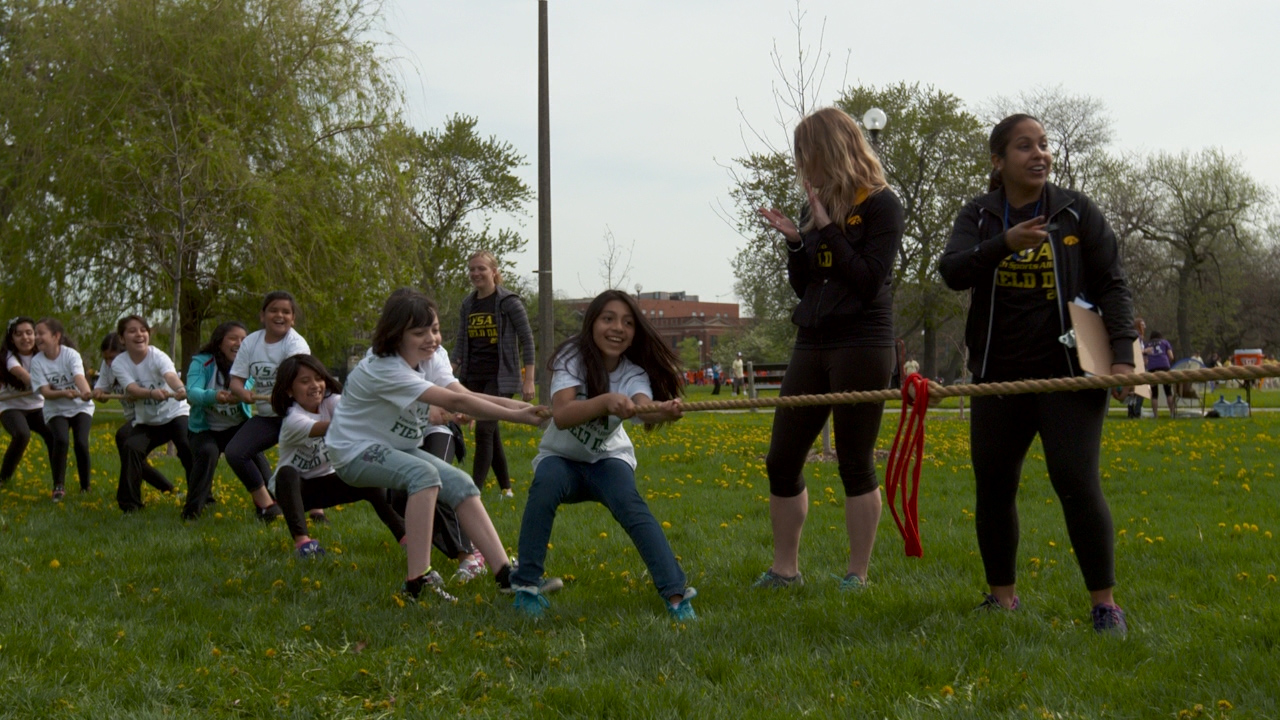 As a Big Ten fan myself this was a fantastic shoot to kick things off in Chicago. The weather was perfect, the event was a blast, and most of all it was rewarding to be a part of such a fun day with these kids who were just glad to be outside enjoying the weather and some friendly competition! Can’t wait for the next one! 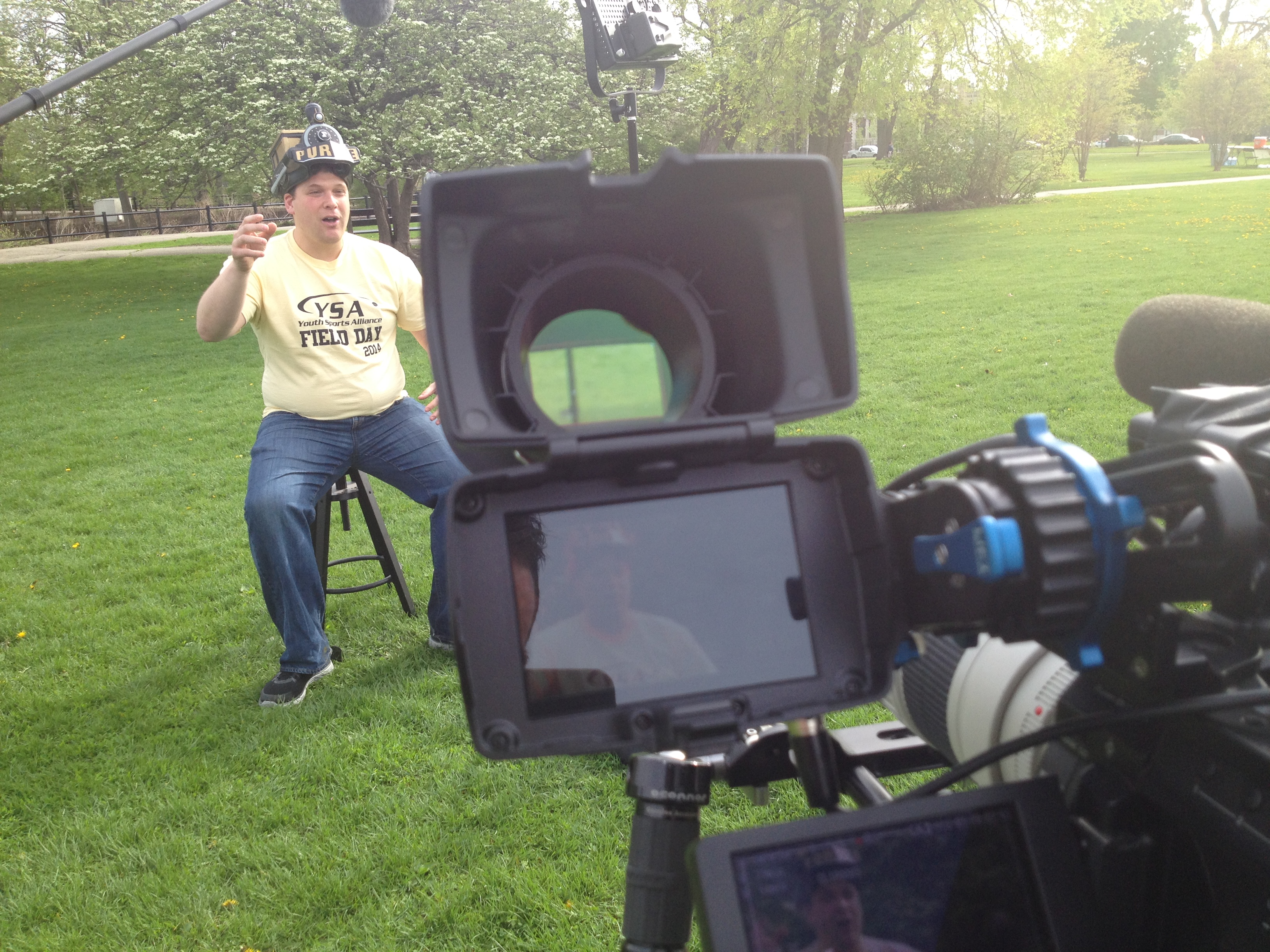