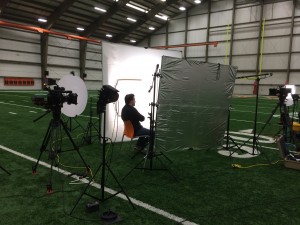 Chicago Video Crew rocks out in Cleveland for Fox Sports

With football season in full swing, I’ve been getting some great opportunities to shoot some cool interviews with NFL players from all over. This time I had to make the trek to Cleveland, Ohio for Fox Sports to interview Brian Hoyer the quarterback for the Browns. I arrived at the Browns training facility near the Cleveland airport and met up with the DP Matt who also works out of Chicago. Together we set to work lighting a two-camera sit-down inside the field house. 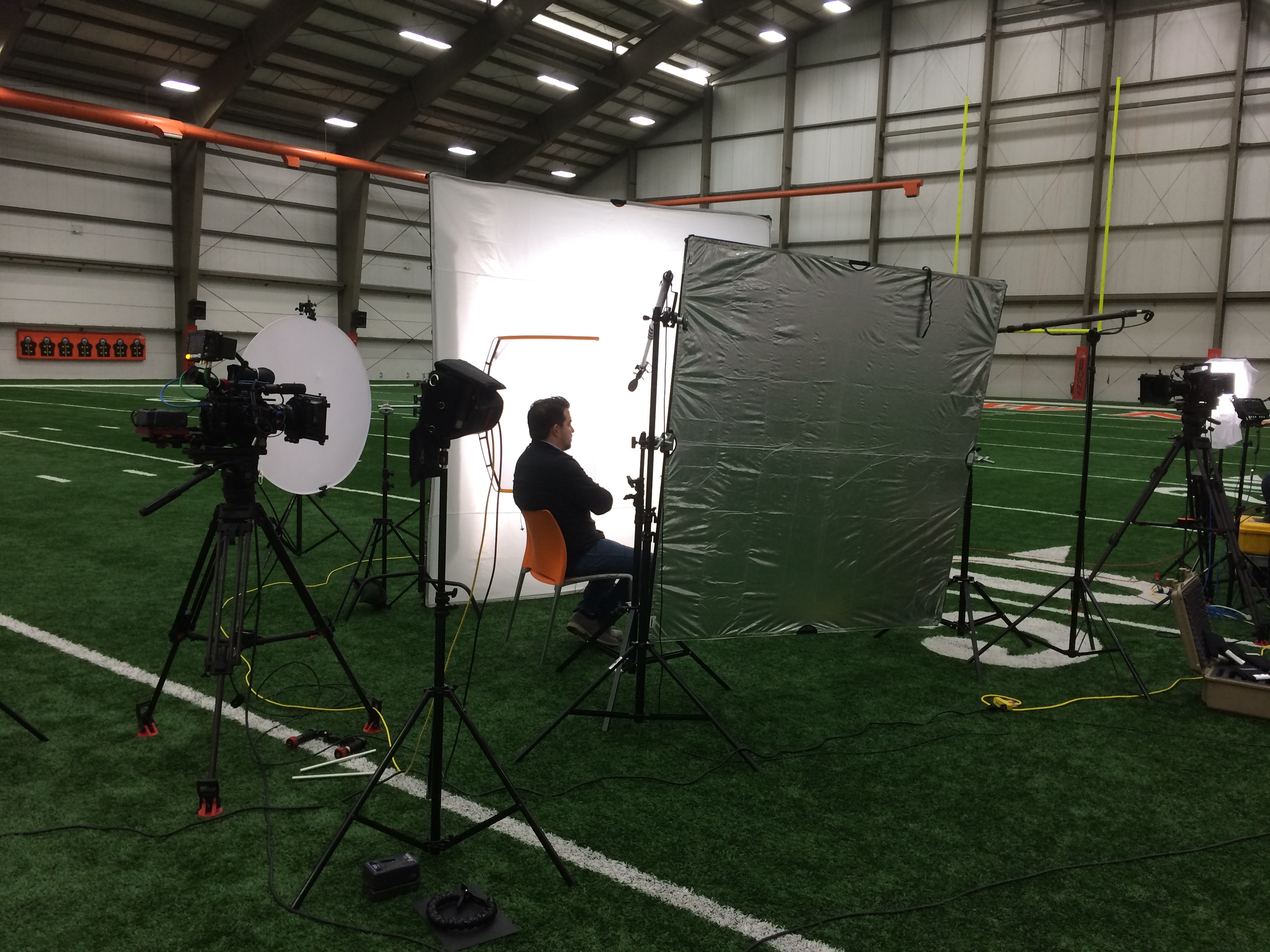 Since it was such a large space we chose to light using silks and several HMIs. We keyed with a 400 Joker hitting an 8×8 frame silk. We used a reflector on a smaller frame to bounce the key back as our fill light. In the background I hit the field and the far wall with my two 400 HMIs, while Matt used a huge 1600 Joker to spot the midfield logo. Since we used HMIs to light both the subjects and the background we were able to match the shots pretty well and get a very natural feel. The big lights also helped light up a very large, dark space. I shot on the F3 and Matt on the F55 and we both used nice cinema prime lenses. 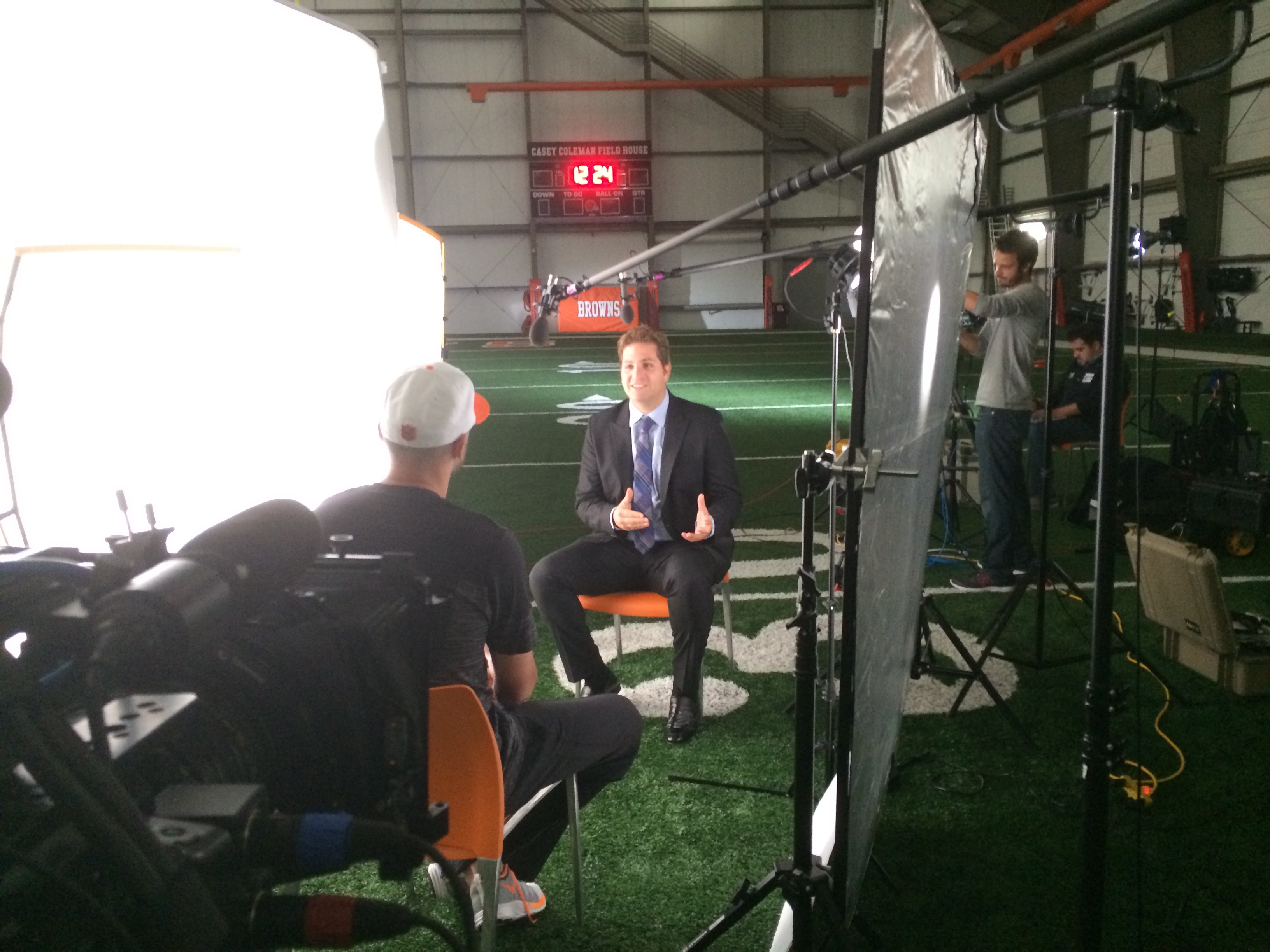 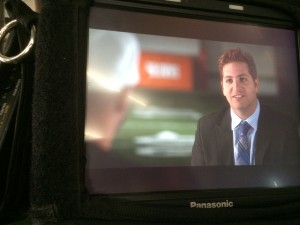 We got about 30 minutes with Brian Hoyer and then we wrapped up and headed to a nearby TV station to feed the footage back to Fox. Talk about a quick turn around, the interview we shot was slated to air that same night! In the end all went well and you can see the results of our efforts here: http://www.foxsports.com/nfl/video/brian-hoyer-cleveland-br