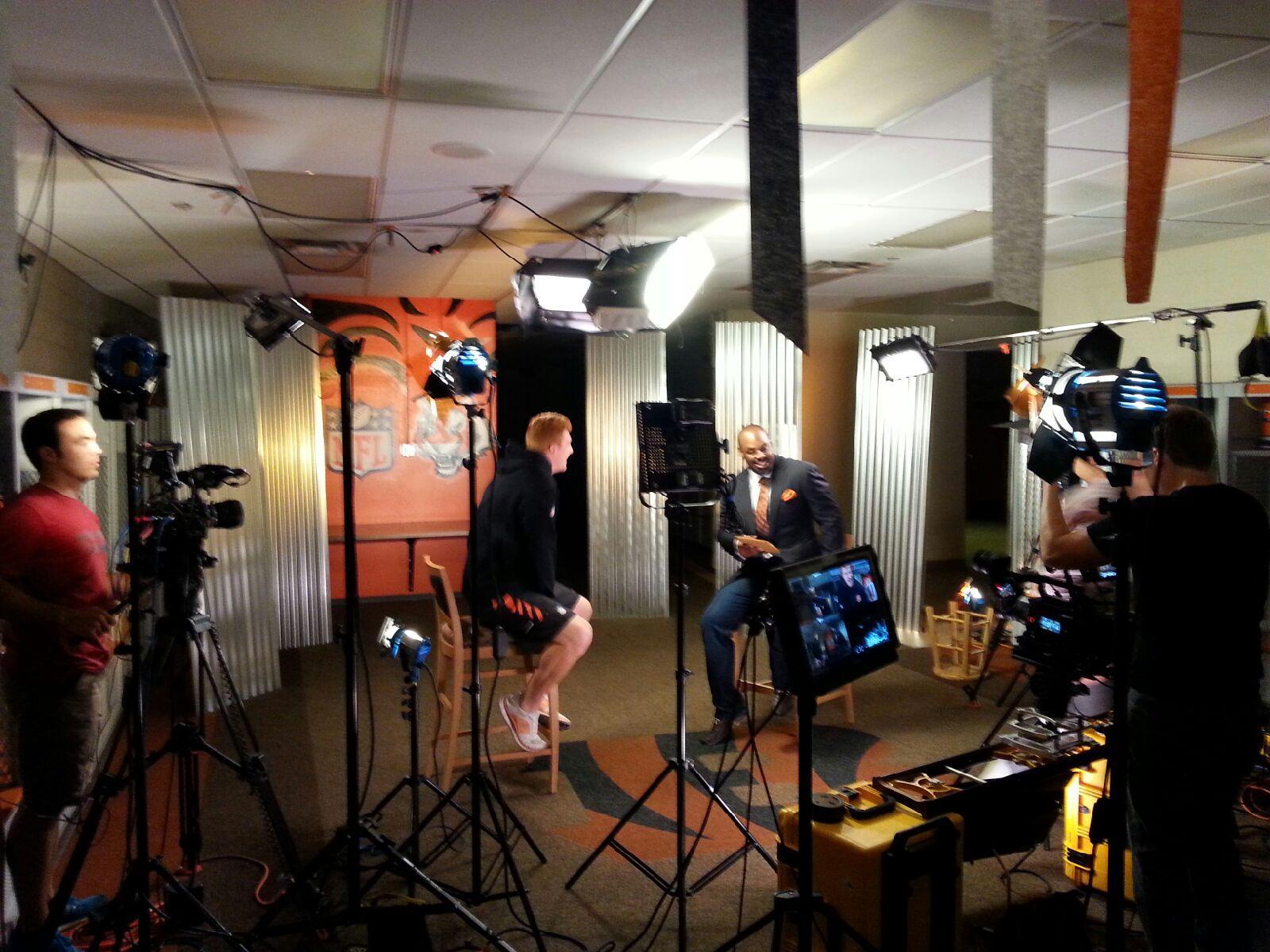 Go To Team Crews Venture into Bengals Country with Fox

The team shot on Sony PMW–F55 cameras, each equipped with its own Sound Devices Pix 240 external recording device (so as to capture the footage in the Apple Pro Res 422 codec), with one camera on a slider. Stadium scenics and practice footage were captured as well.

The piece was turned around in 24 hours, and aired immediately following post–season baseball! 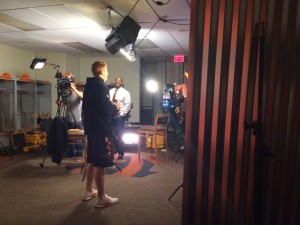 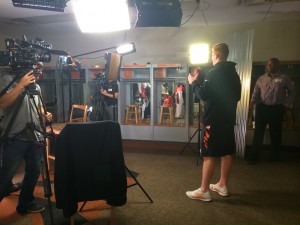