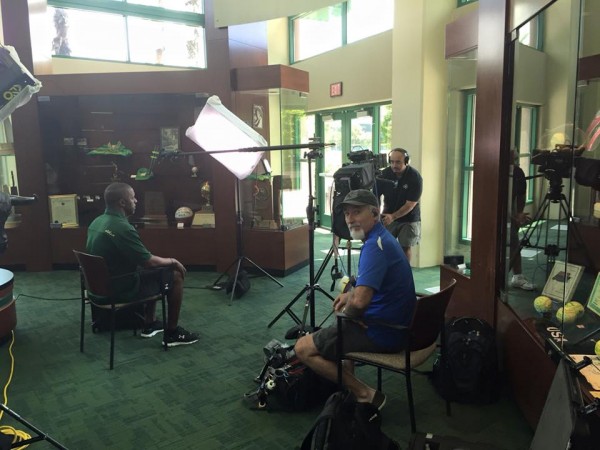 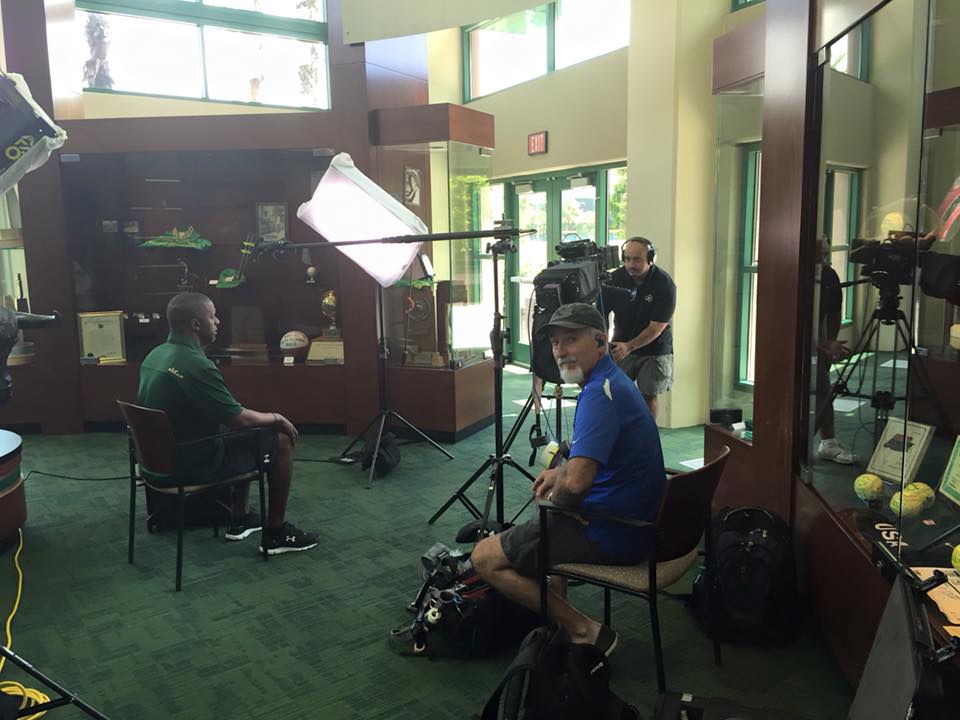 My latest shoot was in Tampa Bay at USF with FOX Sports. I have to say, it was my quickest shoot yet to date!

My day started by hitting the road for Tampa Bay around 8:30 a.m. and I arrived in Tampa close to 12:30 p.m. then stopped to get a quick bite before I started my shoot!

This particular shoot was a phone interview with Willie Taggart, head coach of the USF football team.

The space provided for the shoot didn’t have enough space as I liked so we ended up shooting in the lobby of the athletics facility at USF.

In the lobby, there was a giant bull statue (their mascot is Rocky the Bull), the hall of fame and numerous trophies. I ended up shooting with the statue in the background as part of the element in the frame. 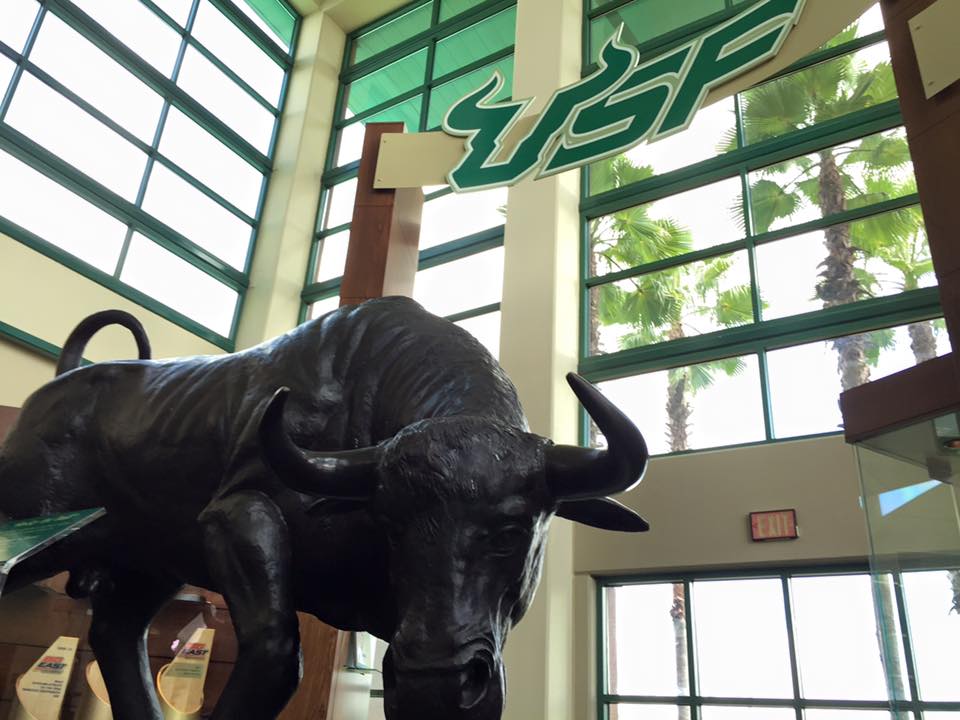 I was tasked with getting a short interview and a “Hero Shot”, which is a shot where the subject in the frame is looking majestic and proud!

I shot the “Hero Shot” in regular speed and in slow motion at 72 frames per second!

The interview lasted about 30 minutes so once it was over we packed up the gear quicker that the length of time it took for the interview!

All packed and ready to go, I was back on the road to Miami! I was on the road much longer than my actual work day, but that’s how it is sometimes in this biz!!! 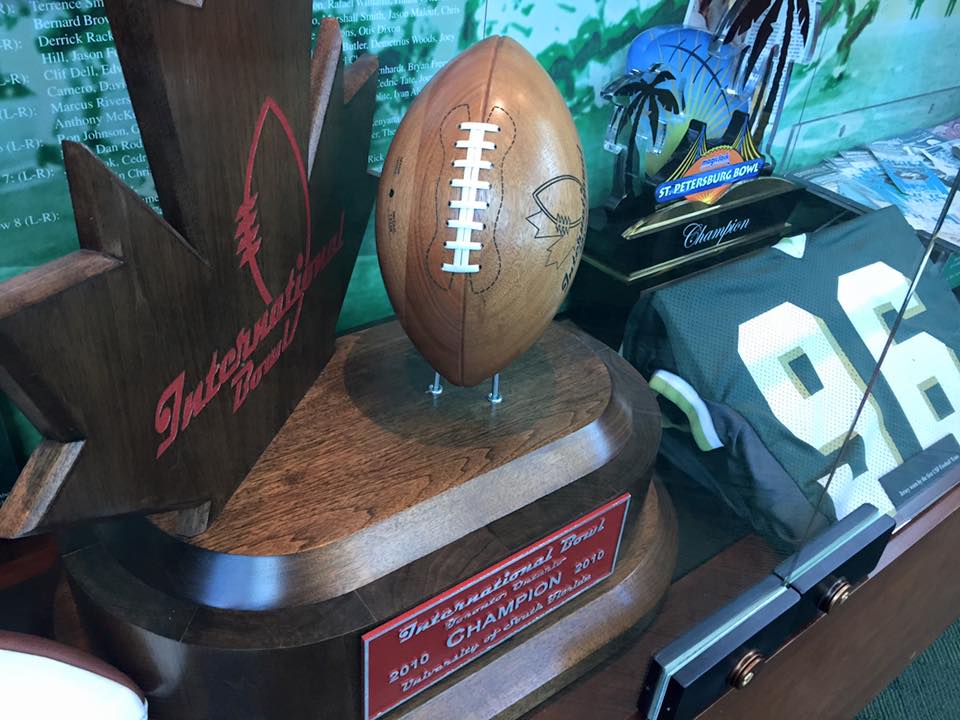