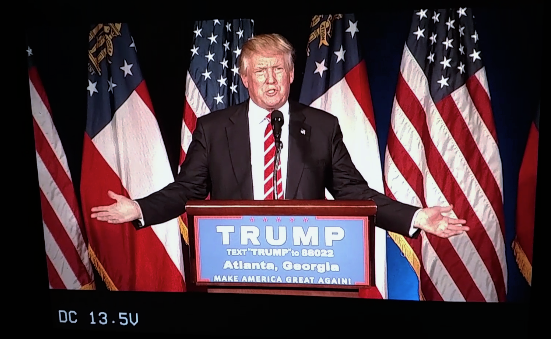 Our Charlotte crew traveled to Atlanta to cover a Donald Trump rally at The Fox Theatre for Fox News. Coincidentally, our Atlanta cameraman Jeff McGovern was also at the rally shooting for CNN. During the event, Presidential Candidate Mr. Trump discussed his ideas on how to “Make America Great Again”.

Filming Donald Trump is always interesting, we used the HDX900 and a Panasonic ENG style camera to capture this part of American history. The rally was loud making it difficult sometimes with sound, but we did get some shots of protesters fighting and getting kicked out of the event.  We also got to see Trump with all of his secret service, and Herman Cain too. 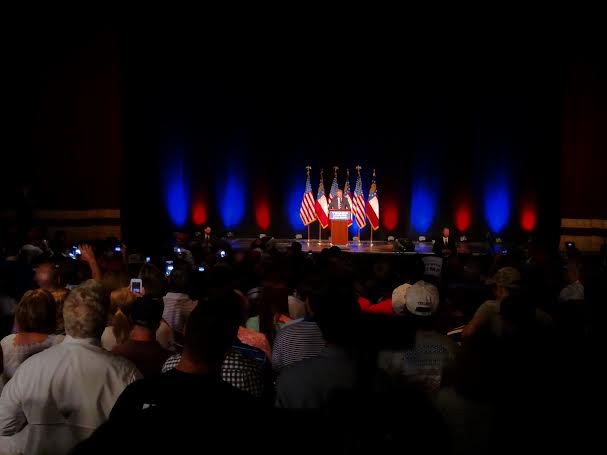 The only bad thing about the shoot was getting Elton John’s Tiny Dancer stuck in my head. Overall, the shoot went very well, and we enjoyed working with Fox and CNN Networks as always.