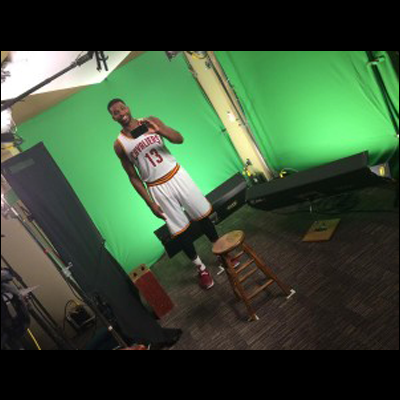 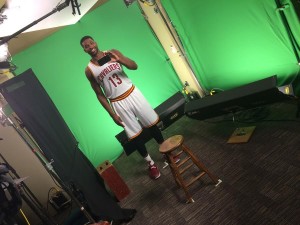 In case you haven’t heard, the Cleveland Cavaliers are NBA Champions, and now that summer is over, it’s almost time for the Cavs to begin their title defense. The defending champion 2016 Cavaliers held their Media Day at their practice facility and Turner headed out, with me in tow, to capture some great content for their upcoming NBA broadcasts which will begin with the Cavaliers on Opening Night.
We were to shoot player interviews, as well as a standup NBA App commercial in front of a green screen using two Sony F55s with Zeiss prime lenses. Despite having an extensive set of lighting and grip that I take with me in my trusty Suburban, sometimes I need a little more firepower for these big two-camera shoots. 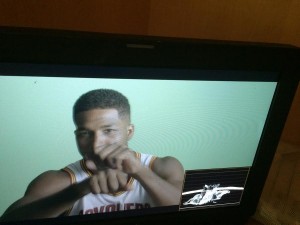 For this shoot in particular, I needed to make sure I had enough punch from my lights to shoot at a 5.6 F-stop and still be properly exposed. The reason for this was that the players were going to be holding a phone in their hands out in front of them and I needed to be able to hold focus on both the player’s face and the phone. The only way to achieve this is to stop the lens’s iris down to a lower aperture and get a larger depth of field. This affects the amount of light getting to the camera’s sensor, which requires a larger light source hitting the subject.
Our solution was to hire a gaffer and a grip truck to utilize some much larger light sources. A Kino Image 85 was our key and we used two Kino 4×4 banks to light our green screens. We had a passive bounce card on the floor to fill any shadows and a 4×4 bead board over the players head to also help fill. 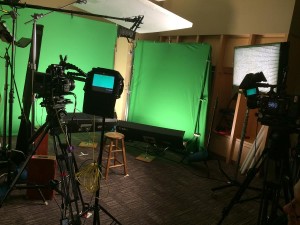 Once we were all set up, which took several hours, the players started to shuffle in. All in all we needed to get five players and the coach. The only player we missed out on was Lebron James, but we managed to interview the rest of the starting five and Coach Ty Lue, so it turned into a successful shoot!