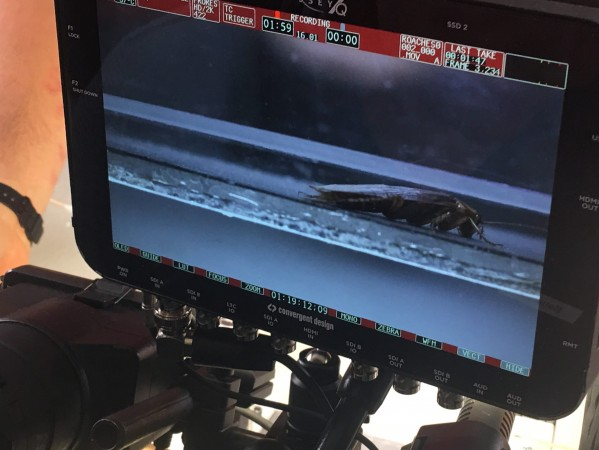 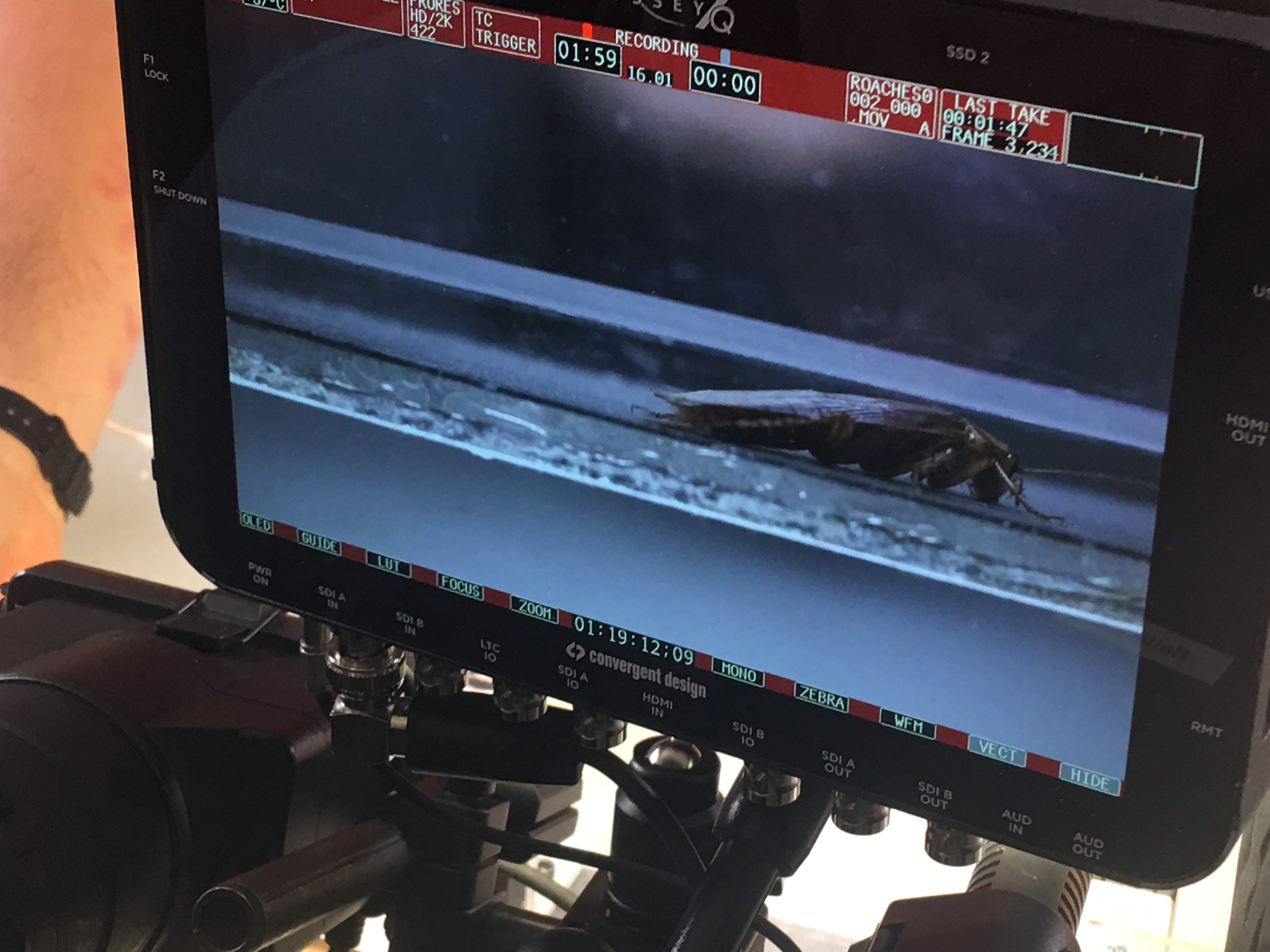 I creep, I crawl, and I can live through an atomic bomb, what am I? If you guessed a cockroach, you are correct! The San Francisco crew was back at it again at UC Berkeley for Discovery CA. This time we got low and fast to focus on how low and fast cockroaches can go.

The number one rule for working with cockroaches…watch out for the cockroaches. They’re incredibly fast and hard to handle. We had to scramble around a few times to help corral them. A few of the cockroaches jumped for the camera and to be honest we were probably a bit more squeamish at first trying to wrangle them.

We shot a demonstration of cockroaches ability to squeeze themselves through small cracks and how this info. helps with robotics for use in disaster recovery. 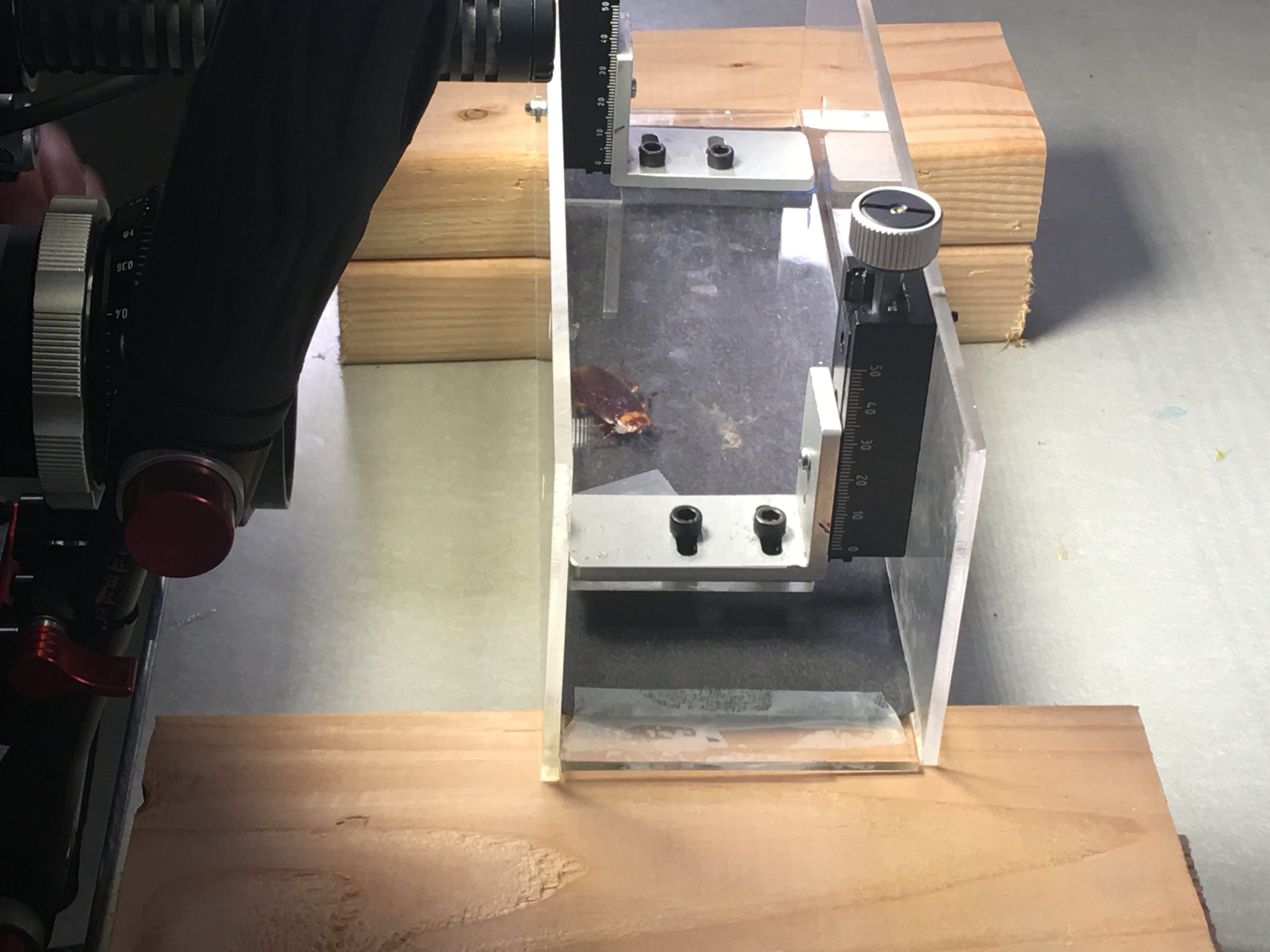 Dr. Fuller and his team of students study cockroaches and create obstacles to see how flat they can squeeze and run at the same time. The students then take the results of their research and apply it to the construction robotics.

One of the students created a robot that could move very similarly to a cockroach and is now on the market as a toy. Toys are great, but the real goal is to create a robot that can assist with disaster recovery; something that could squeeze in between debris and rubble after a disaster. 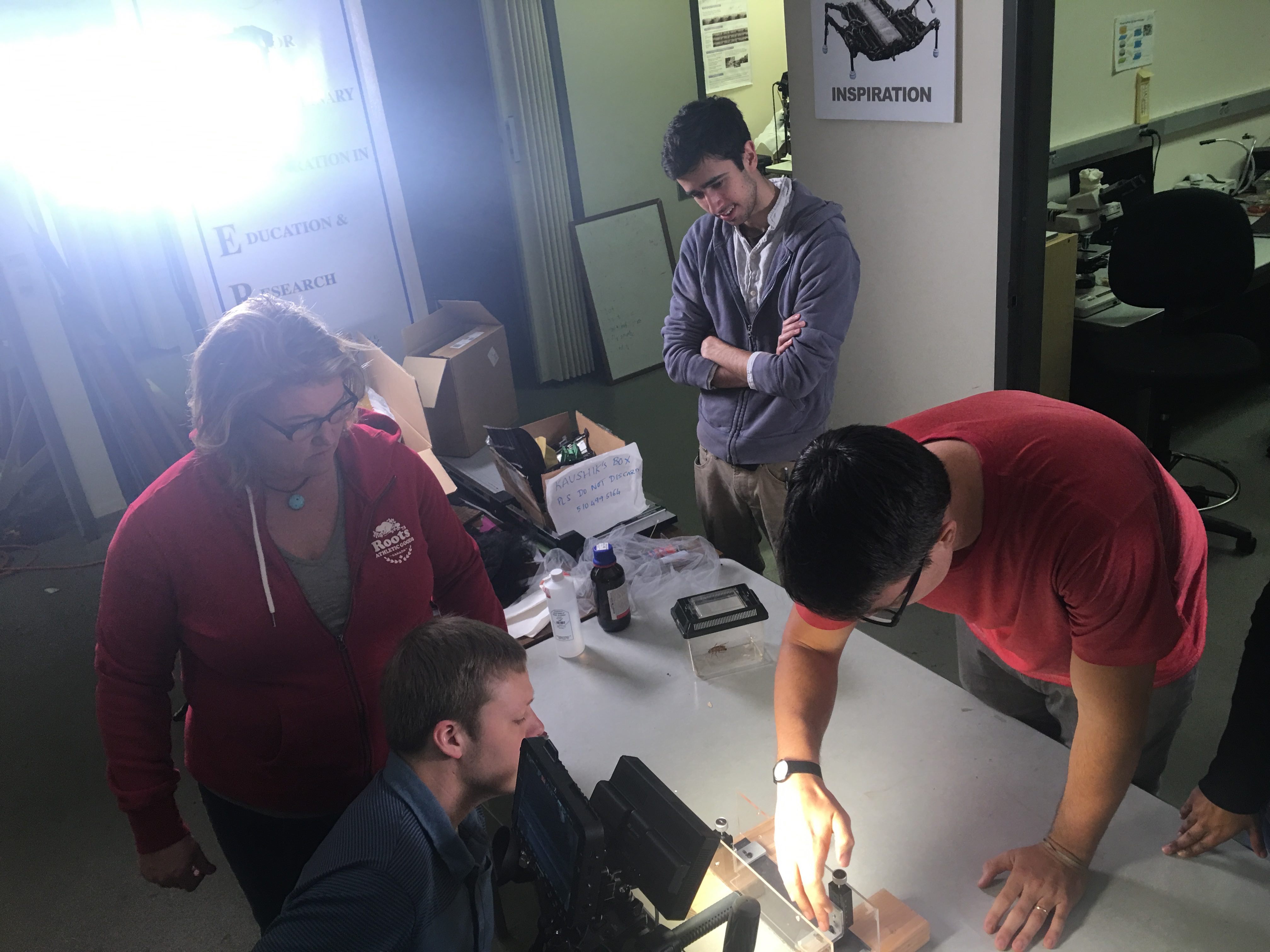 We used the FS7 and basic audio package with this shoot. We also used a macro-lens to capture up close shots of cockroaches during their trial runs. For the interview, we setup some celebs and used some array lights to create a cool atmosphere within Dr. Fuller’s lab/office. A GoPro was used to get some shots of the cockroaches too.

I think we we all have a different perspective on cockroaches after this shoot.

Fun Fact:  Dr. Fuller had worked with Pixar for the film A Bug’s Life