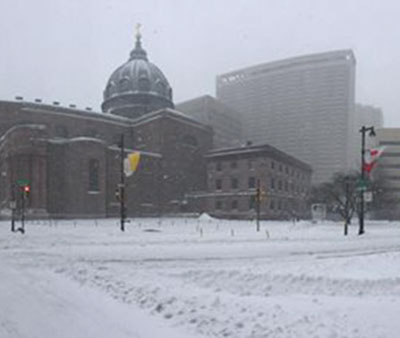 D.C. Crew Bares the Blizzard for The Weather Channel

As Winter Storm Jonas began making its way across the mid-Atlantic and Northeast, meteorologists were predicting its path up the East Coast.

With Baltimore, Philadelphia, and all other major cities across the Eastern seaboard in his sights, Winter Storm Jonas was headed straight for Washington D.C. Immediately, Go To Team Director of Photography, Ryan Ricker and I received a call to gear up and be ready with the LiveU for The Weather Channel.

Day 1: On Friday morning, the Suburban was packed full with gear, water, snacks, and hot hands that we could carry as we made our way downtown to meet the talent. 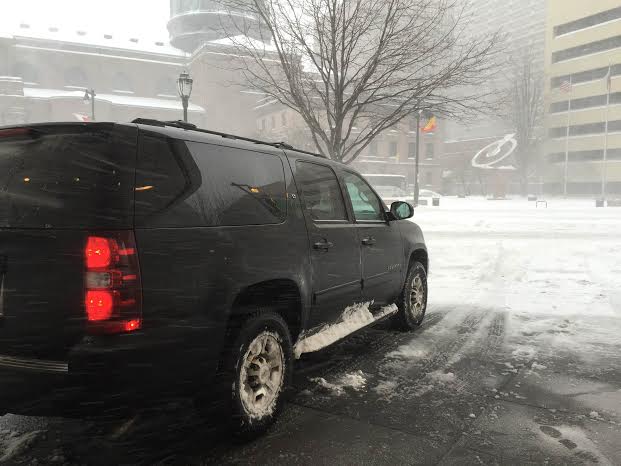 After meeting, we began scouting for locations when The Weather Channel called saying they had a drone crew headed to Philadelphia. They wanted us to meet the crew to capture the historic storm on air live!

As we were leaving D.C., Storm Jonas started and we made it out of town just in the neck of time to beat the traffic. Once we arrived Philadelphia, we set up for our first live hits right next to the Liberty Bell as the snow started to fall.

We were going to be as mobile as possible and try to capture the city’s morning activity for a piece to be aired later in the day and start back live in the afternoon. 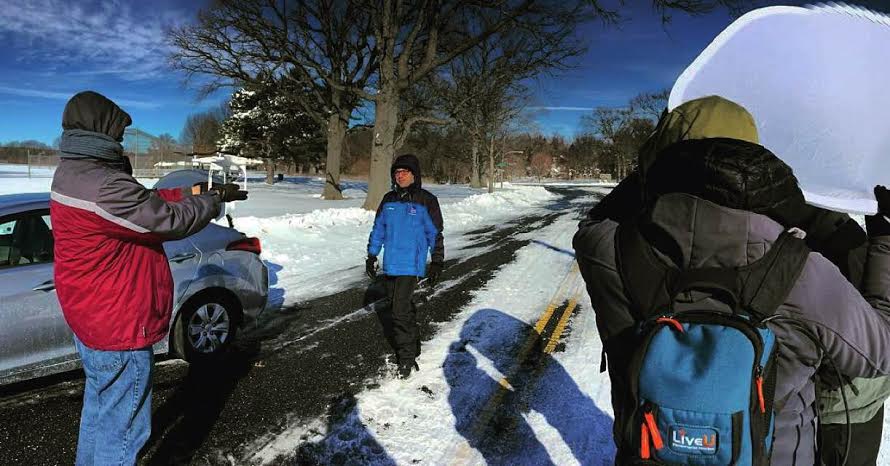 Day 2: We woke up to many inches of snow and deserted streets, which is crazy to see one of the largest cities so vacant. By noon, we found that the real story of the weekend was at the Philadelphia Museum of Art steps!

The steps made famous in the Rocky films had turned into a party with hundreds of people of all ages sledding down the stairs. They were sledding on everything from cardboard boxes to lunch trays taken from the cafeteria of nearby Drexel University. 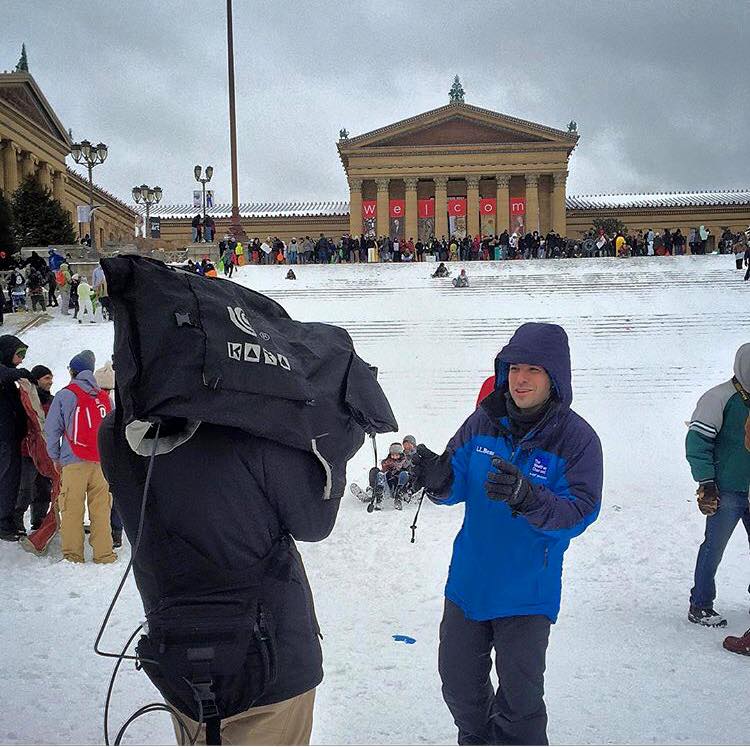 The LiveU system was working flawlessly and gave us the mobility we needed to move around the city in a way a Sat Truck would not.

By Sunday, the snow had stopped falling and the sky turned blue giving us a beautiful view of the city. We set up in a park and prepped to go live with footage from the air! It’s amazing how technology has come so far and we were able to get such beautiful images to viewers across the country in realtime. This was truly a storm to be remembered and I am proud to have been a small part of telling the story.