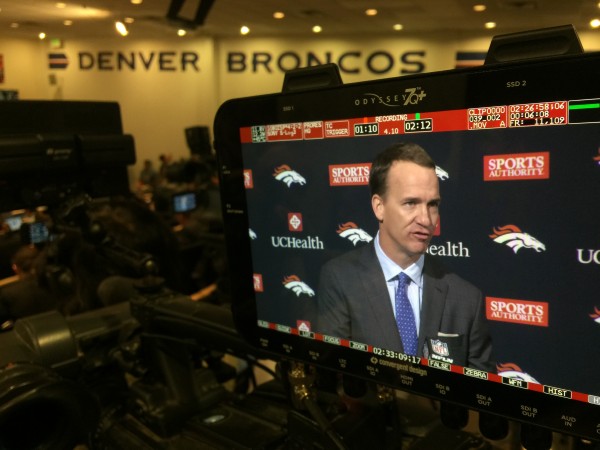 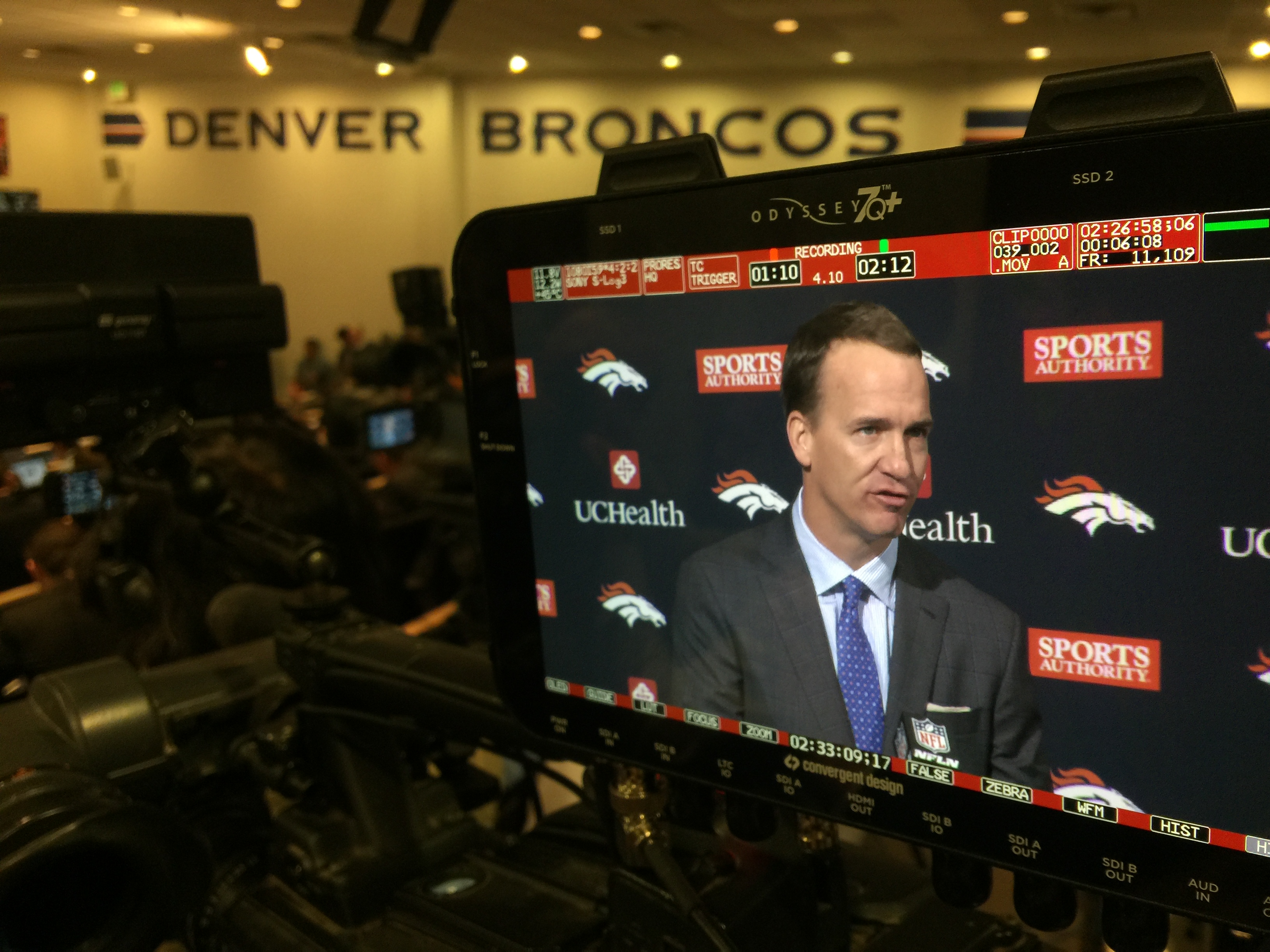 Farewell Peyton Manning!
With Peyton Manning’s retirement speculation confirmed, I headed over to the Denver Broncos training facility in Englewood, Colo. for his official retirement announcement. Needless to say, I was pretty pumped to be a part of such an historic event.

With friends, family and former teammates in attendance, the press conference began with several keynote speakers, such as Broncos General Manager John Elway and Broncos CEO Joe Ellis.
Manning delivered an emotional 13 minute speech thanking the Broncos and Indianapolis Colts, as well as, the University of Tennessee. After 18 NFL seasons, five MVP awards, two Super Bowl wins, he signed off with “Omaha.” 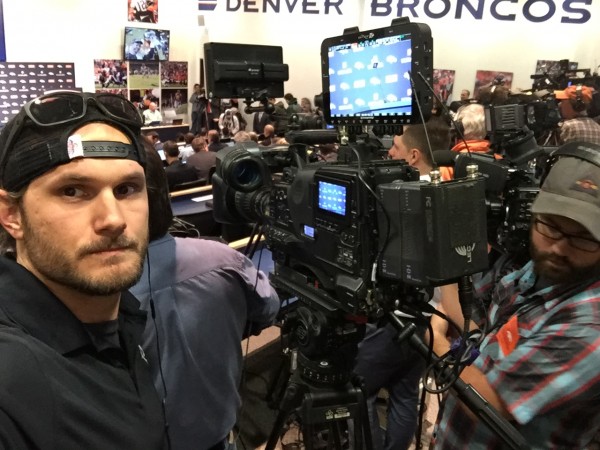 The press conference was shot using an XDcam 700 with a odyssey 7q+ as a backup.

Thank you Peyton Manning and congrats on a stellar career!