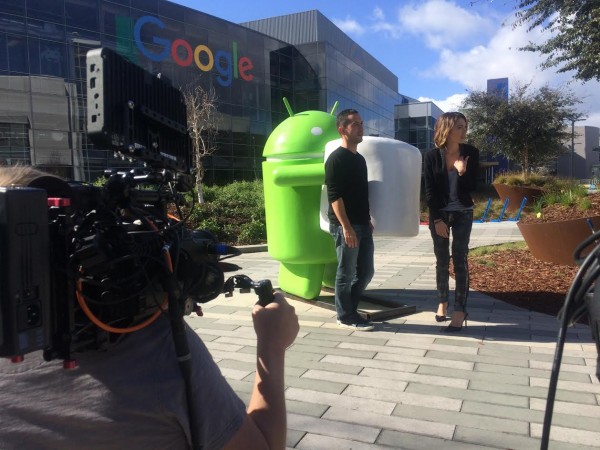 San Francisco Crew Gets Technical At Google for Bloomberg West 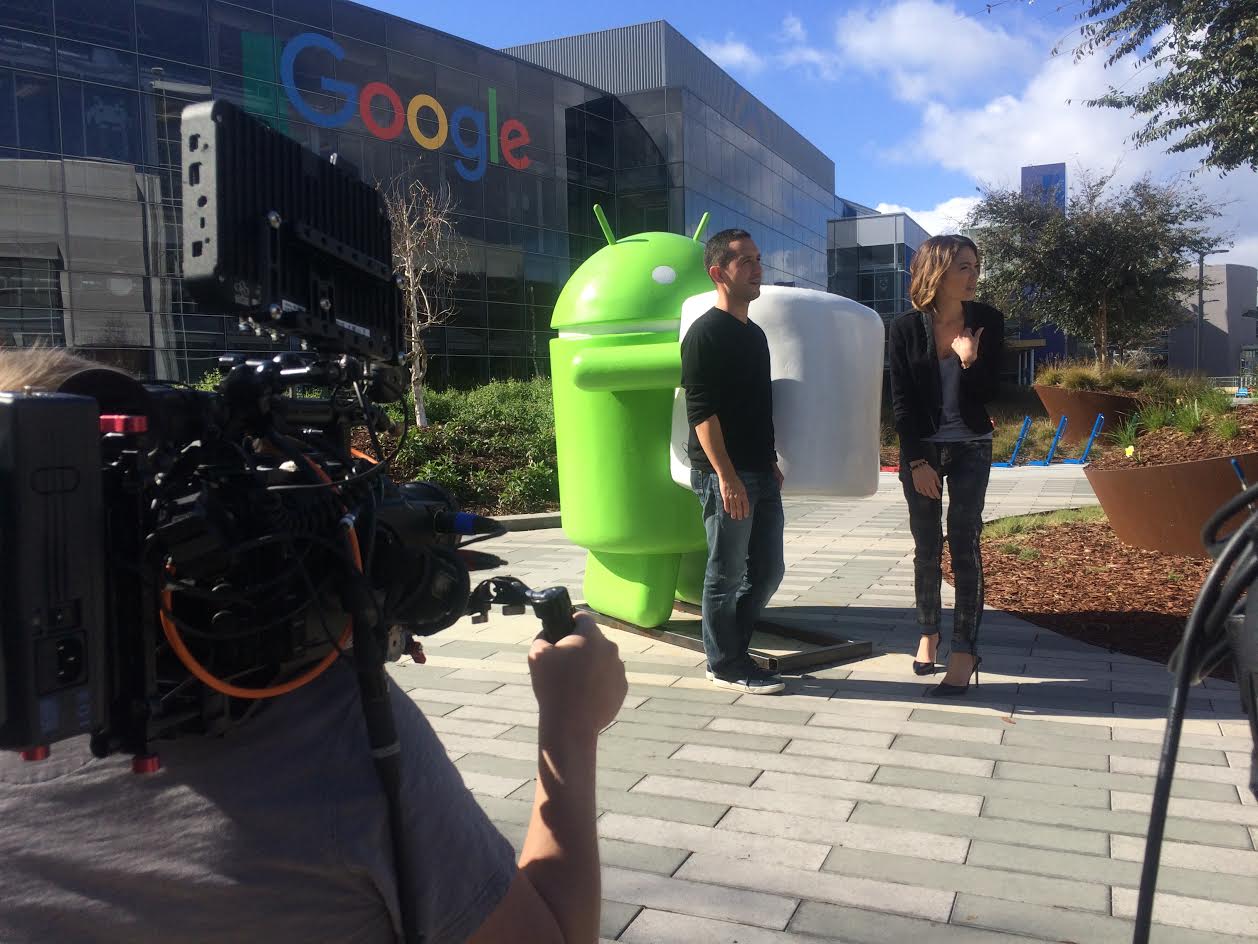 Everyone Googles. It’s a noun, a verb, a preposition I think….Have you been on the Google Campus? Do you have a sleeping pod? We were recently there and had a blast shooting shooting there for Bloomberg West. I even got to Google on my phone while at Google. Crazy!  Bloomberg TV anchor and host of Bloomberg West, Emily Chang, was interviewing Hiroshi Lockheimer, the head of Android, Chrome OS and Chromecast at Google. A seriously cool day.
The interview took place at one of Google Campus’s in Mountain View, CA. The interview mostly consisted of discussing the present and future of Android OS, their Nexus phones and what to expect. Chang was asked questions regarding security and privacy issues related to Apple’s case with the FBI and the iPhone of the San Bernardino shooter. 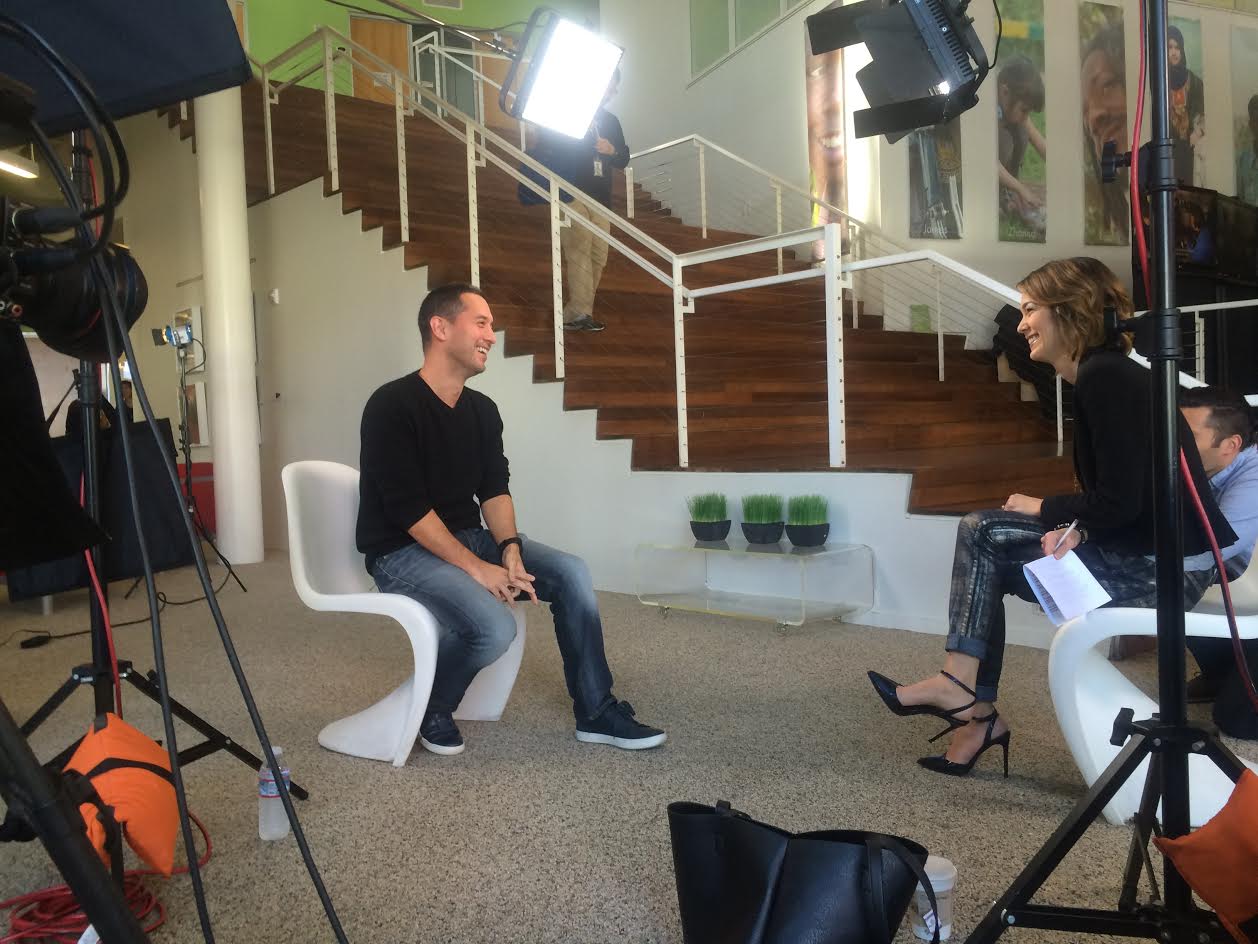 We set up using three Sony F3s,  light panels as key lights with some back-light provided by the kino celebs. Smaller lights were stashed everywhere in the background to add some specular highlights as well as bokeh to the frames.
It’s always interesting where companies want us to set up and shoot. They put us  in the middle of the entrance to building 43 at Google.  Turns out, they chose this spot because that area had been used in the film “The Internship,” a comedy about interning at Google. There was a ton of foot traffic as workers shuffled around where we were setting up. We ended up “Google Mapping” a route for them to follow so that they didn’t walk through the shoot. 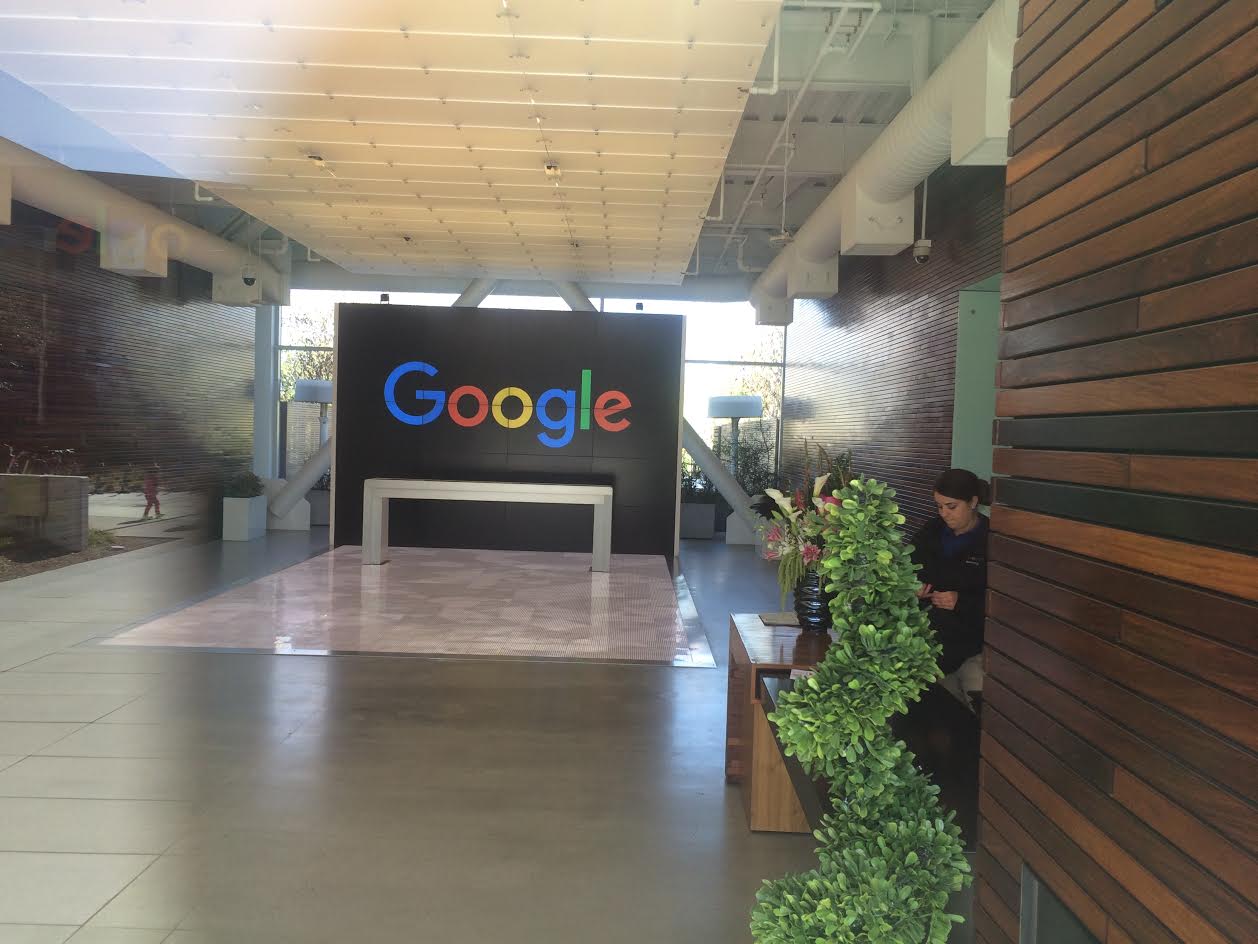 Need a ride on the  Google Campus? No worries. They have lots of  bright colored beach cruiser bikes you can hop on. So no surprise that while we were  shooting B-roll and grabbing some stills,  lots of  bright yellow and orange bikes were cruising past us. 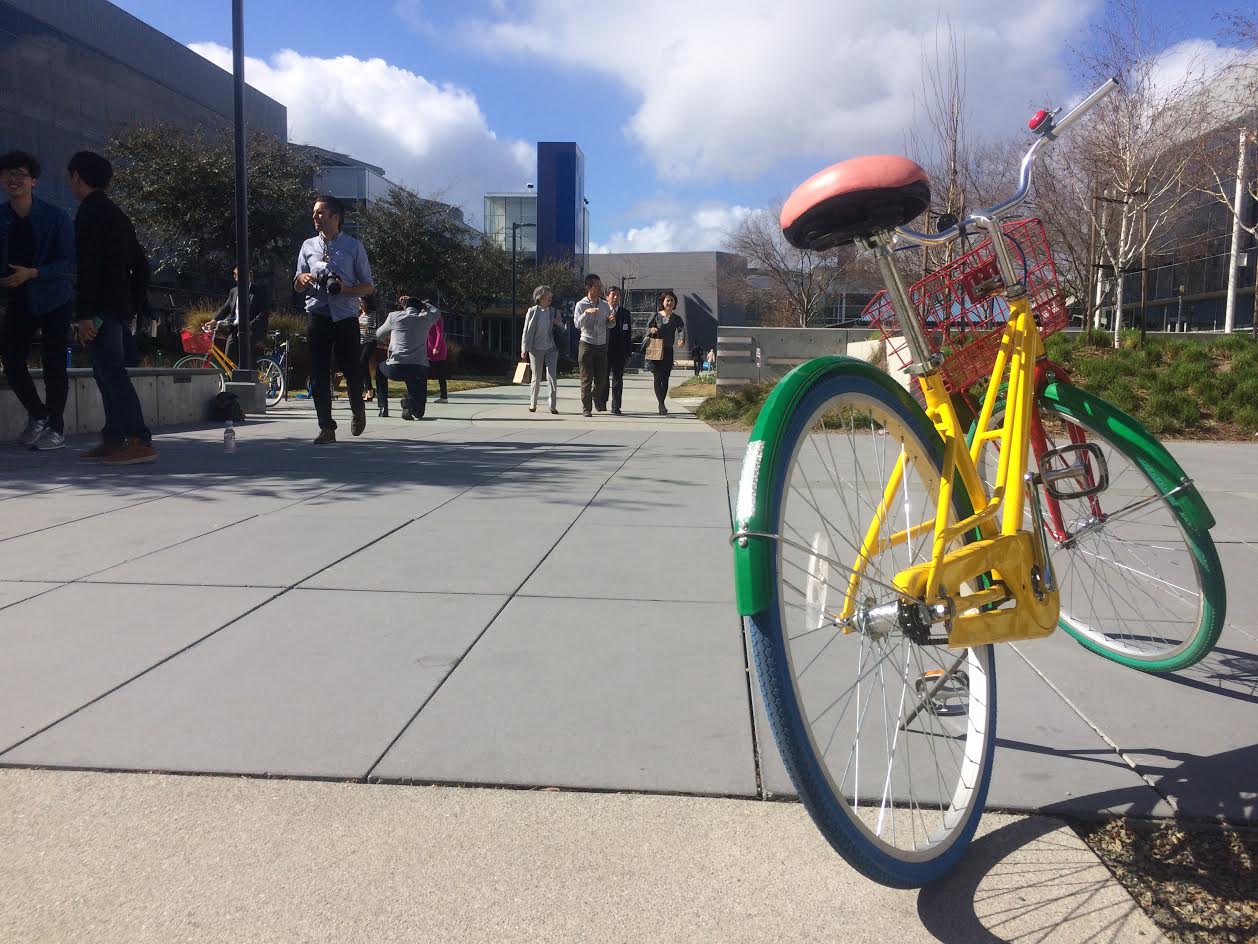