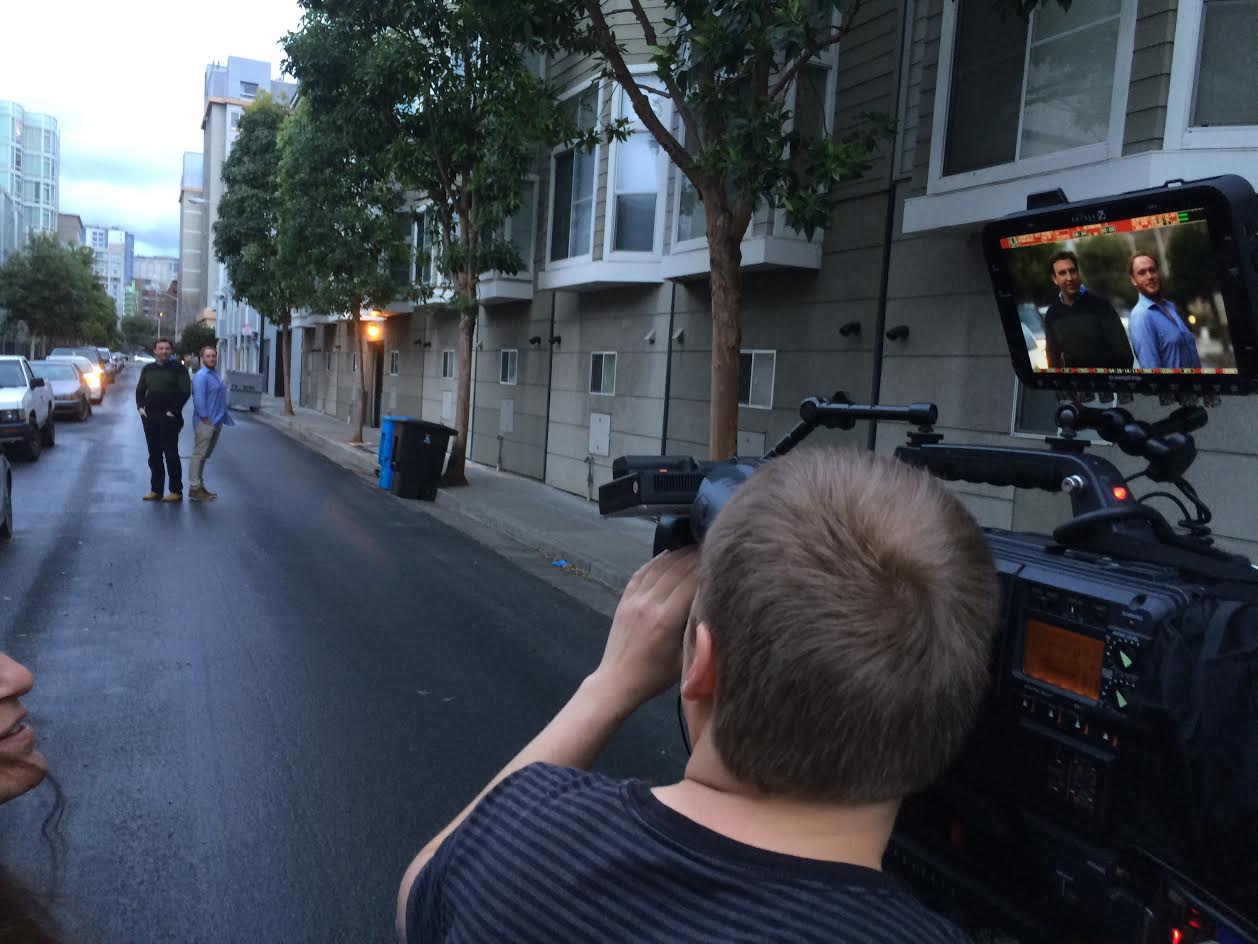 Ever wish you could turn down street noise so you can hear your conversation? The people that created “Here” did just that by creating wireless earbuds that filter the way you hear your surroundings. We learned more about them on our shoot for The Henry Ford’s Innovation Nation. The CBS show, hosted by Mo Rocca, highlights notable inventors every week.
This week, correspondent Alie Ward, interviewed Noah Kraft and Fritz Lanman, founders of the new startup company, Doppler Labs, makers of “Here.” The company provides filters to reduce volume or city noise while giving users an EQ to totally change the levels of bass, treble, reverb etc. It allows the wearer to curate the sounds around them and create a unique listening environment. 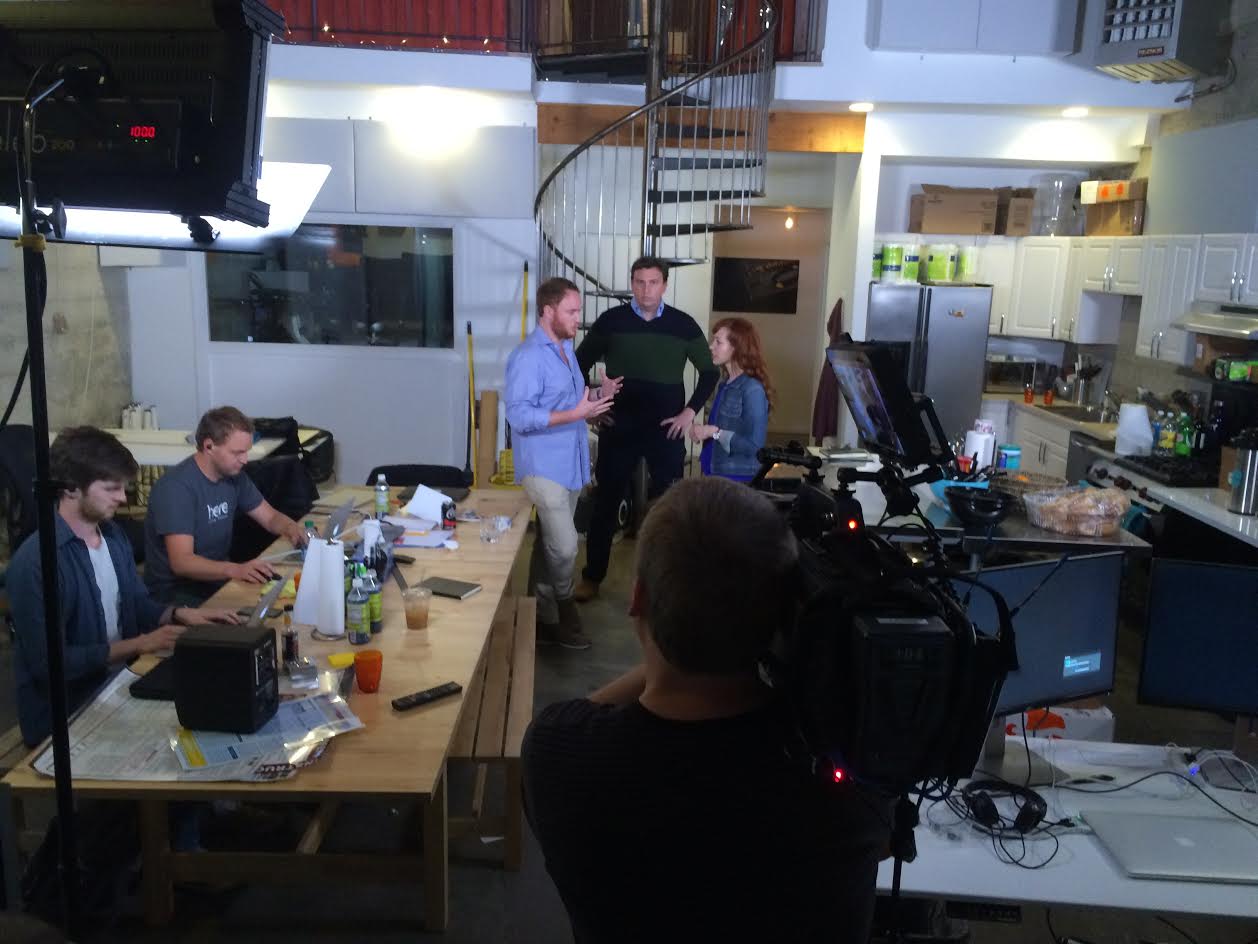 The shoot was just south of the Financial District in San Francisco at Doppler Labs. Their offices consisted of two separate suites down an alley, but everything was totally open and had a very hip vibe, with music posters and technology everywhere.
We shot on the HDX900 and lit it with Kino Flo Celebs as key lights for the interview subjects with Litepanels for backlights. We used the available skylight above us for fill and had lights peppered in the back to give the shot some more depth.
The dynamic at Doppler Labs was very much the epitome of Silicon Valley. Mostly young professionals cohabiting in a single, fun space. Hardware engineers, software engineers, and marketing teams are all under the same roof. 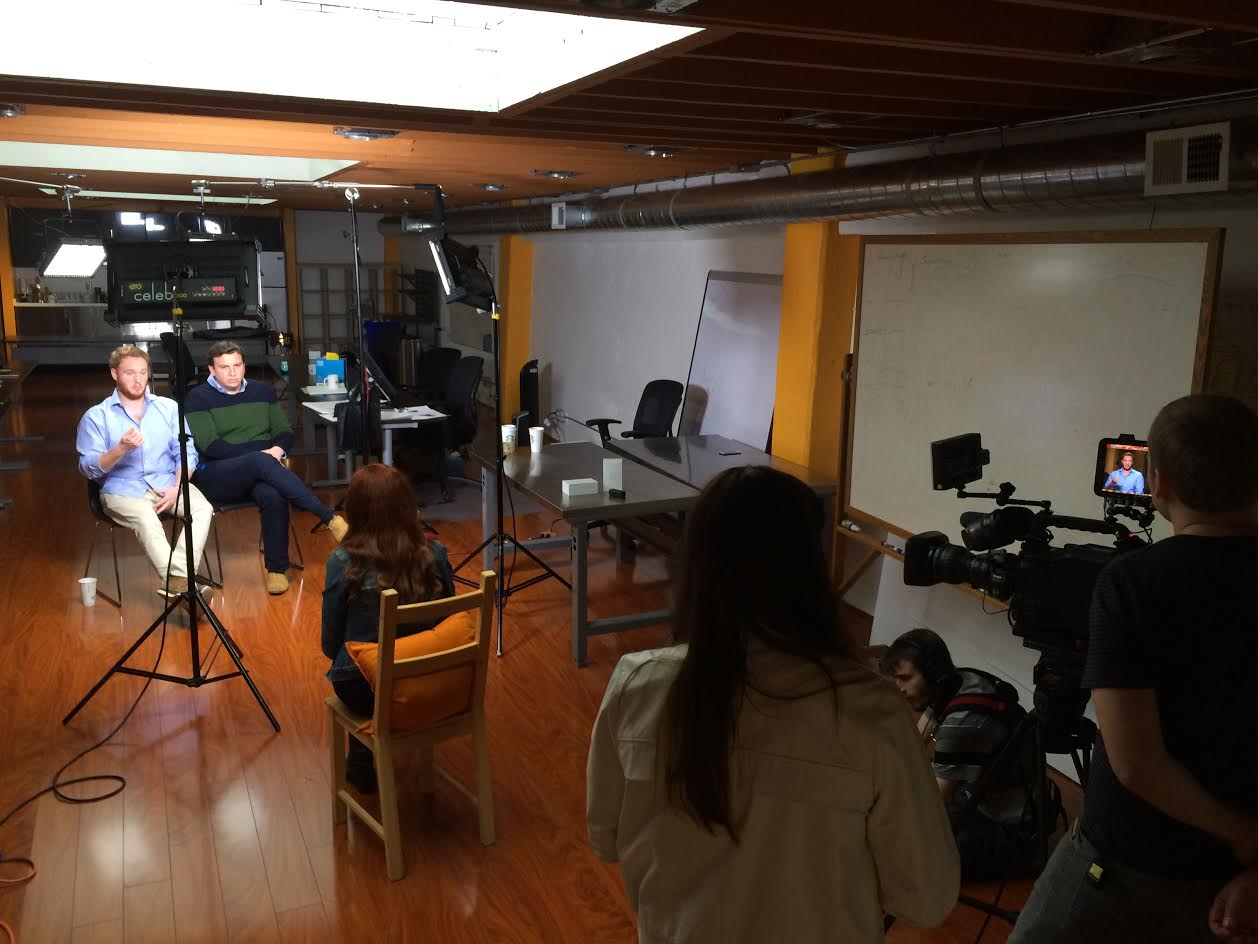 Kraft and Lanman were incredibly funny together — constantly making jokes and laughing at and with one another. The duo actually showed up wearing almost the exact same outfit, a blue button down with slacks, which they definitely laughed about. We found a sweater for Kraft to wear to break up the blue party. Their interaction together showed that not only could you have a cutting edge technological idea and growing business, but you can have fun while doing it.