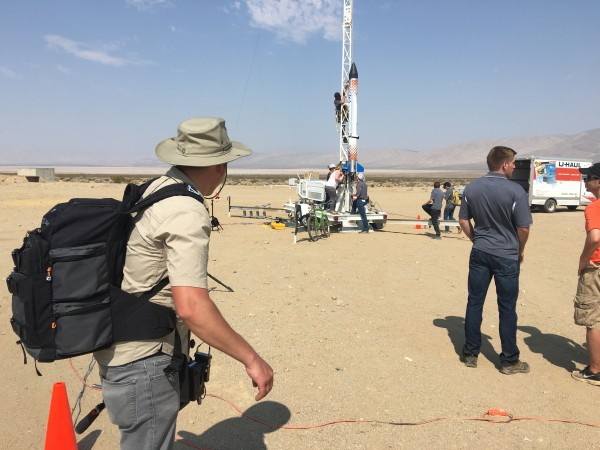 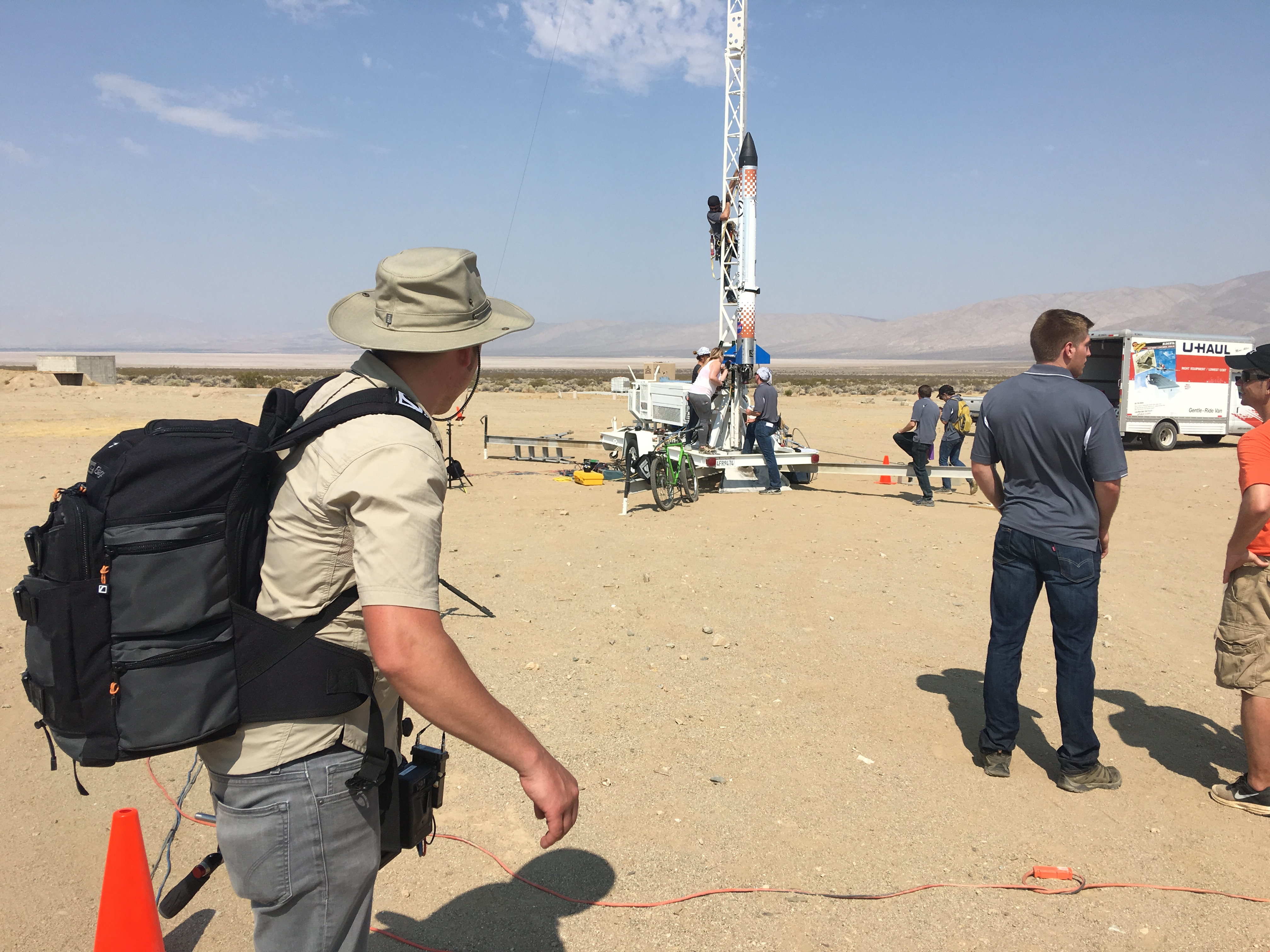 Discovery Channel Canada shoots are always interesting, especially when launching rockets! For the shoot, we focused on Vector Space Systems CTO and co-founder, John Garvey, and his team as they were conducting a series of tests of the launch of their sub-scale launch vehicle, the P-20 Vector Space Rocket.

This sub-scale launch vehicle has the functional attributes of a full sized vehicle, but it much smaller in scale. The first day we were there they ran a series of tests to ensure all launch mechanisms were fully functional. They brought the rocket out, which could ultimately be carried by 2 people and fit in the back of a truck. It was placed vertically and they went through simulations of how it would be launched.

Once the tests were completed they returned the rocket to the hangar and attached a payload provided by prospective clients. They wanted to ensure that something from possible clients would be able to be attached and ultimately survive the launch. The following day they made more preparations and ultimately launched the rocket. After the launch they were able to recover the rocket, albeit with a few broken fins from the impact. However, the launch was considered a huge success and they were able to compile all the data needed. 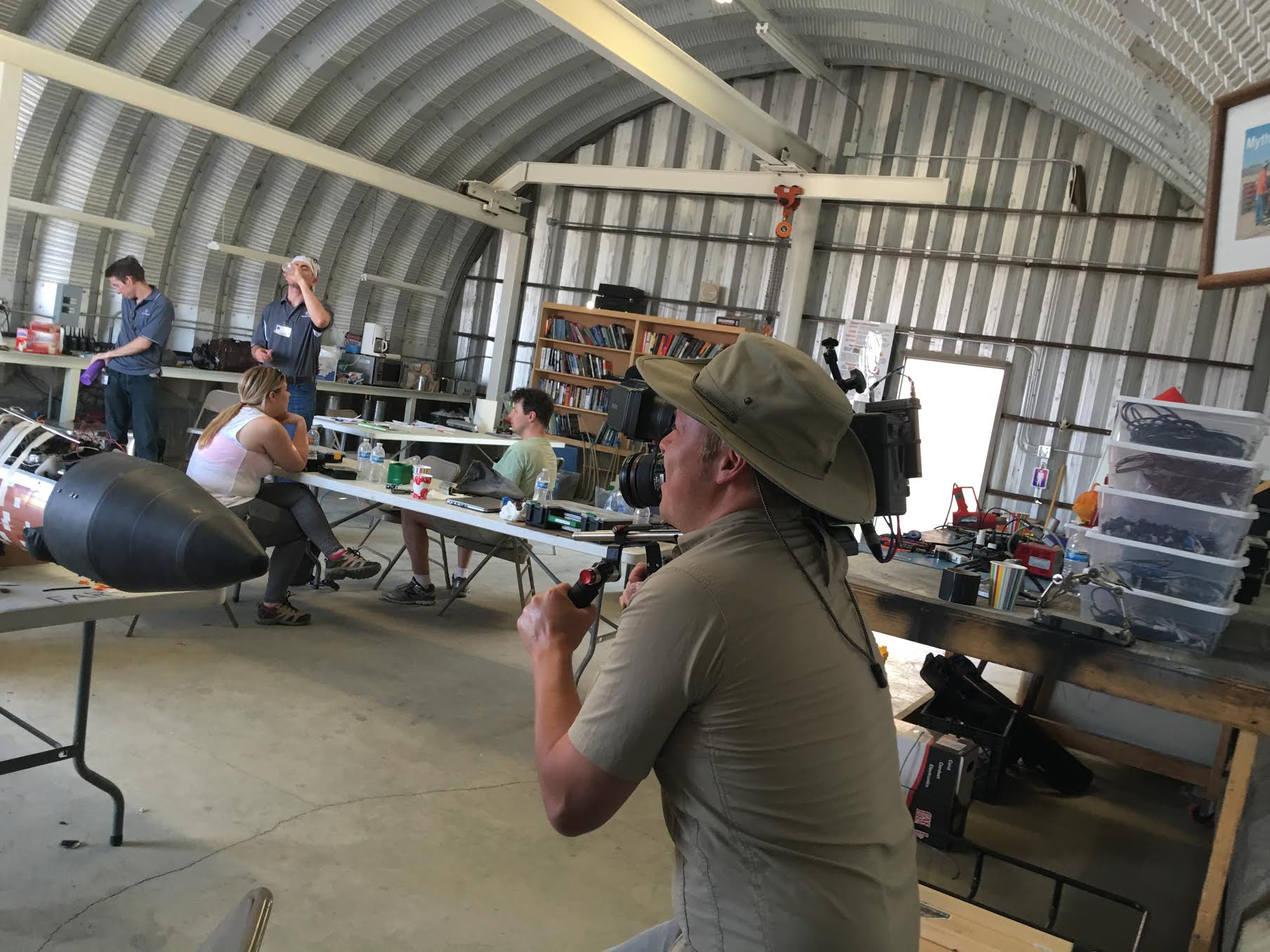 We used the Sony F5 and standard audio gear for ENG style shooting. This was very much a run n gun style shoot. We utilized two GoPros for this shoot as well. One we had place right next to the rocket to capture the thruster flame as it launched. The other GoPro we had set up in the bunker with John in order to capture the launch sequence and his reaction.

The only real problem on site was the heat. This was outside of Mojave, CA in the middle of the desert. It reached temperatures of 110+ and very little protection from the sun/heat was available. 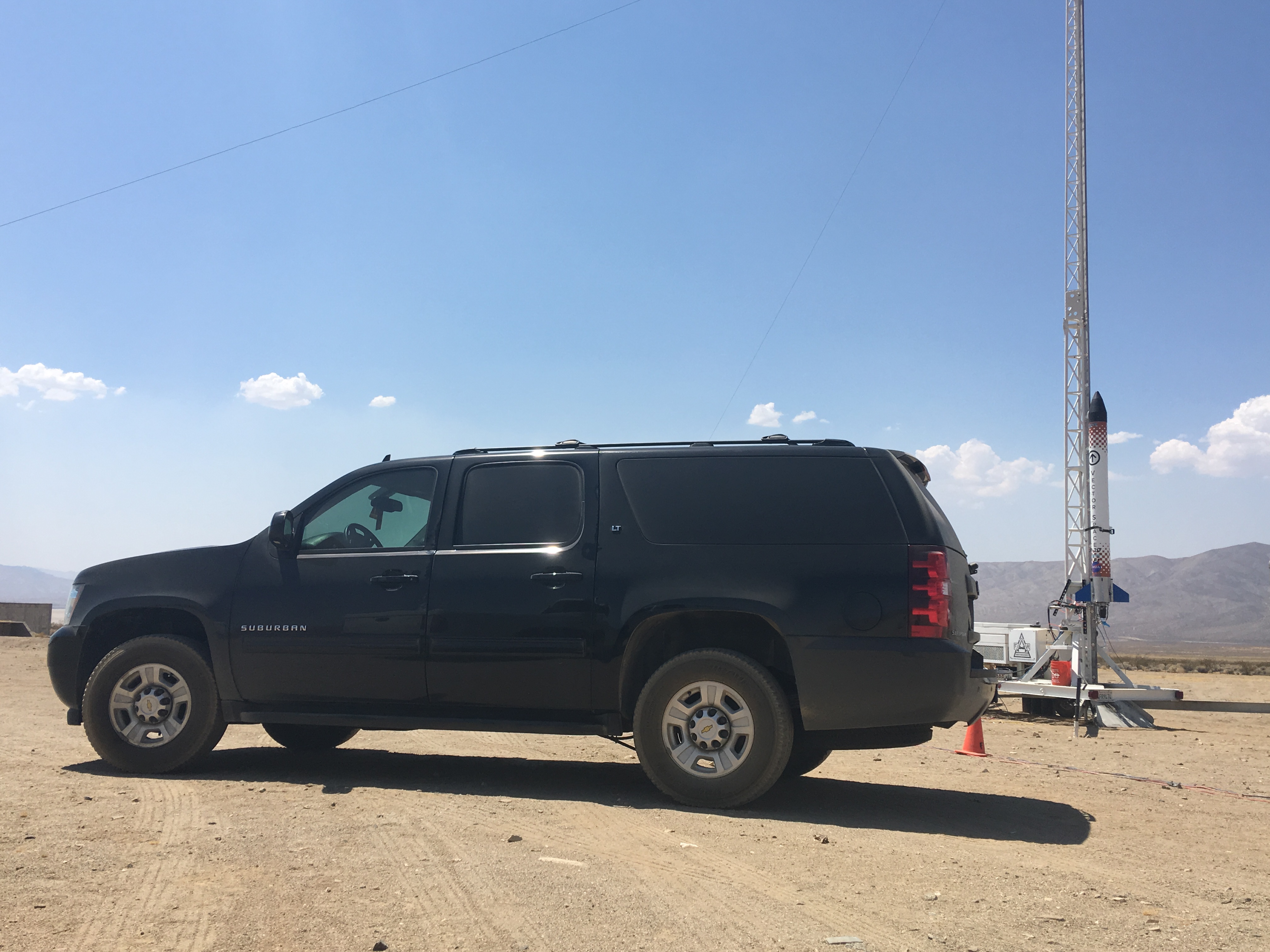 It was interesting to see the amount of work and preparation that went into the launch. So many hours of prep and the launch was over and done with in a matter of minutes. It went by so quickly that it was over before we even knew it.

This shoot took place 40 minutes down a dirt road outside of California City, CA. It was at a launch site owned by Friends of Amateur Rocketry, equipped with bunkers and a small hut.