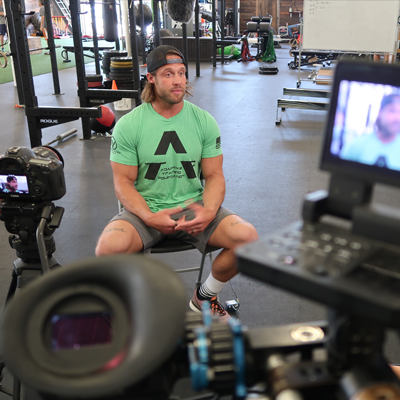 Texas Cameraman Works with Veterans in Dallas for ESPN

I made the trip to Dallas to work on a veterans feature for ESPN. We spent the day with former NFL player, David Vobora AKA “Mr. Irrelevant 2008.” Vobora runs a non-profit program called Adaptive Training in Dallas. Adaptive Training works with disabled veterans, particularly those who have lost limbs and assumed they would never work out again. 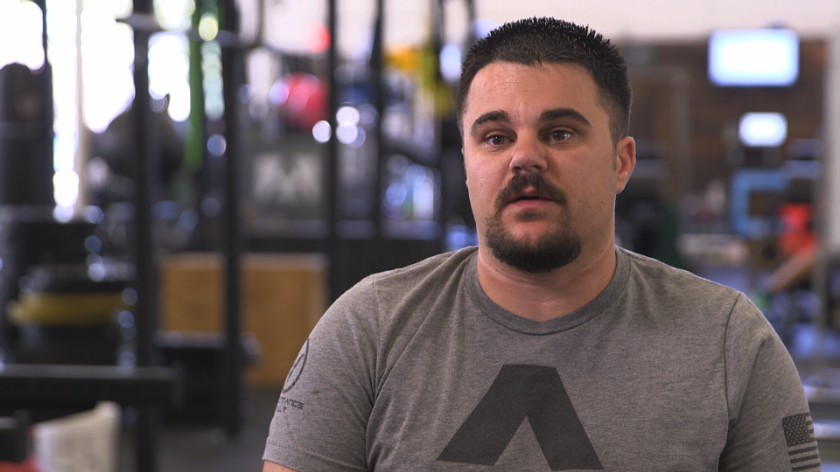 A screen grab from one of our interviews with a veteran.

I was armed with a Canon C300 and some killer L-series glass. We spent the first couple of hours shooting B-roll of various vets working out. I used a variety of lenses to capture the story. I also got B-roll of Vobora working with the vets.  This was a very visual shoot. The B-roll essentially shot itself. I also shot slo-mo footage and used the MYT Slider.

After we had plenty of B-roll we switched gears and set up for some interviews. I used two Lite Panel floods to light my subjects. We shot interviews with three veterans and then one with Vobora. I used a C300 and 5D Mark 3 for the interviews.

Once we were set up for the first interview, I started copying footage to the producer’s hard drive. Our producer had to catch a flight later that day so I wanted to get a jump on the transfer. It wasn’t long before the producer was on his way to the airport and I was heading back to Waco. 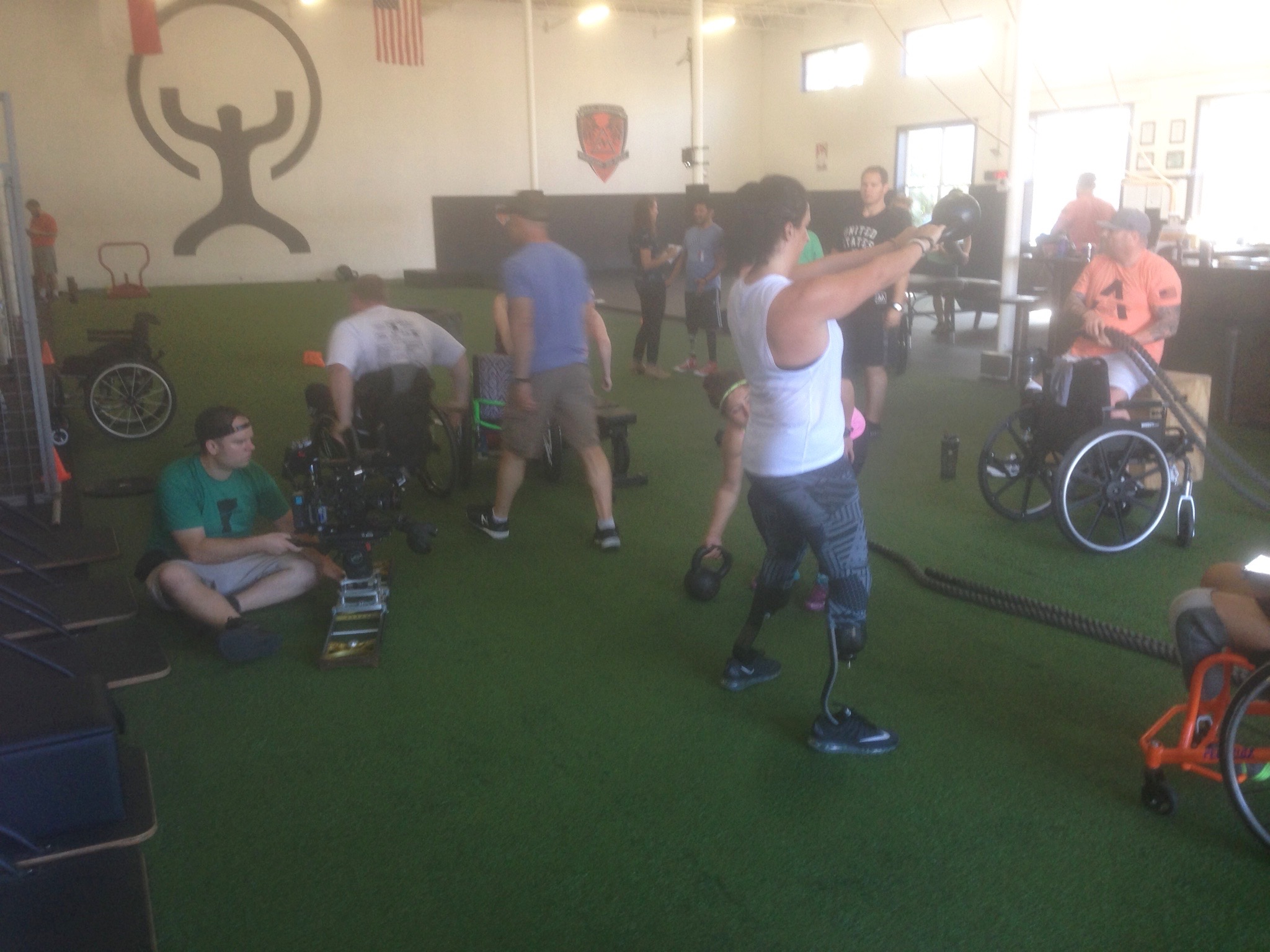 I love when I get the chance to use the MYT Slider. 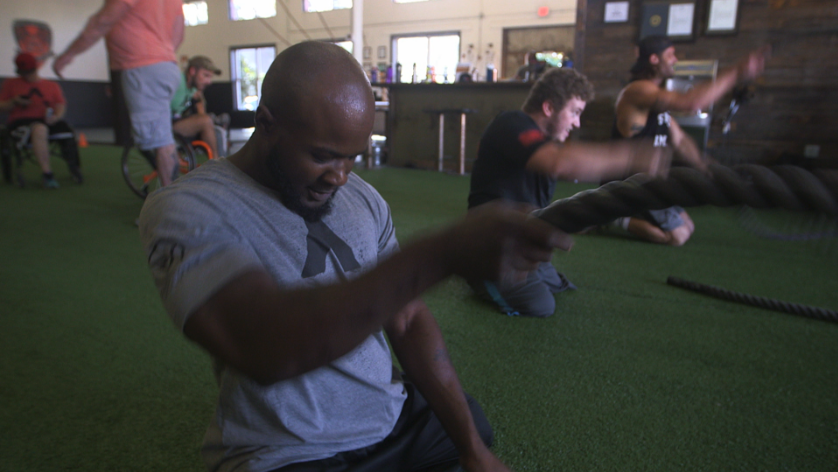 A screen grab of some veterans working out with David Vobora.

Check out the full video here!