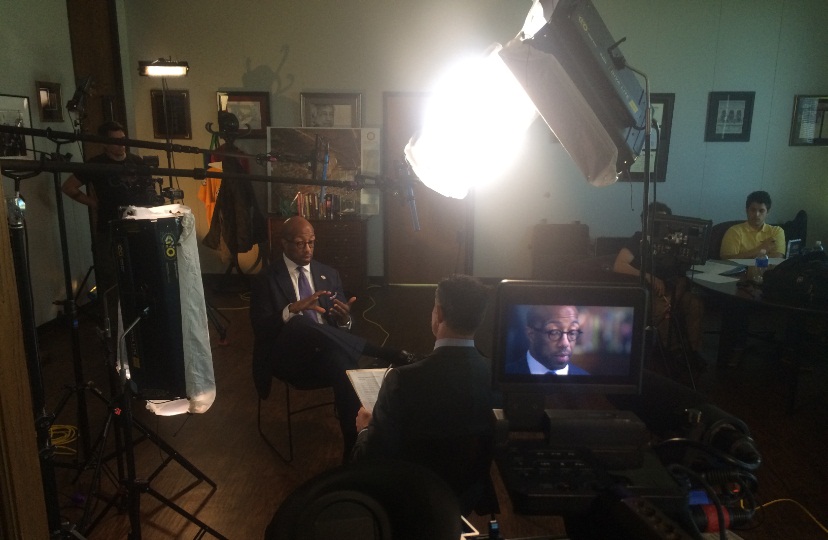 I love it when I get the chance to work with other Go To Team crews.  Life is just a little easier. I was fortunate enough to team up with Dallas cameraman, Nate Galluppi for HBO’s Real Sports.

For the shoot, we shot on the Canon C300 with a variety of L-Series glass at our disposal. The subject for our feature was Paul Quinn College and the steps the college took to save their school from bankruptcy. 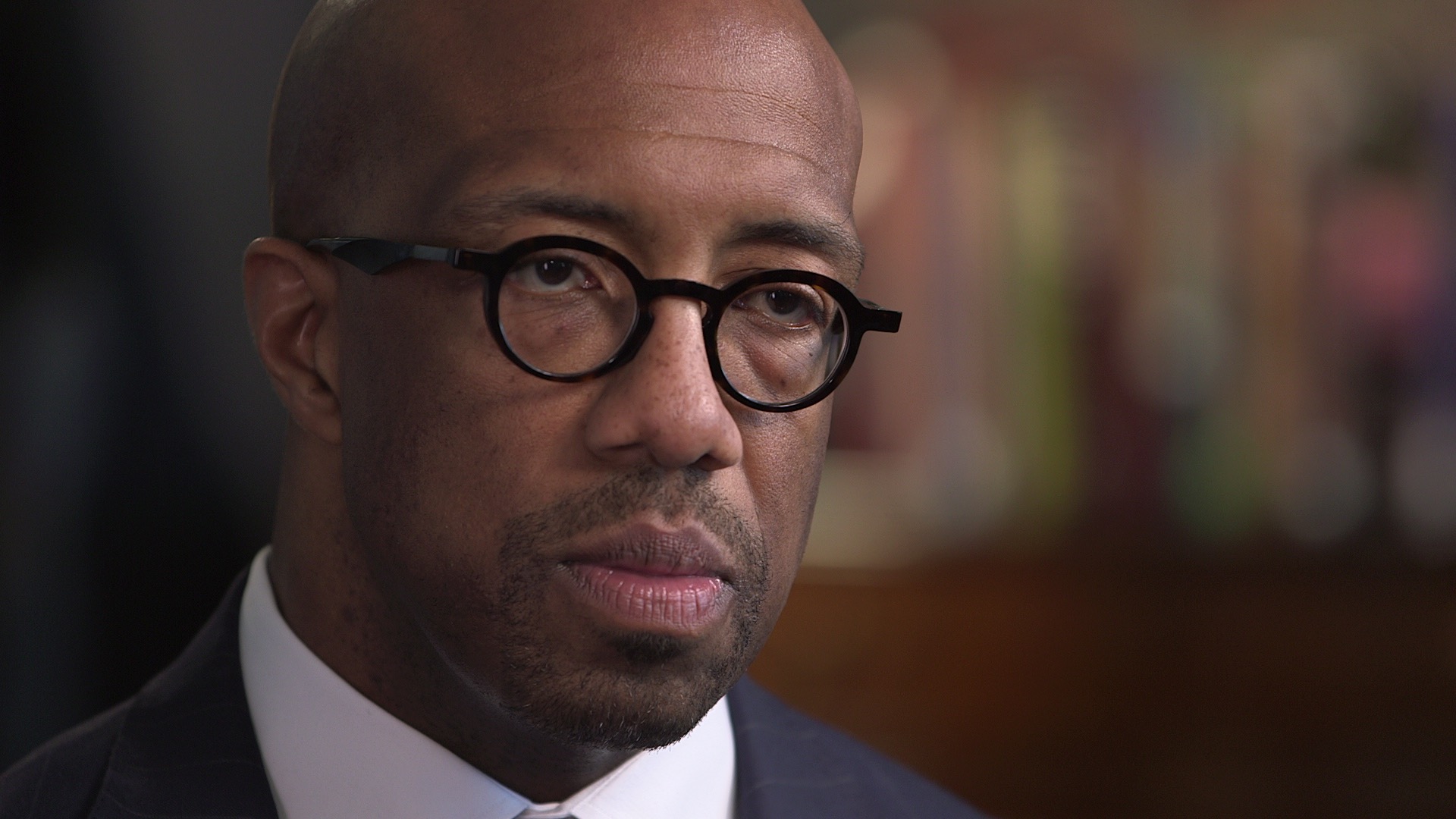 Here is a screen grab of school president, Michael Sorrell from our sit down interview. I assure you that he is actually a pretty happy guy. I just picked a wrong time to grab a still shot.

Our day started with sunrise b-roll of the old football field, which is now a farm since the school had to ditch their football program because of bankruptcy. Certain elements of the football field still remain such as goal posts and the score board.  It was by far one of the most unique scenes I’ve ever seen.

After shooting b-roll of the converted farm we shot interviews with the head farmer and students who work on the farm. This was followed by a walk and talk interview with Paul Quinn College’s President Michael Sorrell and Real Sport’s Correspondent Jon Frankel.  I switched to a 16-35mm f2.8 for the walk and talk while Nate shot tights with a 24-105mm f4.

We then shifted gears and ventured over to President Sorrell’s office to set up for a sit down interview.  We lit the interview with Kinos and Lite Panels.  Each C300 was mounted with the 70-200mm f2.8.  The producers had me set up an additional shot on President Sorrel with their own 5D and 70-200mm. 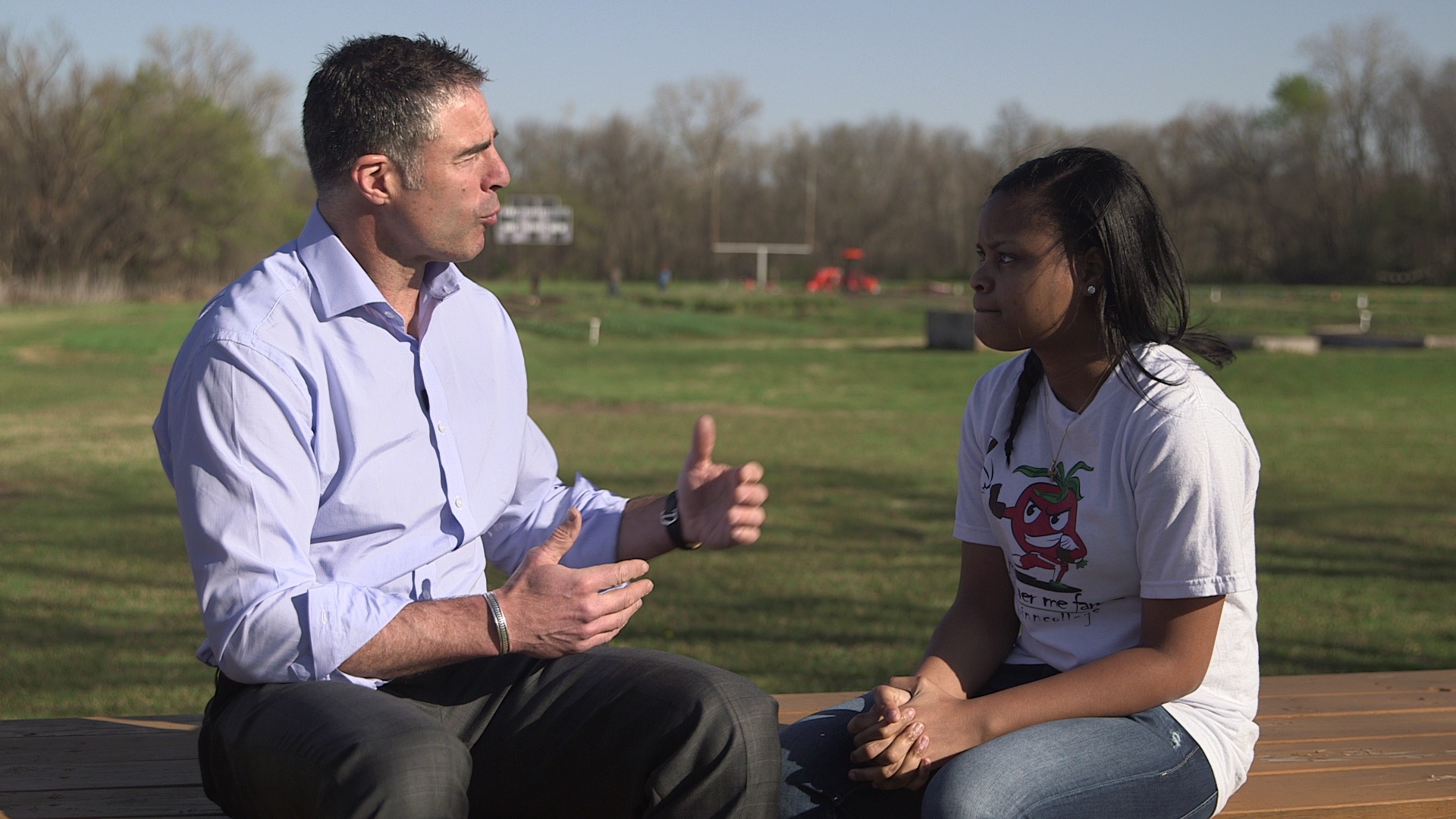 While Nate and our audio guy packed up I headed downstairs to shoot some additional b-roll of students working in the administration office. By the time our trucks were loaded up all the footage from the day had been copied over and the producers were on their way to the airport.  This day was non-stop. The producer’s made every minute count and that’s the way I like it! Can’t wait to check out this feature. New episodes of HBO’s Real Sports begin to air at the end of March.