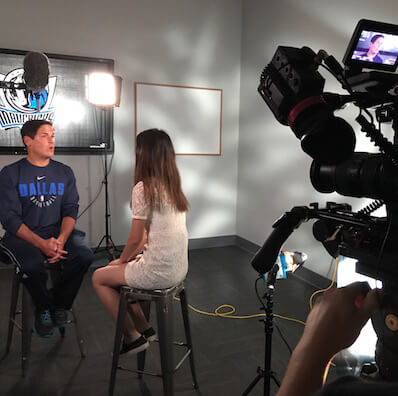 Our Dallas video crew, Nate Galluppi and Nate Silverman, learned some Chinese on a fun shoot with ESPN International all about the Dallas Mavericks.

What does Mavericks Mean in Chinese?

If you take the phrase Dallas Mavericks and translate it into Chinese, you get Dallas small cows. The Mavericks are far from small, and their logo is actually a horse, so are they looking to rebrand. They are reaching out to their fans to get input on a new name for the team. 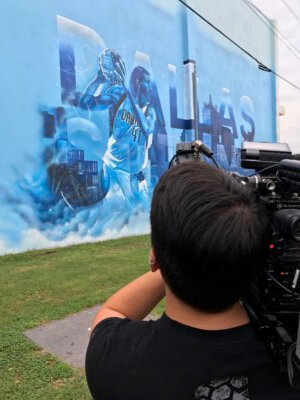 We went BTS with Mark Cuban, entrepreneur and owner of the Mavericks, to talk about the rebranding with ESPN International. He is proud that the first Chinese NBA player, Wang Zhizhi, played for the Mavs. And he is proud of all the Chinese players who have followed in Zhizhi’s footsteps. Cuban wants to make sure they are included in the rebranding process. He is doing this by reaching out to Chinese basketball fans worldwide.

Our Dallas video crew learned phrases in Chinese, talked with big names in sports, ate country BBQ and went to the Fort Worth stockyards – all in a day’s work at Go To Team. Thanks for the experience ESPN International!

Watch the video here below!