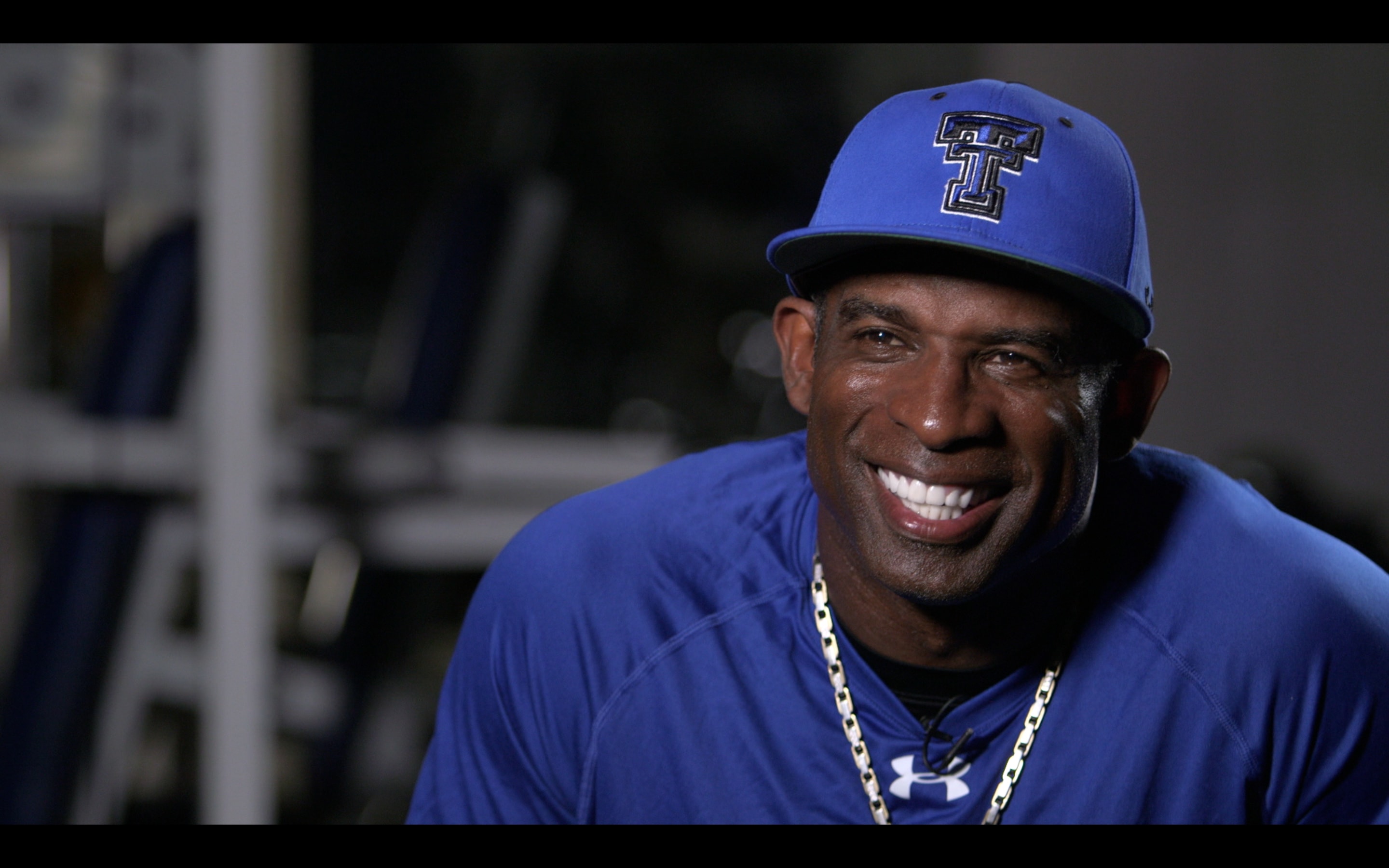 Dallas Camera Crew on the Field with Deion Sanders, MaxPrep, and CBS

Friday Night Lights isn’t just a tv show, it’s a way of life in Texas. Entire towns close up shop and make there way to watch the local high schools on the football field. Trinity Christian in Cedar Hill, Texas isn’t necessarily a big school but they’re making big news on the football field. That’s because their coaching staff this year is bolstered by three former NFL players and one who wears a gold jacket that he didn’t have to pay for. That would be Hall of Famer and offensive coordinator for the Tigers, Deion Sanders. This season, MaxPreps and CBS followed this star studded team in a docu-reality series and Go To Team had the pleasure of capturing it all. 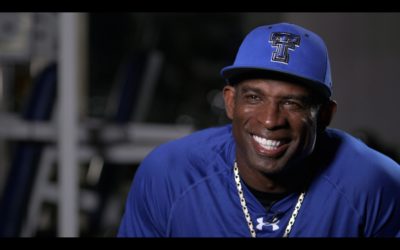 We sat down with the coaching staff for introductions and their outlook on the season. Using a rembrandt style to lighting with Lite-Panels for the interviews, we kept the look consistent throughout the series while interviewing players, parents, teachers and the school’s pastors. Interviews and hero shots were done on the Canon C300 with 70-200mm and 50mm L-Series lenses. For game highlights and b-roll, the Canon HJ21ex7.5B was adapted in order to get in tight on the action from the sidelines and stands.

We used a DJI Osmo to get up close and inside the huddle. After the coaches gave their pregame speech it was game time. Four coaches were mic’d up including head coach and former NFL running back/returner Aveion Cason, associate head coach Sean Riley, offensive coordinator and NFL Hall of Famer Deion Sanders and defensive coordinator Andre Hart. Couple that with some big plays, crowd cheering, band and cheerleading you’ll get the feeling you were actually at the game.

Trinity, led by freshman quarterback and Deion’s son Shedeur Sanders, senior All-American Maurice “Cali” Washington and bolstered by a talented roster and coach staff were fun to cover on and off the football field. You can catch Truth About Trinity on MaxPreps.com 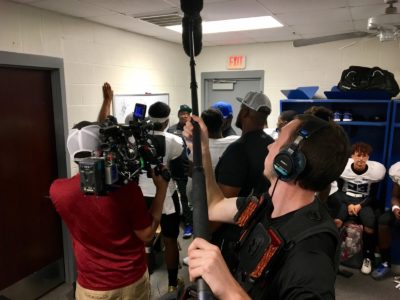 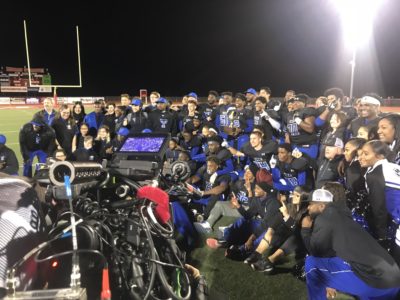 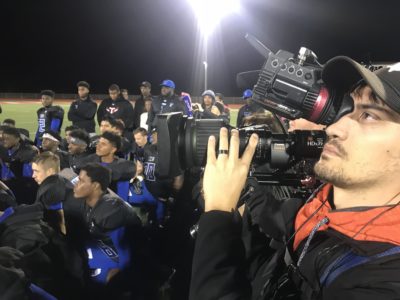 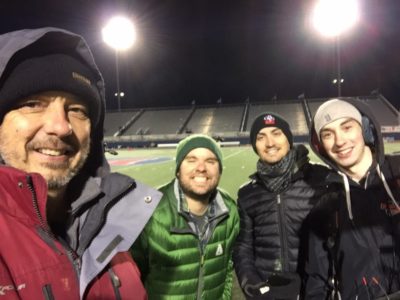