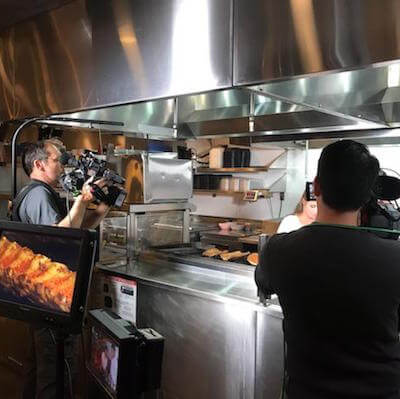 Dallas Video Crew at TGI Fridays with The Chew

Our Dallas video crew got a taste of what TGI Fridays is cooking in their Texas test kitchen with ABC’s The Chew. Feeling foodie? Check this out.

Everything’s bigger in Texas, and Texas knows barbeque. So combine the two, and you have the new Big Ribs at TGI Fridays. The Chew’s correspondent, Jackie Rothong headed to TGI Fridays’ test kitchen in Addison, Texas to get a taste of what new recipes they’ve been working on. The Big Ribs are what the head chef was most excited about. A variety of savory barbeque flavors + lots of bacon = the ultimate rack of ribs. They have local people come in and test the dishes, and who better to judge ribs than the Southerners in Texas? Once a new recipe is given the thumbs up in the test kitchen, it moves right onto the menu. The head chef feels like a proud dad when he sees his creations being eaten all across the country. 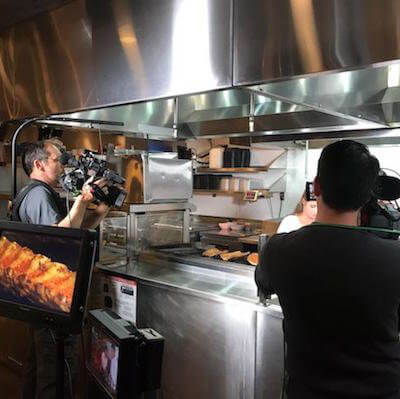 What else did The Chew get a taste of while in TGI Fridays’ test kitchen? Fresh and flavorful pasta, donut cheesecake (you heard that right) and a sweet martini poured over cotton candy. Such innovation! Did you know that TGI Fridays invented the potato skins? With all of our lighting setup throughout different spaces, it was a breeze moving from location to location to capture all the yummy footage. We captured food beauty shots, B-roll and interviews while they were cooking. And after a great day of shooting, they let us taste the creations, too! 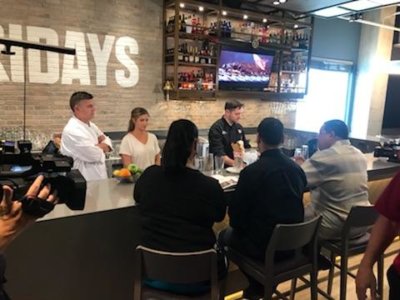 From savory to sweet, this tasty shoot left us feeling full and great. Thanks for letting us tag along The Chew! Glad we could stand the heat. What will TGI Fridays whip up next?

Watch the full video below: