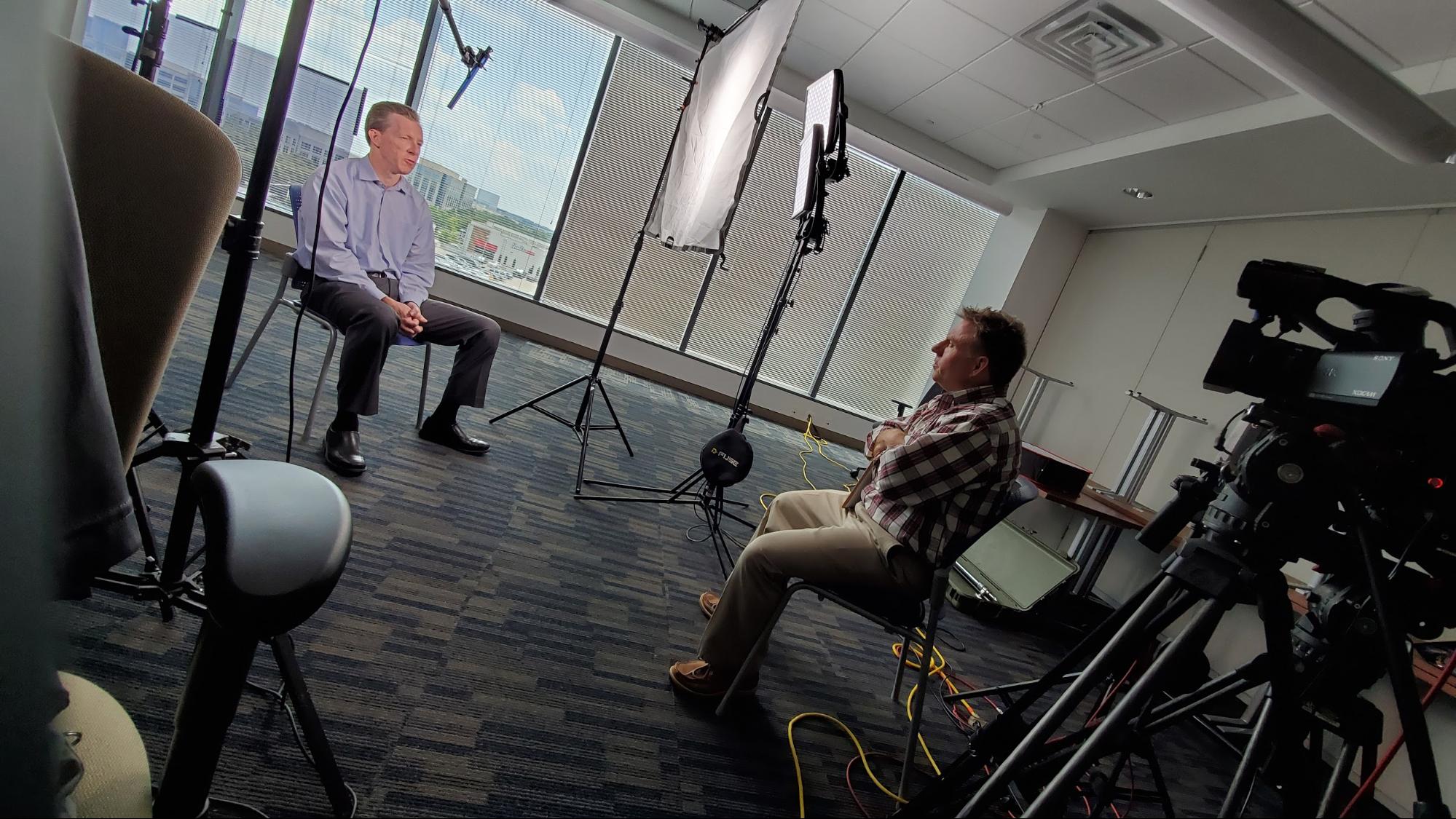 Amica Insurance is here and ready to get Frisco students on track for school. Amica partnered up with Frisco Family Services to provide several back-to-school backpacks for Frisco ISD students. Go To Team’s Dallas DP, Nate Galluppi, worked with Amica to help capture it all!

On the first day, Galluppi and his crew met up with the Amica representatives and Frisco Family Services volunteers to discuss the back-to-school backpack drive. He shot b-roll of the entire event using the Sony F5. 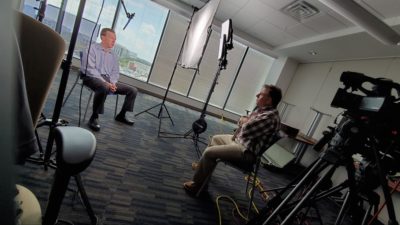 The crew used two Astras as the key, fill lights and a litepanel for hair light. For the background, several Arri 150 lights were used. He filmed three interviews in this setup and several other OTF interviews throughout the building. 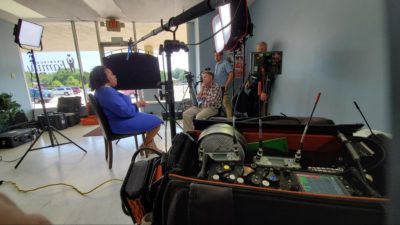 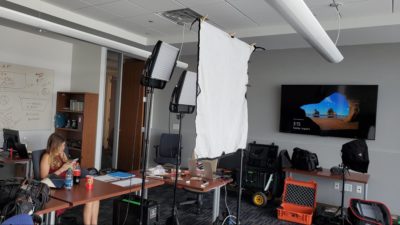 The second day, Galluppi shot another interview at the Frisco Family Services food pantry. At this location, there was a large window that was used for the fill light. So, he used both Astra lights as the key light to combat the natural light streaming in through the window.  A flag was still needed to stop down the light on the fill side. A litepanel provided the hair light and three Arri 150s strategically gripped onto two light stands lit up a bookcase in the background. 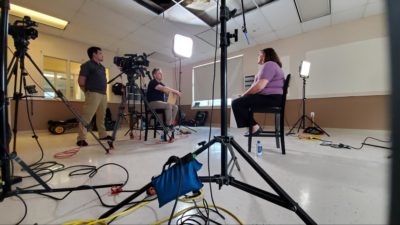 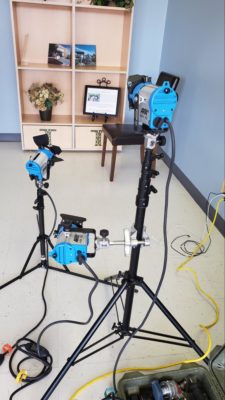 That afternoon, he arrived at the Amica office. This shot had a window in the background. In order to make the shot work, he put a two stop ND on the windows and doubled up the Astras again for the key light and shot them through a 1 ¼ silk. Two Litepanels were used for the fill and hair lights. 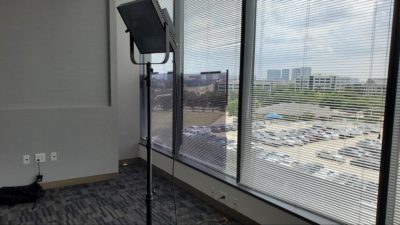 We are constantly grateful for being able to help tell incredible stories of charity and giving, and we are thankful to Amica for letting us help tell their story. We look forward to working with Amica’s team on future upcoming projects.