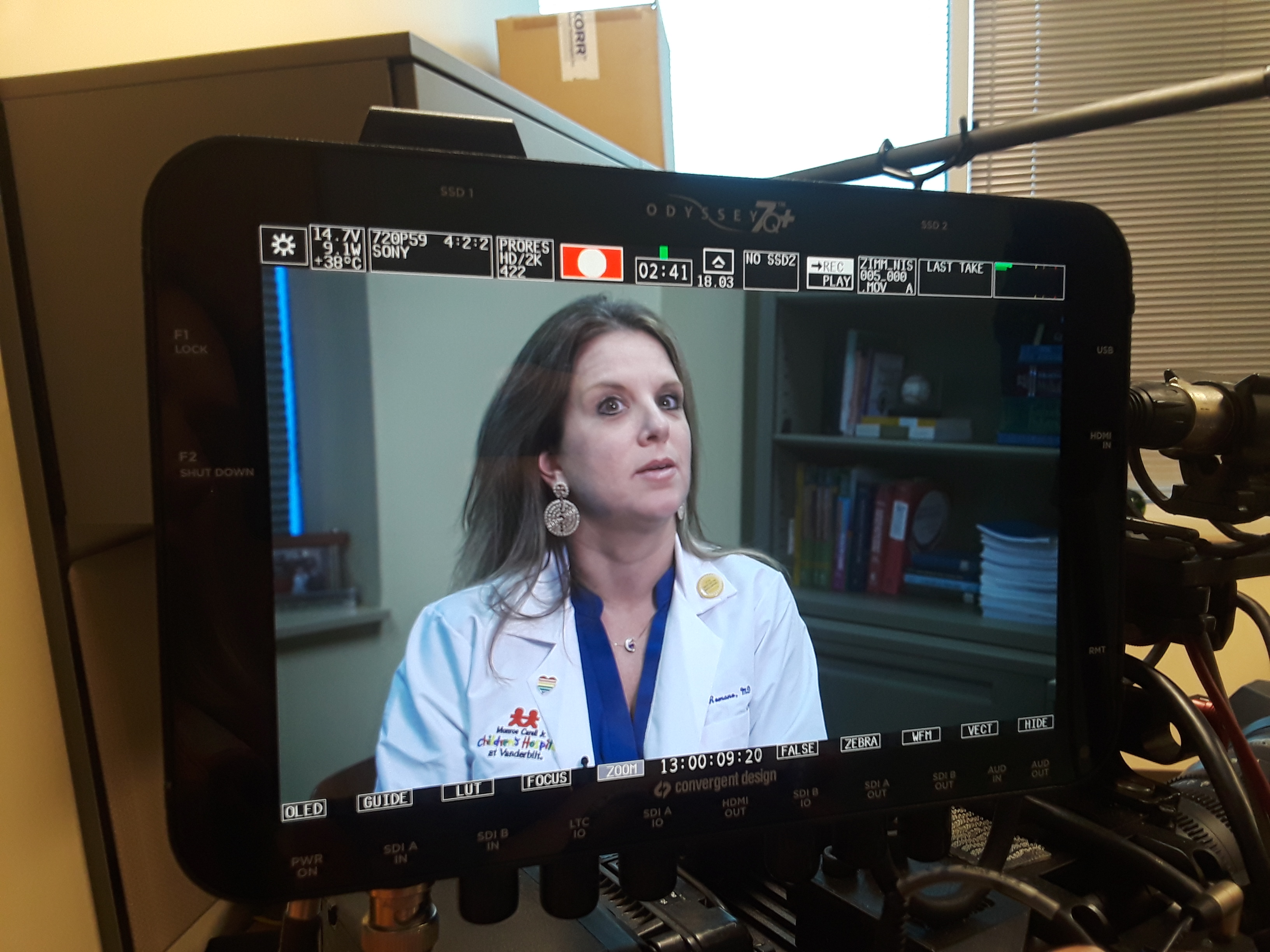 Mary E. Romano specializes in adolescent health at Vanderbilt. Maria sat down with ABC Nightline in light of the blockbuster set of Supreme Court cases that will determine whether federal anti-discrimination law protects the LGBTQIA+ community. Our Nashville DP, Peter Leininiger, and apprentice, Emma Vogelmeier, joined ABC in Nashville to film the sit down interview. 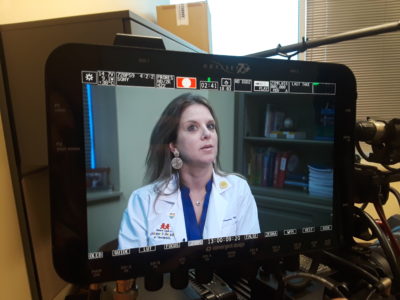 For the interview, there was a screencap to base opposite framing on in hand, so it was necessary to find a large enough space to set up the interview facing screen left. Additionally, the interview had to be conducted via phone, so it was important to have her looking in the correct direction for correct eyelines.

Peter ended up sitting where she needed to look so that she would have someone to direct her answers to and he used his onboard monitor to be able to see the shot while doing so. The office that was chosen was bright enough to only need a Lightpanel Astra 6x as a key. All in all, it was a fairly simple interview set-up! For the audio set up, Emma clipped a Sanken mic on Mary’s coat below frame. After the interview, Peter and Emma got b-roll shots of Maria and her office.

Romano was well spoken and knowledgeable, giving concise and eloquent answers to questions about transgender health and transitioning during various stages of life. A couple b-roll shots later and it was off to the local ABC affiliate to feed back to New York to air that night.

Thanks so ABC for choosing to work with Go To Team crews on this segment. We are honored to be apart of these important stories and look forward to working with you on future projects!