Go To Team’s most valuable asset is the talented video production industry professionals that choose to work with us. There is a great production management team behind the Directors of Photography, Audio Operators, Producers, and other members of staff you’ll meet on location.

Shawn Moffatt joined Go To Team in 2006 as Operations Manager and Managing Partner. On the business side, Shawn focuses on growing Go To Team through mergers and acquisitions by connecting the dots and leveraging connections to try and solve huge problems in the media industry. He’s in charge of business development, market expansion, and overseeing the employees in the organization. He graduated from the University of South Carolina in 1996 with a Bachelor’s Degree in Broadcast Journalism.

After graduation, he edited for WIS-TV then moved to ABC affiliate, WOLO-TV as a videographer and live truck operator. From there, Shawn served as a director for WJCL-TV in Savannah, WCSC-TV in Charleston and KOIN in Portland. While at KOIN, he directed the 2003 “Rose Festival Parade”, a two-hour live broadcast featuring a nine-camera shoot with jib and helicopter crews, which were aired in major West Coast market areas. Shawn returned to Charleston as operations supervisor for WCSC-TV for all news production staff and programing. Out of the office, Shawn is spending time with his wife and three children.

As COO, Courtney oversee’s business operations, staff, client relationships, equipment purchases, company budgets and 5000+ shoot days for Go To Team, Assignment Desk & Stark Crews. Simply put, Courtney gets it done and keeps everything running smoothly. She joined Go To Team in 2012 and has loved every minute since. Her job is anything but normal and is full of fire drills that keeps her on her toes to care of clients and staff. She loves talking with clients to figure out exactly how we can help! Courtney graduated from the University of South Carolina with a Bachelor’s Degree in Journalism and Mass Communications. While at the university, she worked at Gamecock Productions, where she filmed, shot and edited pieces for USC’s Athletic Department. It was at her time working with the Facility Sales department at NFL Films where she decided to pursue a career in production management. Away from the office, Courtney loves working out, drinking wine and hanging out with her husband and son. Cheers! 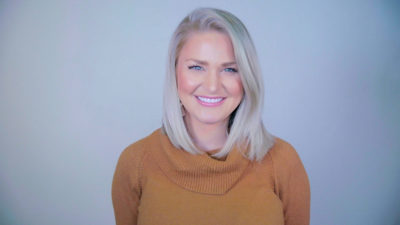 Erin joined Go To Team in 2014 after graduating from the University of South Carolina Upstate with a Bachelor’s Degree in Communications. While at USC Upstate – Erin was a captain of the D1 softball team. As Senior Production Manager, Erin manages over 25 employees in the office and field and oversees over 2500 shoot days per year. In her free time, Erin enjoys spending time with her husband and daughter, Emma.

Anna Bostick graduated from the University of South Carolina in 2018 with a Bachelor’s in Sports & Entertainment Management and a Dance Minor. Anna is a great team player here at Go To Team, and we are lucky we were able to bring her on board after her graduation. Thorughout school, she participated in the Carolina Girls Dance Team (who wants to do a dance off? We guarantee she will win). In her free time, Anna enjoys going to the beach and playing with her puppy, Nellie.