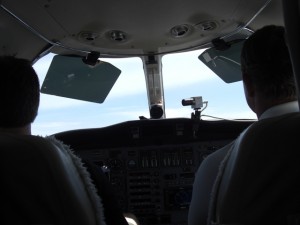 Clark Crew Takes The Interview To The Skies

Fox Sports NASCAR talent Jeff Hammond wanted to catch up with Sprint Cup Series driver Carl Edwards, but the only time Edwards had for Hammond was on the flight from his home in Columbia, MO, to the track in Talladega, AL.  Well, not really, but it made for a great spot for an interview!  But the cockpit is a tough spot for a Varicam.  So Go To Team’s Charlotte-based crew Skip Clark and Dan Lowrey rigged up some POV cameras to shoot back at Edwards and Hammond.  The new Toshiba HD cameras brought 1080i to the project while Convergent Designs’ Flash XDR Recorder made the footage easy to capture.  The Flash XDR Recorder recorded the HD-SDI signals from the cameras and the audio feed from the Varicam while adding the timecode from the Varicam to make the edit process super easy for producer Jake Jolivette.  Be sure to keep the Flash XDR Recorder in mind next time you need to keep the cameras small! 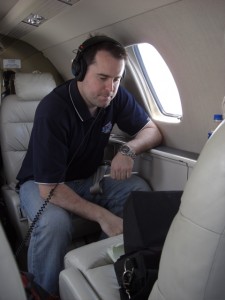 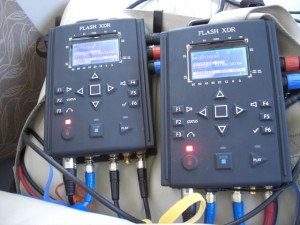 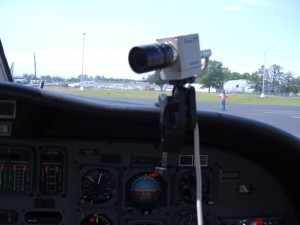 On Our Way To 'Dega