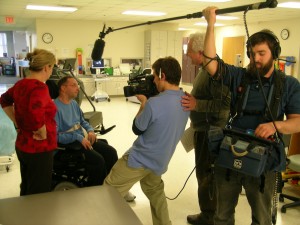 Modisett Crew Profiles a Hero for America’s Most Wanted

America’s Most Wanted on Fox has a great contest that helps recognize the men and woman that put their lives on the line everyday to protect us. AMW asks people to nominate their local first responders that have demonstrated a great deal of bravery in serving their community. Go To Team’s Richmond, VA based video crew got to profile one of these extraordinary men.

On May 10, 2008 Officer Bryan Lawrence was off duty but responded to a call of a woman being assaulted at a near by gas station. When he arrived the suspects fled. Officer Lawrence was in the process of arresting one of the perps when the second one blindsided him with a kick to the head. The suspect kicked Lawrence so hard, it left an imprint of a shoe in his head. Luckily, the suspects were both caught, but the impact of the kick broke the officer’s neck and he is now paralyzed from the shoulders down.  Despite his injury, Lawrence is still very active in the community.  He is known for bringing roses to local nursing homes every Mother’s Day.

This tragic story resonated with the people in the Roanoke community and the votes poured in. He was selected as the Week 1 Finalist for the AMW All Star Award and Go To Team’s Nick Modisett and Jesse Clark crew spent a day with Bryan. It was amazing to hear him say he would not hesitate to do it again because that is what his job requires. I am glad there are heroes out there like Officer Bryan Lawrence. 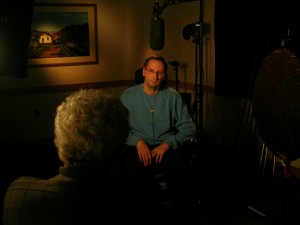