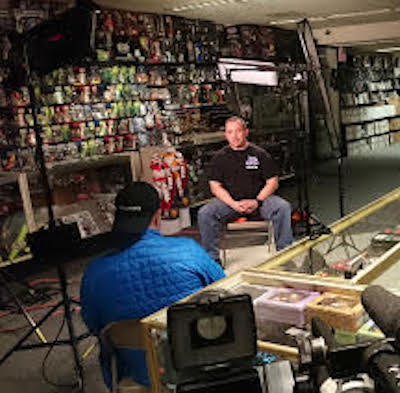 Shoot I Loved the Most: Star Wars and Stormtroopers 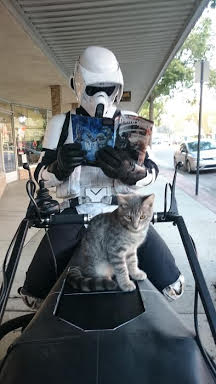 Our Columbia Director of Photography, Craig Goodale, tells us about his all-time favorite shoot:

One of my favorite shoots by far was the Star Wars Speeder Bike piece that I shot for Discovery Canada. Basically, the owner of a comic book shop in California’s Central Valley decided to create a full-sized replica of the iconic Speeder Bike used by Imperial Stormtroopers (and later stolen by Luke Skywalker himself) in the final chapter of the original Star Wars trilogy, Return of the Jedi. He walked us through the build and we took it for a spin around the streets of his small town, catching the attention of all who crossed its path. If that wasn’t enough, a kitten showed up in the comic shop and took a nap on our gear during the interview.

A Star Wars themed story? Folks dressed up as Storm Troopers? Kittens? I literally could not ask for more out of a shoot. 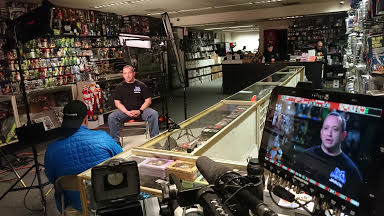