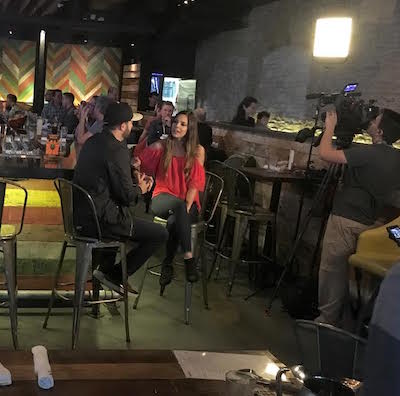 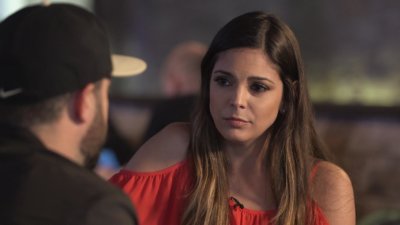 One of the cool things about SXSW is walking around and not knowing who you’ll run into. There are people from all over the globe. For two weeks in March, it feels like the world flocks to Austin, TX. With all these folks around you’re bound to stumble upon mingling celebrities. Working with FS1 and Katie Nolan allowed Roggg, Nate and I to work with a lot of famous faces. For three days, we followed Katie around for Rollin’ with Nolan as she got a feel of everything SXSW has to offer.

On Saturday, Austin welcomed us with a cold drizzle. We fought moisture for a majority of our three days with FS1. Tech is a large part of the SXSW scene and some representatives from the DRL (Drone Racing League) showed Katie what’s new. Three C300s captured the action as Katie fired up a drone with the DRL spokesman. Flying a drone is difficult and, even with professional guidance, Katie found herself in some hilarious situations crashing her drone into a tree and even a producer! (No trees or producers were injured in the filming of Rollin’ with Nolan.) Then Roggg, Nate and our third camera operator, Austin from Austin, turned their rigs skyward as a professional drone racer put on a show, slicing and dicing his drone through the park. 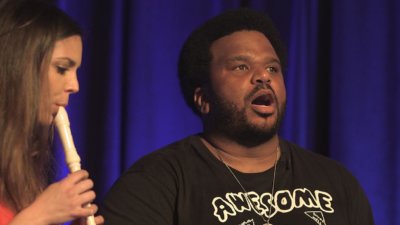 After the drone bit our crews split up. Nate went to cover Katie canvassing Austin while Roggg and I headed to set up at the bar of Eureka! We positioned our talent at the corner of the wrap-around bar and utilized light panels to give the scene a little more pop. Katie chatted with stand-up comedian, Nate Bargatze, as Nate…GALUPPI! and Roggg cross-shot singles of their conversation. Using our MYT slider, Austin rounded out the coverage with a dynamic 2-shot.

After Eureka! we shoved off down the street to Maggie Mae’s, a nifty space that looks to be the offspring of a courtyard, bar and stage. At this point in the day, I had been serving our crew as an AC but this location opened an opportunity for me to run camera! We set up four cameras and pointed them at Maggie Mae’s stage. When it came time to roll we had Katie and multi-talented funnyman Craig Robinson in our viewfinders. Armed with a mini Casio keyboard and an arsenal of handheld music-makers, Craig and Katie carried away trying to find the right melody for the Rollin’ with Nolan theme song. The bit was 100% improvised and Craig came up with some hilarious lyrics as Katie kept rhythm with a melodica (a breath-powered handheld keyboard). We actually had five cameras rolling on the action! Roggg, Nate and Austin were on sticks as I moved back and forth on the slider. Roggg then propped up a GoPro on the stage for an interesting reverse angle. Maggie Mae’s proved an eventful space and we captured some memorable freestyling from Craig and Katie. Definitely one of the highlights from the three days!