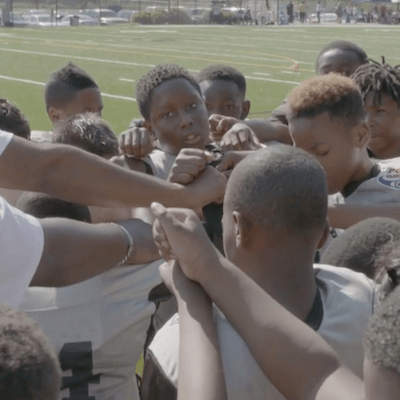 Our Charlotte video crew, Tori Musciano, was able to play locally for an awesome Sports Illustrated shoot highlighting “Football in America.” From the Panthers to UNC Charlotte to the South Pointe Stallions to the youth PAL league, we got a feel for football throughout the entire city of Charlotte, North Carolina. This city has grown tremendously and so has its football culture.

Every kid needs a PAL! And PAL in Charlotte means a Police Activities League that encourages inner-city kids to get active and educated. We were happy to learn about these kids and this great program. For most of these children, football can be a ticket to rise above their circumstances. They are from low-income families who will have a hard time affording college if they don’t get a scholarship. A football scholarship is their biggest goal. The coaches are there for more than just football – they are there to talk about life and raise the boys into great men. For a lot of the kids, their coaches are their only male role-models.

Go Stallions! Our Charlotte video crew got a behind the scenes look at the South Pointe HS football team while their coach, Strait Herron, was giving them a big speech. What was the best takeaway from what he said? “When something good happens, smile. When something bad happens, move on and don’t let it happen again.” They must have been listening because they finished last season undefeated. At one point, people were saying the school should not have even been built because it was built right before the recession. The Stallions wanted to prove those people wrong by building tradition, community, and a kickass football team. 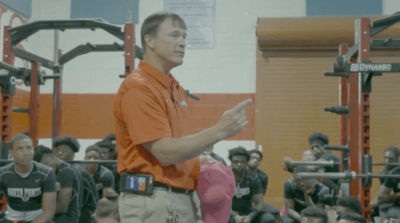 Go 49ers! The Charlotte 49ers that is. We got up close and personal with the University of North Carolina at Charlotte football team from the sidelines of a game for great shots to the locker room for B-roll and interviews. It was great to highlight football culture at a collegiate level in the Conference USA. They aren’t a huge school, but they have great students and fans who go crazy for the games. 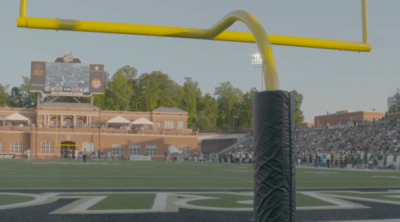 Keep pounding! The Carolina Panthers have been around for more than 20 years now. Still considered new to the NFL scene, no Super Bowl wins under their belt, but they still have some of the best fans around. Led by Heisman winner QB Cam Newton, the Panthers bring in crowds from North Carolina, South Carolina, and Virginia. Our Charlotte video crew posted up on the sidelines of a fun game during last year’s season to watch them score a W. Now they are done for the season, but we can’t wait to showcase them again this fall. 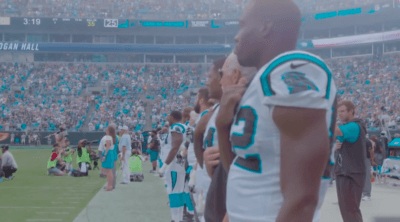 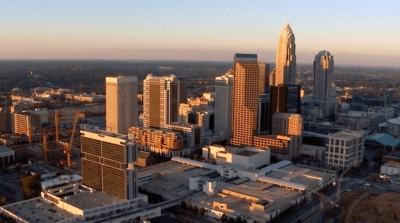 The old south met the new in this segment highlighting Charlotte’s football culture. It’s more than a game, it’s a way of life. The fans are family members, kids, bandwagons, die-hards, newbies, alum, coaches and everything in between. We love shooting stories like this. Thanks Sports Illustrated!

Watch the full Charlotte video here. Also be sure to check out the Philly story, too.