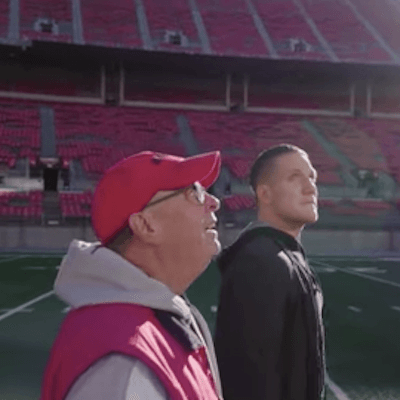 Our Cleveland video crew went behind the scenes of a special Hyundai commercial through Players’ Tribune all about A.J. Hawk’s time playing college football at Ohio State.

Born and raised in Ohio, it was only natural that A.J. Hawk would end up playing college football at Ohio State University. He would go on to earn All-American honors and win the Lombardi Award during his four years with the Buckeyes. He would also go on to be drafted in the first round by the Green Bay Packers in 2006, win Super Bowl XLV in 2011, and eventually retire in early 2017. To celebrate his retirement, he took the time to go back to his OSU roots with Players’ Tribune for a special Hyundai promo commercial. 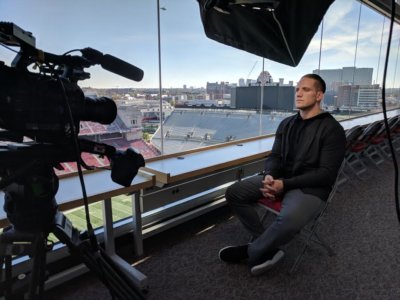 Hawk chose his Uncle Dick to come along with him to revisit Ohio State. Our Cleveland video crew hopped in the back seat of a Hyundai with them and rode along with them as they talked about Hawk’s memories at the university. His uncle was always the biggest fan of the Buckeyes, so when Hawk started playing for them, his excitement was immeasurable. Hawk remembers when he was offered the scholarship and immediately saying yes. His uncle remembers the first game he ever played and seeing him actually get playing time. Once they arrived at the stadium they stepped inside and even more memories flooded back. Intercepting and scoring a touchdown in his second ever game, winning the National Championship his first season, and the Buckeye tree that was planted for him when he became an All-American player. They then rode over to his old house near the stadium. All his friends and family would come over for the games. Some of their favorite memories were in that house. When we finished everything up his uncle said, “Can we do it again tomorrow?” 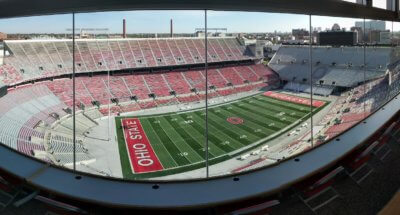 Where you go to college can shape your life – it certainly shaped Hawk’s. His four years of college were all about football, family, and OSU. We were thankful to be able to help tell this story with Players’ Tribune.