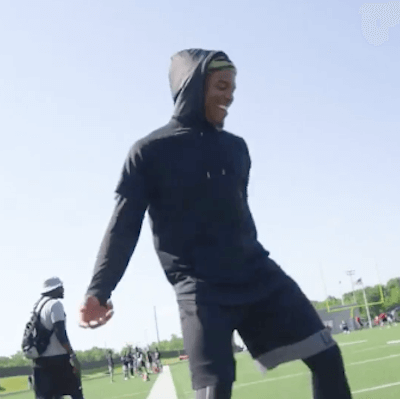 Cam Newton Foundation Where Every 1 Matters

Every 1 Plays. Every 1 Learns. Every 1 Gives. Every 1 Matters. That’s the Cam Newton Foundation’s philosophy. Carolina Panthers’ #1 quarterback, Cam Newton, created his foundation to impact kids in his community. Every 1 Plays mission is to get kids involved in sports who don’t have the financial means to do it themselves and to revitalize community parks and recreation centers. Every 1 Learns is all about expanding educational resources for at-risk kids through tutoring and mentoring. Every 1 Gives encourages kids to get involved with community service, especially around the holidays. Every 1 Matters encompasses all three objectives of the foundation.

One of the Cam Newton Foundation’s biggest events is the annual 7 v 7 High School Football Tournament Series. It gives North Carolina and Georgia high school students the chance to compete for money for their schools and then be a part of the all-star state v state game. Our Columbia camera crew hit the field with Cam and the kids as they played around. The players were thrilled to be playing on the same field as a Heisman trophy winner, MVP winner, and Panthers team captain. They said he is just a “big kid at heart.” 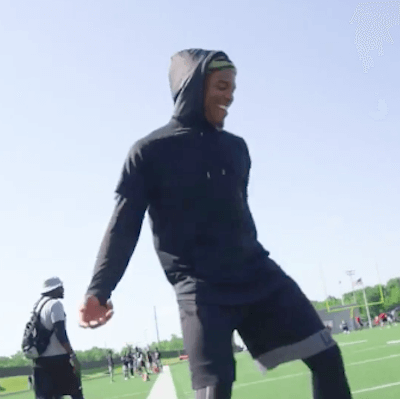 Partnerships with Make-A-Wish Foundation and 5210 League

For this piece, the Cam Newton Foundation partnered with the Make-A-Wish Foundation to grant some children with life-threatening illnesses their wish of getting involved with the Carolina Panthers. Cam took the kids through the locker room, the practice facility, and the practice field. He said, “the ability to give them hope, gives me life.” For this piece, his foundation also partnered with the 5210 League of the Carolinas. Their mission is to get kids to eat FIVE fruits or vegetables a day, spend TWO hours (or less) looking at screens, get ONE hour of exercise a day, and drink ZERO sugary drinks. The league is dedicated to leading a healthy and active life, so it was a no-brainer to get Cam involved in the cause.

28-year-old, 6 foot 5 inch, 245 pound, Cam Newton has been a big name in football for years and years. He began playing football at a young age, wanting to take after his father and older brother. He started as varsity quarterback his freshman year at Westlake High School in Atlanta. (He also played varsity basketball.) He jumped around colleges at the University of Florida and Blinn College until he landed at Auburn University. He led the team to an undefeated season, an SEC Championship, and a National Championship. It was no surprise when he was the first overall pick by the Panthers for the 2011 NFL draft. He broke multiple NFL records his first season and has played for the team since.

Athlete, philanthropist, and all-around great guy – our Columbia camera crew was honored to help the innovative Players’ Tribune highlight this outstanding man and his life-changing foundation. Inspiring and gym-spiring for sure!