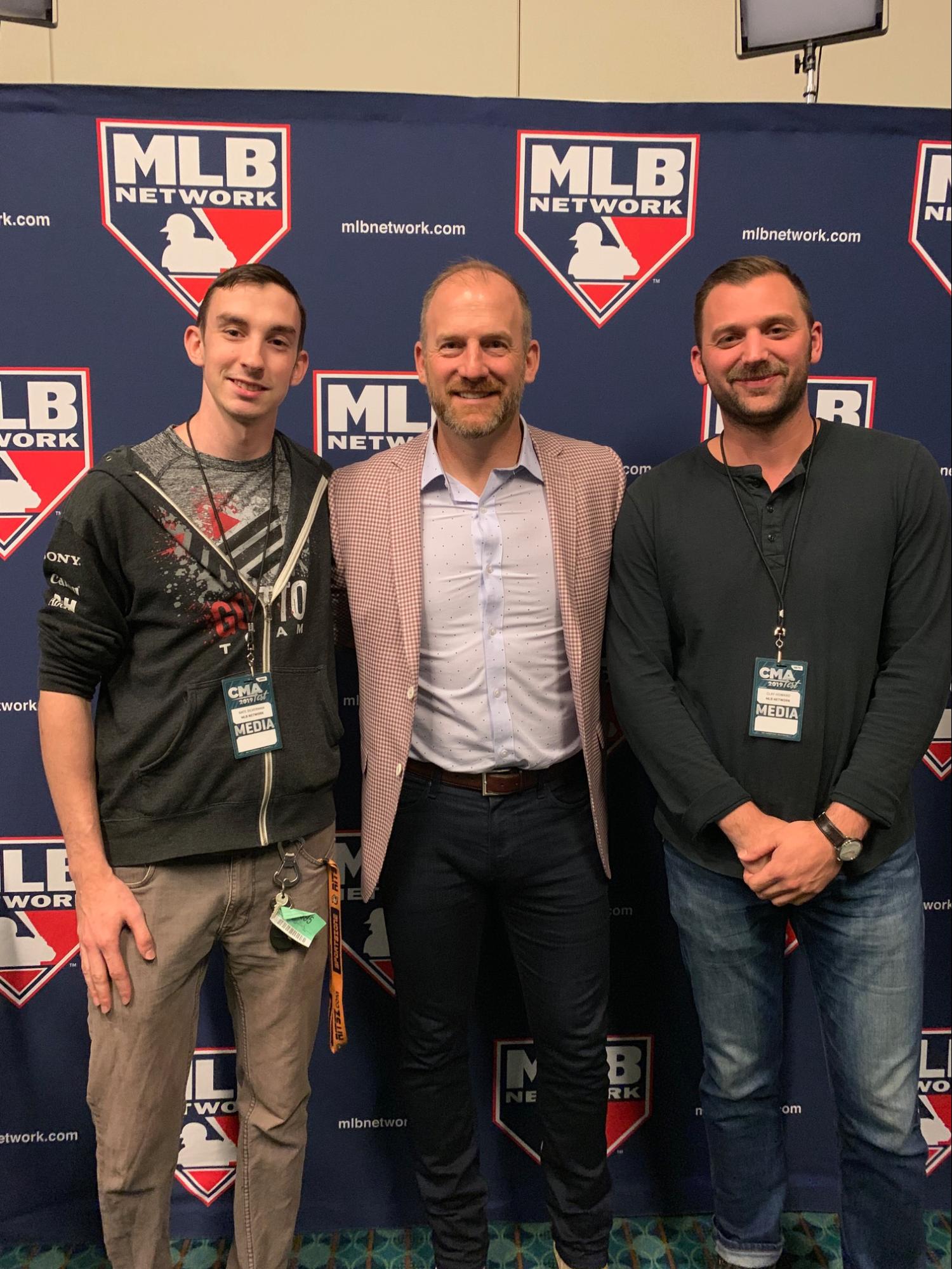 Country music and baseball. A duo as American as apple pie!

CMA Fest descended upon Nashville as a celebration of country music, and its fans took over Broadway and the Music City Center. Ryan Dempster, a two time MLB All-Star pitcher, World Series champ and country music fan was at this year’s CMA Fest to catch up with today’s hottest country artists. Who was there?  Top artists including Hunter Hayes, Frankie Ballard, Tucker Beathord and many others. 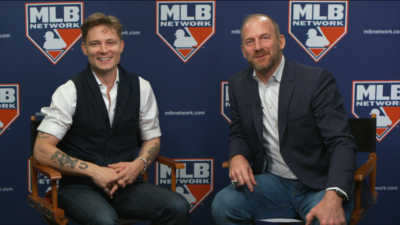 This year, CMA Fest and MLB’s The Cycle chose to work with Go To Team crews to help highlight these interview segments. Our Atlanta DP, Nate Silverman, was there to help capture all the fun in Ryan Dempster’s interviews! 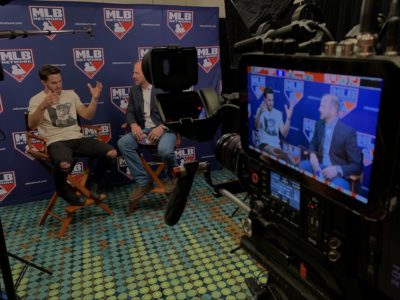 Our crew set up the interview in Music City Center. The backdrop of the interview was from MLB Network which helped the crew frame up a two-shot interview with the various artists and Ryan Dempster.  The talent was lit using two Arri 300W tungsten lights through softboxes as keys, two Generay Bi-Color light panels as fill and two more behind the backdrop as edge lights. 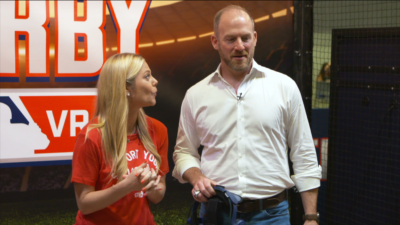 The flow of the segment was very streamlined. The artists would come in and sit down, and talked with Dempster about everything from baseball, to country music and anything in between. The crew shot all footage on a Sony F5 with various Canon L-Series lenses. This camera set up allowed streamlined transitions between filming the interviews and capturing b-roll of the festivities. 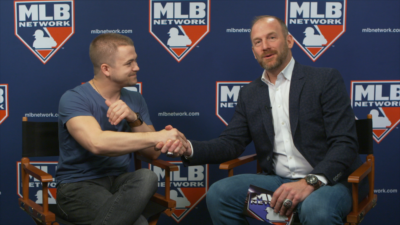 MLB VR was also present at CMA Fest. They caught Dempster trying his hand at hitting a few VR fastballs, which was very impressive and entertaining to watch.  The second day our crew filmed Dempster hosting his late night show Off The Mound with guests Tyler Rich, Barry Zito, and American Idol winner Scotty McCreery. Tyler Rich and Scotty McCreery talked about their music career. Scotty spoke about his time on American Idol and former Cy Young award winner Barry Zito talked about his baseball career and how he’s transitioning into a country music career. He even played a song from his upcoming EP! 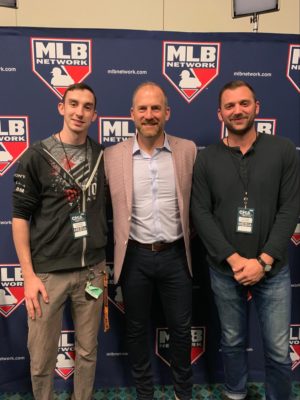 We are grateful to MLB Network for choosing to work with Go To Team crews at this year’s CMA Fest! We can’t wait to see what next year brings!