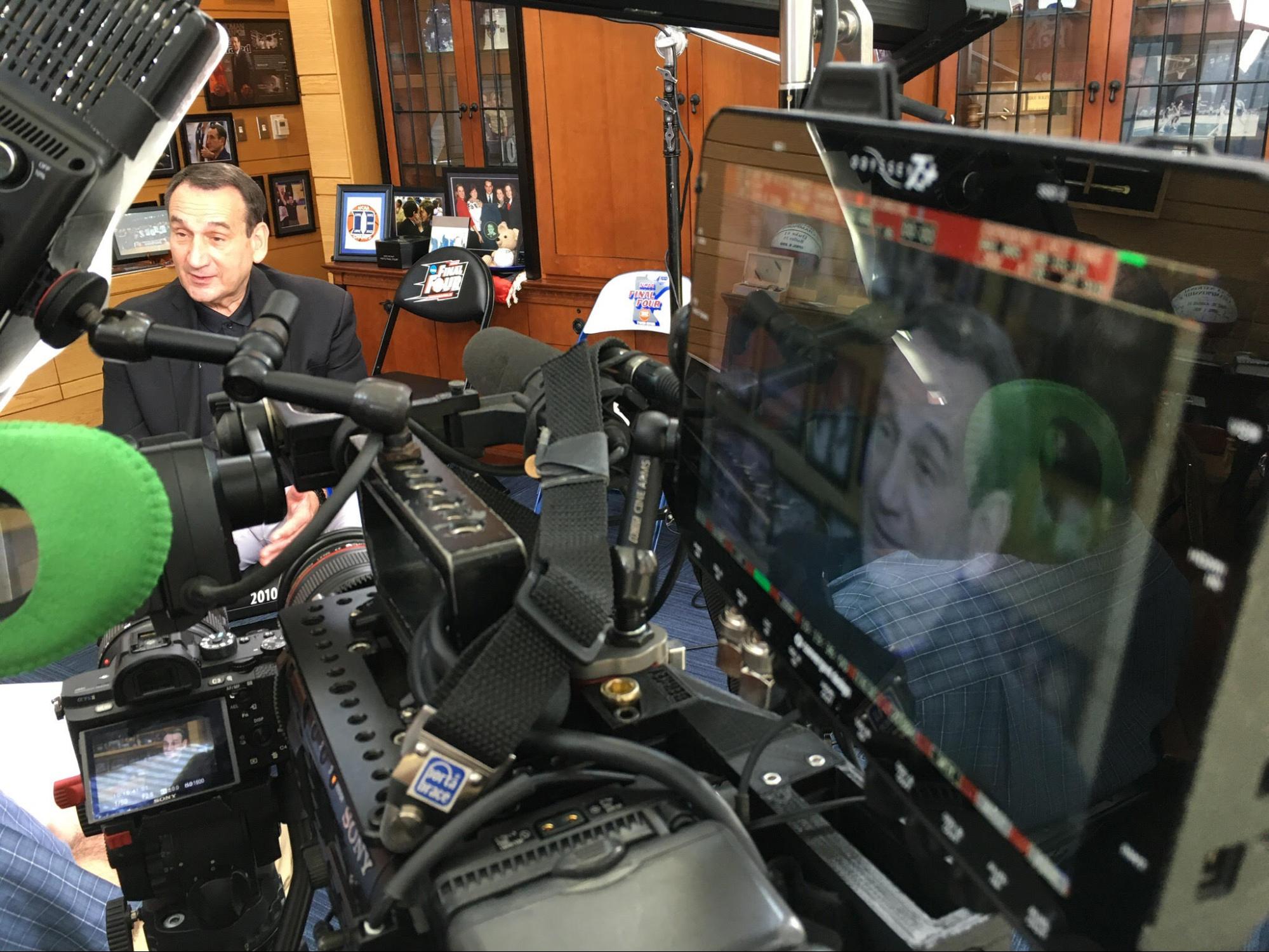 “Nothing but net!” says London-based Goalhanger Films when working with Coach Mike Krzyzewski.  The Duke University basketball coach sat down with Goalhanger for an interview about coaching international basketball.  He has been the Blue Devils coach for the past 38 years! 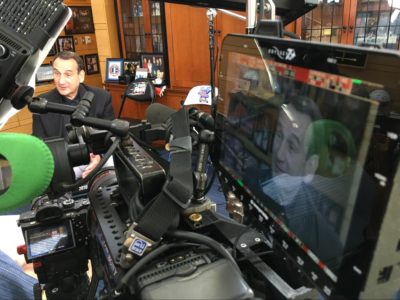 Aside from the interview, our crew captured B-roll of Coach Mike’s impressive trophy and memorabilia display. Among the accomplishments was a box of Wheaties with Mike pictured on the front. 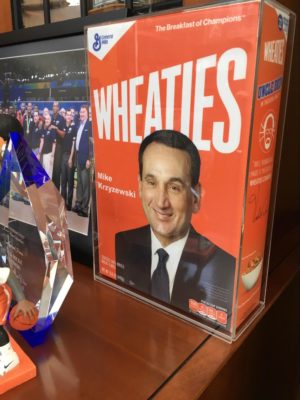 Our crew had a great time working with Goalhanger Films highlighting the iconic Duke Basketball coach! We look forward to working on more projects together in the future!