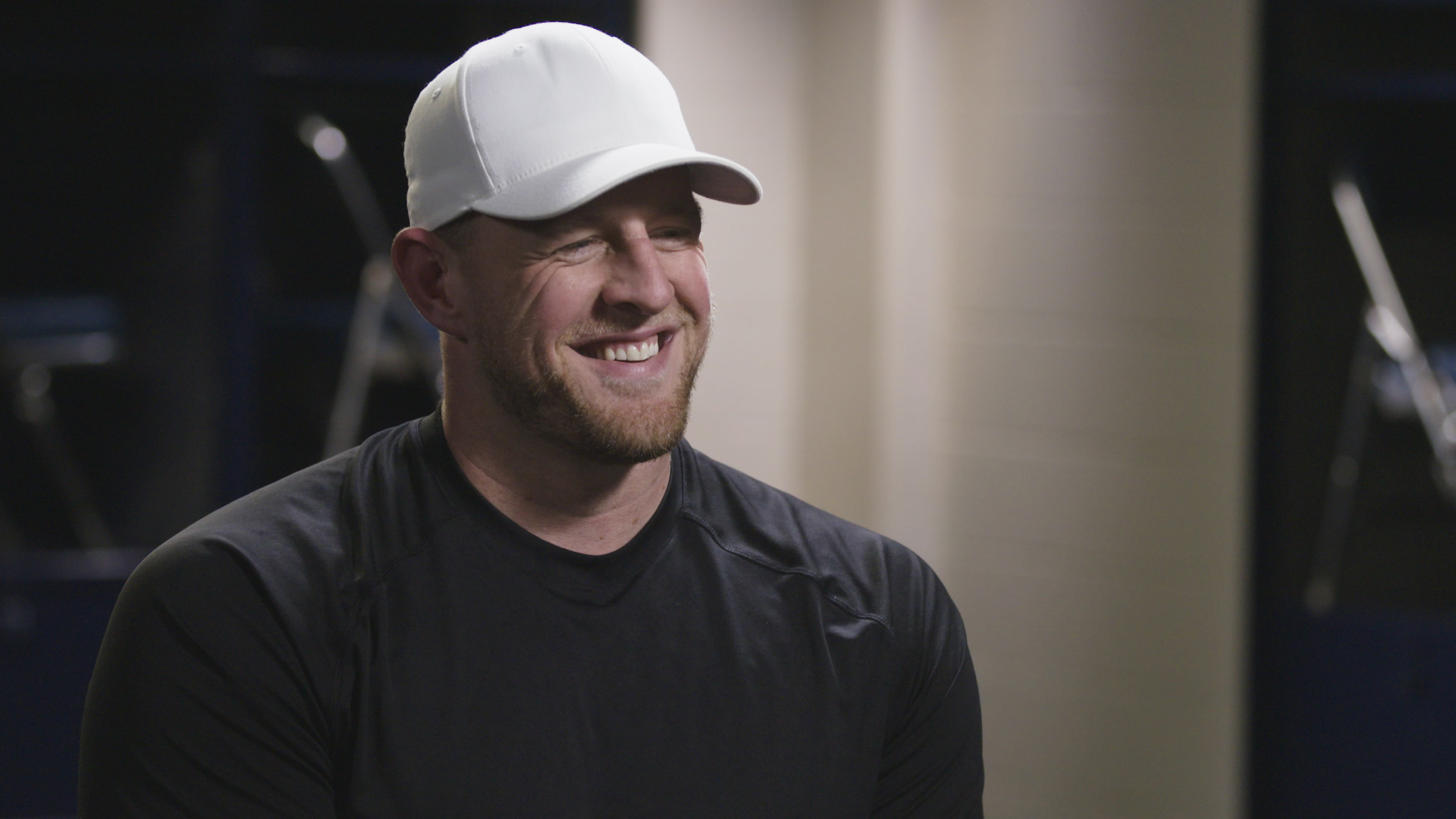 Football isn’t the only sport that star defensive linemen JJ Watt is passionate about. Watt sat down with former Premier League players and hosts of the NBC Sports Radio Show “The Two Robbies Football Show,” Robbie Mustoe and Robbie Earle, to discuss his love for soccer. Say what?! Isn’t he one of the most famous football players in the NFL?! 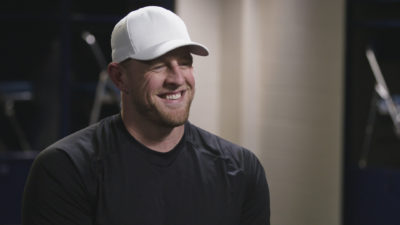 If you are a JJ Watt fan, don’t panic. He is not leaving the NFL to join MLS any time soon (even if he might be out on injury for the rest of the season). 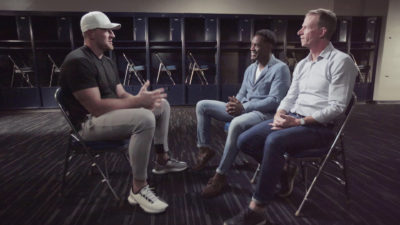 The NBC Sports hosts were joined by Go To Team’s Houston cameraman, Kirby Clarke, and Waco DP, Roger Woodruff. The interview took place in the Texans’ away lockerroom where The Two Robbies talked about JJ’s fiance’s soccer career, and how he got interested in the Premier League. 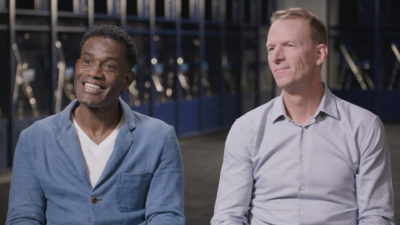 The crew utilized a Sony F5 and A73 to capture the locker room interview between the current and former pro-ballers. To light the interview, the crew set up Astra Light Panels and an Arri Tungsten Kit. This lighting setup is ideal when in dark rooms and you need to separate the talent from the background on camera. 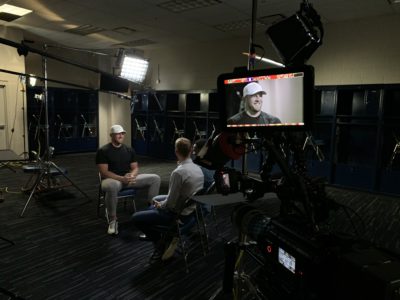 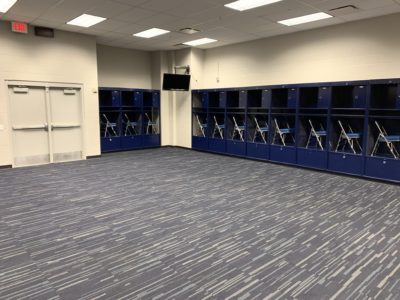 We would like to say thank you so much to NBC Sports for letting our video camera crews shoot this interview! We look forward to working with you again on future projects!