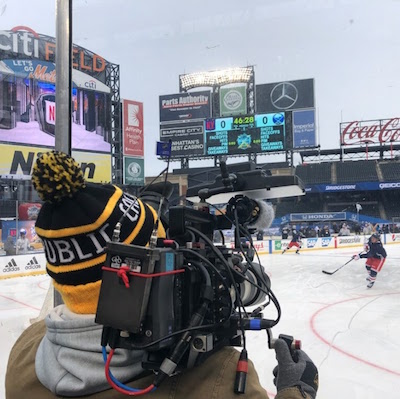 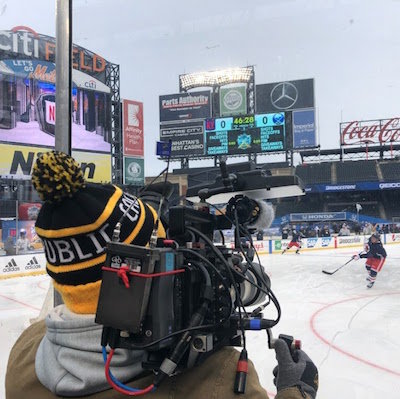 Did we get slimed? No. But a few hockey players sure did! We went behind the scenes of a Nick Sports slime shoot where the Buffalo Sabers and New York Rangers were competing in this year’s NHL Winter Classic on January 1st. It was as fun as it sounds. The day started out with a bunch of B-roll during hockey practice, beauty shots of the Citi Field arena. They transformed the Mets stadium into a hockey fan’s dream. After practice, we played some games with the players. Yes, we slimed them. A lot. It was wild. 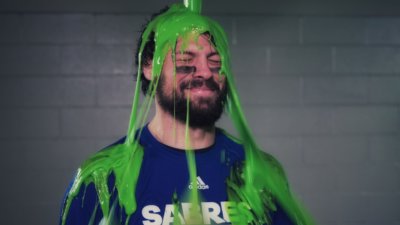 Behind the Scenes of the NHL Winter Classic

This game marked the 10th anniversary of the NHL Winter Classic. The Rangers came out on top with a 3-2 win in overtime. Nick Sports has been making strides to keep kids interested in sports. And what gets a kid more excited than by sliming their favorite athletes? The slimes our video production crews shot were aired on the jumbotron during the game that was aired on NBC. 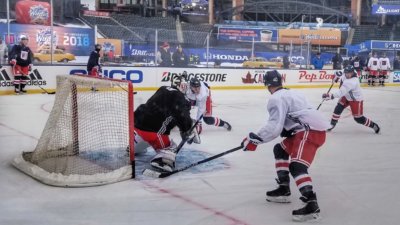 It was a blast to work with a fellow GTT cameraman, Nick Sports and cool athletes. It will go down as one of the best projects of all time. What a great way to start the new year!#MakeCoolTV 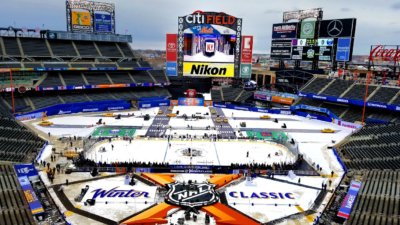 Check out some of the other hockey shoots our video production crews have been a part of! ESPN The Body Issue shoot with the Women’s National Hockey Team, 2016 NHL All-Star Game for the NHL Network, and Anaheim Ducks in the Playoffs for the NHL Network.